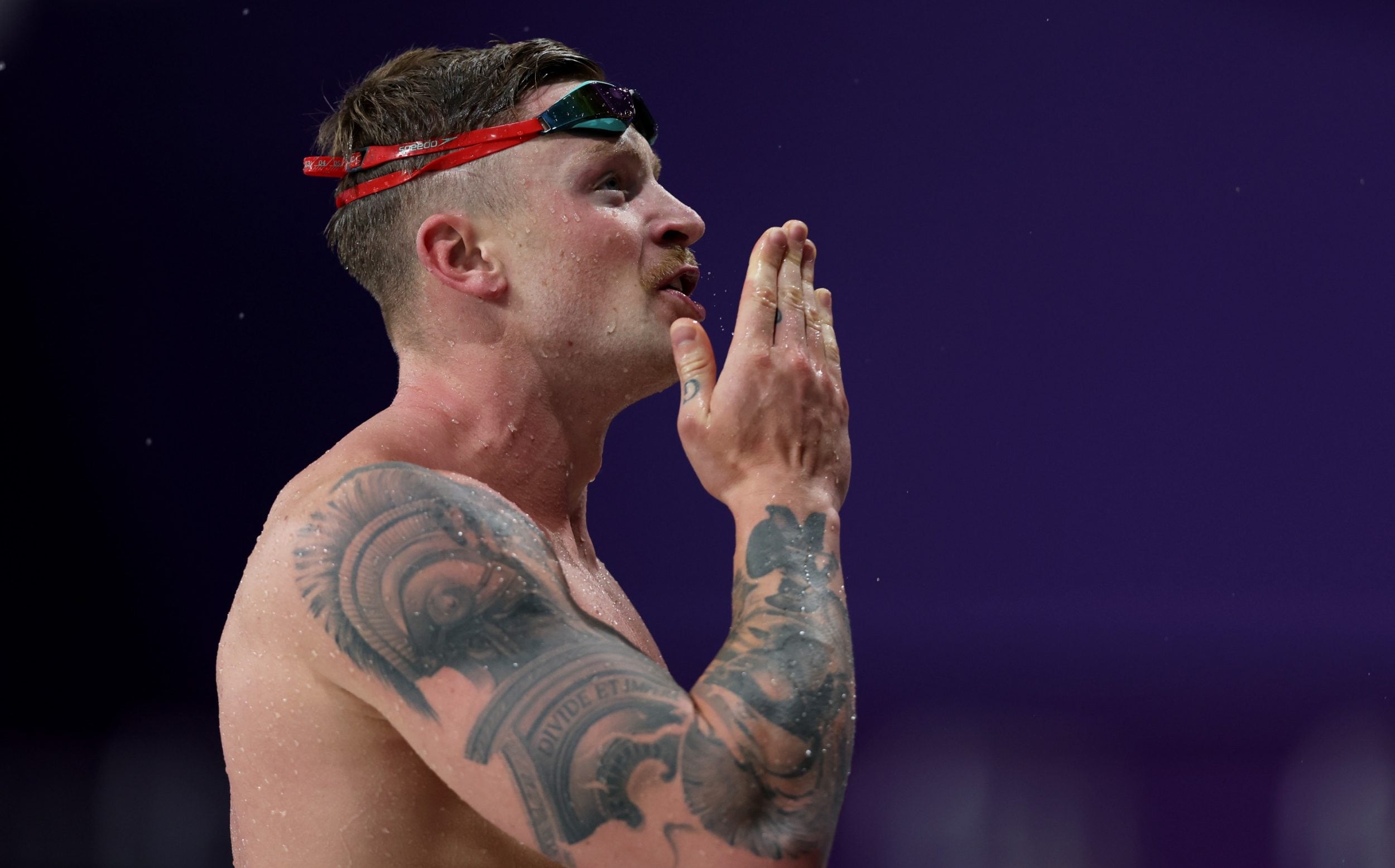 Adam Peaty recovered from “the lowest of the lowest” when he finished a roller coaster in recent days by winning gold in the men’s 50m breaststroke in his last Commonwealth Games race.

Peaty’s eight-year undefeated 100-meter run ended on Sunday and he admitted he had expected too much of himself in his comeback from a broken foot sustained in a training accident 10 weeks ago.

But he warned his rivals that he was like a cornered lion ready to “bite” back, duly claiming the only major gold medal missing from his massive collection after hitting the wall first in 26.76 seconds. had touched.

He had suggested he was “not concerned” about these Games with the 2024 Olympics in mind, but after straddling 0.21 seconds ahead of Australian silver medalist Sam Williamson and Scottish bronze-winner Ross Murdoch stood on a lane marking and went out. a huge wave of emotion.

Peaty revealed that it was Murdoch who persuaded him to continue competing in this event, 48 hours after his fourth place finish in the 100m, which the Englishman revealed was close to bottoming out.

“I was on the lowest of the lowest,” said the three-time Olympic champion and world record holder in the 50 and 100 meters. “I had something that was almost guaranteed to be taken from me. I took it for granted.

“I told Ross I didn’t want to do the 50 meters and he said I would regret it years later, for the rest of my life. What happened (in the final) was the emotion and rawness – that’s what you saw.

“I struggled because I had no race exposure. I didn’t know what I was doing. I just went down with my heart and soul. It took until now to find that. It was a very tough Games, a very difficult games.

“I literally came off the bottom. But you know what, I’m a fighter. I won’t let anyone else get it. They’re going to have to work hard for it. It’s a sweet win for me.”

Tell me about the opening ceremony

The opening ceremony took place on Thursday 28 July at the Alexander Stadium in Birmingham, with a live audience of 30,000 spectators and millions of viewers around the world. The Queen, 96, is the head of the Commonwealth but was not present, while Prince Charles intervened instead. Pop legends Duran Duran headlined the music acts.