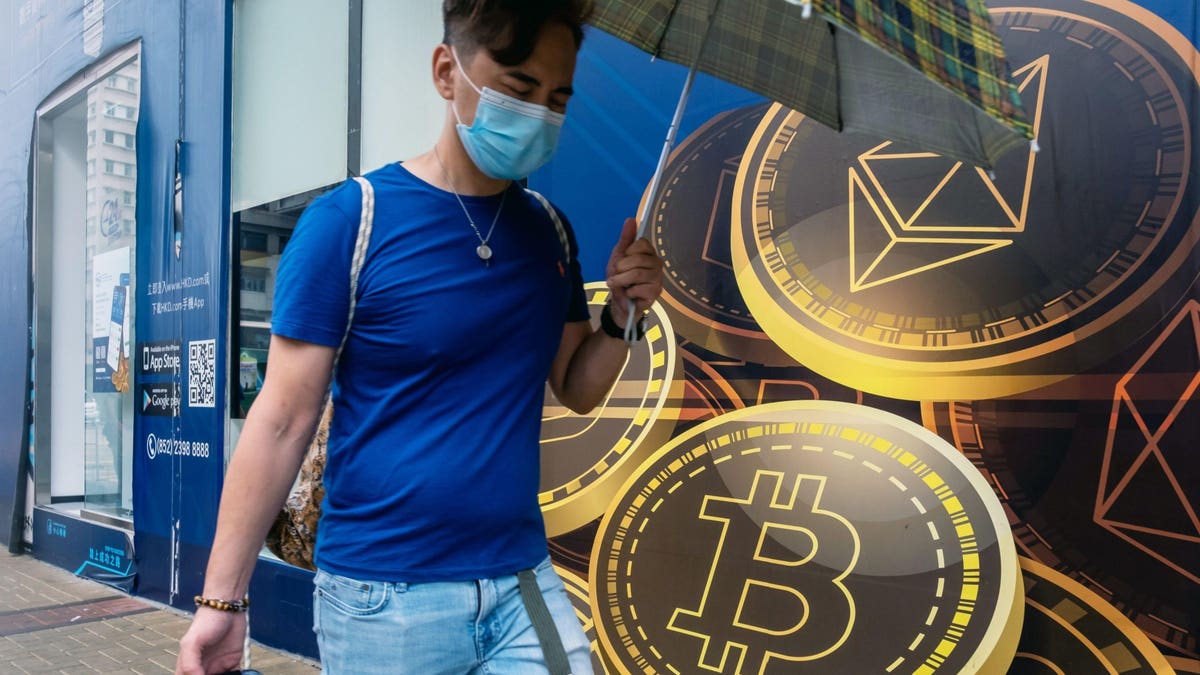 Watching the cryptocurrency game unfold in China, it’s hard not to think of Charlie Brown, Lucy, and football.

Charles Schultz’s cartoon “Peanuts” says more about the herd behavior of crypto enthusiasts than it looks. Each time, Lucy convinces Charlie that she will hold the ball so that he kicks. Each time, she pulls it off at the last second, Charlie landing prone on his back, pondering his gullibility. Optimism about bitcoin and its peers often seems like this.

China, of course, is Lucy here. In recent years, no country seemed more excited about crypto assets, both mining and trading, than China, where the first wave of major trade emerged. Time and time again, however, President Xi Jinping’s regulators have wrested growth and market potential, often quite suddenly.

Now, it looks like Xi’s team want to hide the ball for good. After banning mining and trading, he is targeting fintech and retail giants that could make crypto holders feel like they could actually do something with their wealth.

The People’s Bank of China will be rolling out its own digital currency in the coming months. In the meantime, he orders Ant Group and four huge public banks to crack down even more on transactions in privately created digital assets. When Beijing summons the Agricultural Bank of China, Construction Bank of China, Industrial and Commercial Bank of China, and Postal Savings Bank of China to sever ties with crypto assets, the market faces a period of existential introspection.

the what of China’s movement against the crypto world is evident. the Why, less then. It’s hard not to see this as the financial empire that sustains and enriches the Communist Party’s response. And reaffirm itself in a way that does not bode well for the direction of reform in Asia’s largest economy.

Ant’s role here, by far Asia’s most-watched fintech giant – and that goes for the crypto crackdown, too – doesn’t seem like a coincidence. Few of the world’s chieftains have had eight months harder than Alibaba Group founder Jack Ma, who set the juggernaut Ant in motion.

October 24, Ma delivered what could be recorded in posterity as the costliest speech ever. That day in Shanghai, Ma seemed to forget that in China, the boards of directors of Alibaba and Ant don’t really report to shareholders but to Beijing. The epic fallout from China’s most famous innovator claiming out loud that Chinese regulators don’t understand the internet and calling the country’s state-owned banking giants “pawnshops” have been swift and furious.

Within days, Ant’s long-awaited initial public offering, worth $ 35 billion, was the largest in history. It was as much a blow to Ma’s inner circle as it was to Chinese investors. In 2014, Ma listed Alibaba in New York. At the time, it was the largest IPO ever and heralded the arrival of China as a major tech disruptor.

In November 2020, however, Ma had planned to go public with Ant in Shanghai and Hong Kong, leaving Wall Street throbbing with envy. That was, until the Chinese authorities pulled the plug.

Conventional wisdom is that Beijing sidelined Ant to bring financial risk under control – a kind of “downtime” to strengthen China’s regulatory framework. But Ant’s plans were well publicized before Ma’s speech, including the IPO prospectus.

The Chinese leadership certainly knew on October 23 what Ma was planning before declaring, a day later, that “today’s financial system is the legacy of the industrial age. We need to create a new one for the next generation and the youth. We need to reform the current system.

The most likely story here is that Ma, ruffling the feathers, gave regulators the chance they had long sought to cut off her wings. And those of Ant, whose ambitions to overthrow China Inc. have become a major concern for Beijing. Many owe their power – and their personal fortunes – to the public sector, which remains at the center of the economy.

Ant was about to disrupt matters in historic ways. In the beginning, FinTech companies were to be middlemen between lenders and consumers, not institutions that might need to set aside capital buffers. Still, Ma’s ambitions to shift from payments to insurance to investments and other businesses could tantalize China Inc., especially if its peers follow suit.

Suddenly there would be valid questions about where this fintech revolution leaves the Agricultural Bank of China, the Construction Bank of China, and the Industrial and Commercial Bank of China. Who needs sprawling old banks as smaller, more secluded financial startups emerge to modernize mainland banking. What if the Ant-Alibaba universe wanted to issue its own digital currency, like Facebook’s hopes for a payment method based on the “Diem” blockchain?

The use of private currencies that could be used to evade detection, taxation and foreign capital flows pose a fundamental risk to Beijing’s sense of control. As China’s big tech industry grows in every nook and cranny of mainland finance, it will collect tons of data – and influence – in a country the government is used to monitoring.

This threat explains why it’s no longer just Ant in danger. Dozens of Chinese tech billionaires in Davos have also been put on notice. This network includes operator WeChat Tencent, Internet search giant Baidu, and a myriad of other well-known names.

Nothing threatens China’s top-down system more than cryptocurrencies which are essentially streams of encrypted money. So expect Lucy-China to continue playing with crypto asset enthusiasts for now. But there should be no confusion over ending Beijing’s love-hate drama with bitcoin. Wrong.