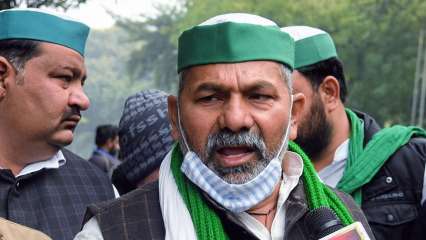 Continuing the protest against the government’s farm laws, farmer leader Rakesh Tikait once again warned that farmers will hold a huge tractor rally alongside the Republic Day parade on January 26. indefinite period and farmers and formed a committee of four members to hear the complaints of farmers.

“Farmers will continue to protest farm laws until they are repealed. If our demands are not met, you will witness a large tractor rally alongside the Republic Day parade on January 26, ” Tikait said.

Union leader Bharatiya Kisan (BKU) reiterated that the farmers will not return until the government withdraws the laws, saying they are ready to extend their protest until 2024.

“This is our strategy. The Republic Day Parade will take place on January 26th, but if the three laws are not withdrawn, we will be having a big tractor march. The more the government calls us terrorists, the stronger our protest will become than ever, ” Tikait warned.

He also said that on January 23, farmers will hold a protest outside the offices of governors in various states.

“We went to Maharashtra, now we will go to Odisha, Karnataka and Himachal Pradesh to mobilize support for farmers. We will be running campaigns across the country. On January 23, we will hold protests outside the offices of governors of various states, ” the BKU chief said.

He added, however, that talks with the government would continue as scheduled on Friday.

Notably, the Supreme Court on Tuesday suspended implementation of agricultural laws until new orders were issued and formed a four-member panel to listen to farmers’ grievances and resolve the issue.

On the court’s decision, Tikait said the unions will review the court order to decide on the action’s further action and issue a statement after holding a meeting with the central committee and the legal team.

Tikait also said the tractor rally will continue according to plan on January 26 and farmers will not leave the borders.

Sasikala was transferred to the central prison hospital after complaining of fever, his condition is now stable

Biden inaugurated as 46th president amid cascade of crises