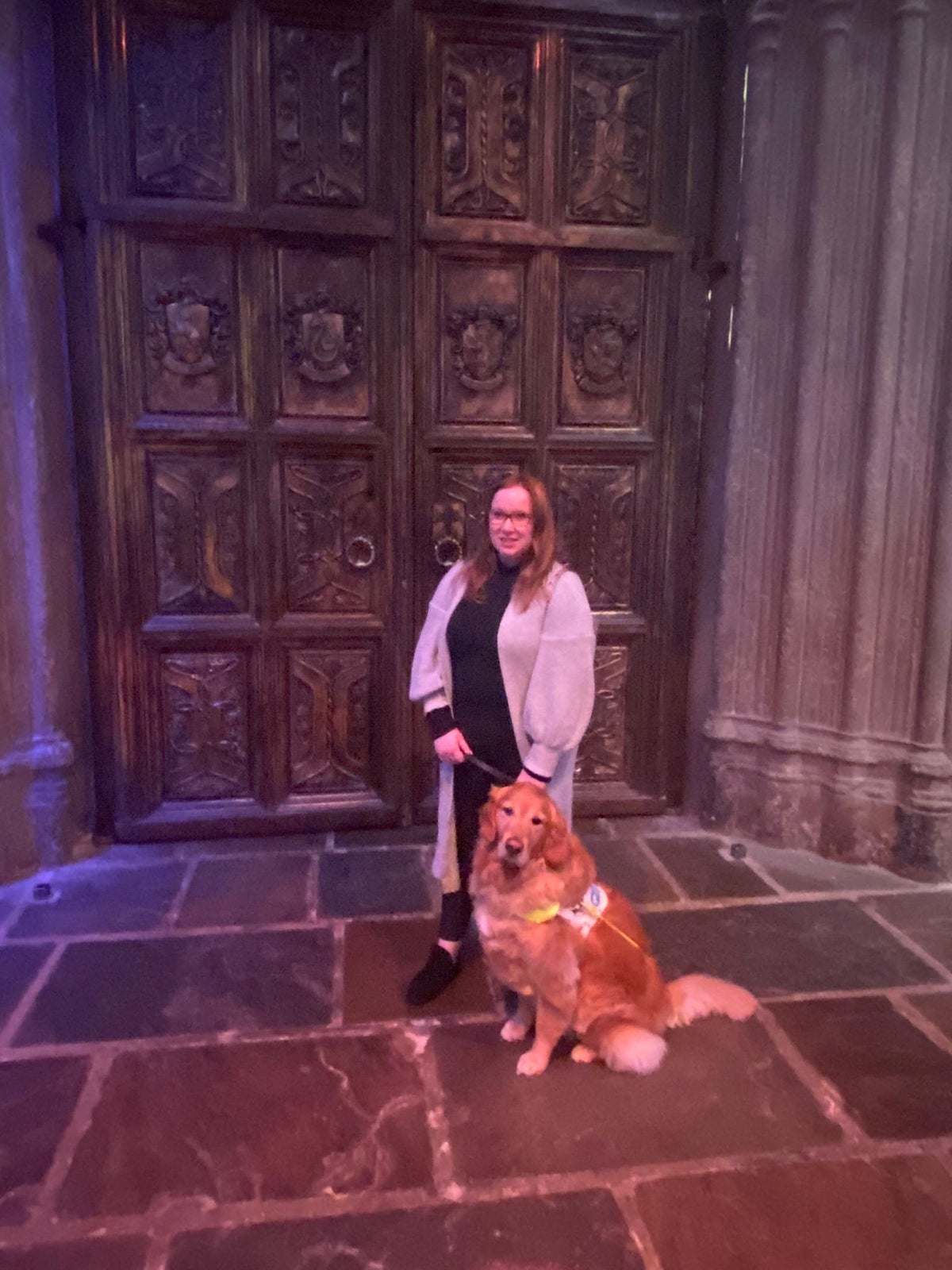 A blind woman said she was “shaken” after a “scary” ordeal in which she was kicked out of a Premier Inn hotel in north London late at night after being accused of having a “fake” guide dog.

Angharad Paget-Jones, a 29-year-old data analyst, said: TBEN the situation felt akin to “bullying” and “harassment” and was also “discriminatory”.

Ms Paget-Jones, who lives in Port Talbot in South Wales, explained that she checked into the hotel in Enfield around 8pm on a campfire night with her partner and that there were initially “no problems” getting her guide dog named Tudor in. to bring.

Ms. Paget-Jones, who tweeted about the ordeal, noted that she then fell asleep in the hotel room while her partner took her dog outside in his fluorescent lead harness.

“The same person who checked us in now said ‘no dogs’ and we had to prove he was a service dog. My partner came back to the room,” she said.

“Not long after, there was a knock on the door. Half asleep, I opened the door. At no point did anyone identify me who they were. It was late at night and I used the door to maintain my modesty. They demanded documentation.”

She then told them she had her service dog ID booklet and would show it to them when they got management, Ms Paget-Jones added.

She said: “I closed the door because I was undressing. They claimed I was aggressive for closing the door and slamming the door, but you can’t slam a fire door either.

“A few seconds later they barged in with a master key. Again, they had never made themselves known to me at any point. It was really scary.

“My ID was shown to them. They said it was just a thin piece of paper that could have been bought online. They said you had to go.”

The ID book, managed by Assistance Dogs UK, contains a photo of herself, her dog, her owner number, his microchip number, his weight, along with other details about him.

Ms Paget-Jones, also a disability rights advocate, said she was only in a T-shirt and her underwear while talking to hotel staff – adding that the door was open all the time so everyone could get in. walk.

She explained that they called the Met Police during the ordeal but refused to help, as it was a civil rather than a criminal matter. She believes it was two women and a male security guard who threw her out of the hotel, she added.

“I had to get dressed in front of them because they wouldn’t allow me privacy,” Ms Paget-Jones said.

“It felt like they had made a decision and nothing I said mattered. They were aggressive with their tone. As we left the hotel, I heard them say behind me that she didn’t look blind.”

Ms Paget-Jones, who plans to take legal action against Premier Inn, said it was around 10:30 p.m. when they left the hotel, noting that there is no legal requirement to have a service dog ID booklet. provided under human rights and equality laws.

“I have some useful vision during the day. At night I have no vision at all. The dog was startled. There was no need, if they wanted ID they could have waited until morning.”

Premier Inn has said it is “shocked and appalled” at the allegations and an “urgent investigation” into the incident has already begun.

Here’s what England, Wales, US and Iran need to qualify for last 16 World Cup matches