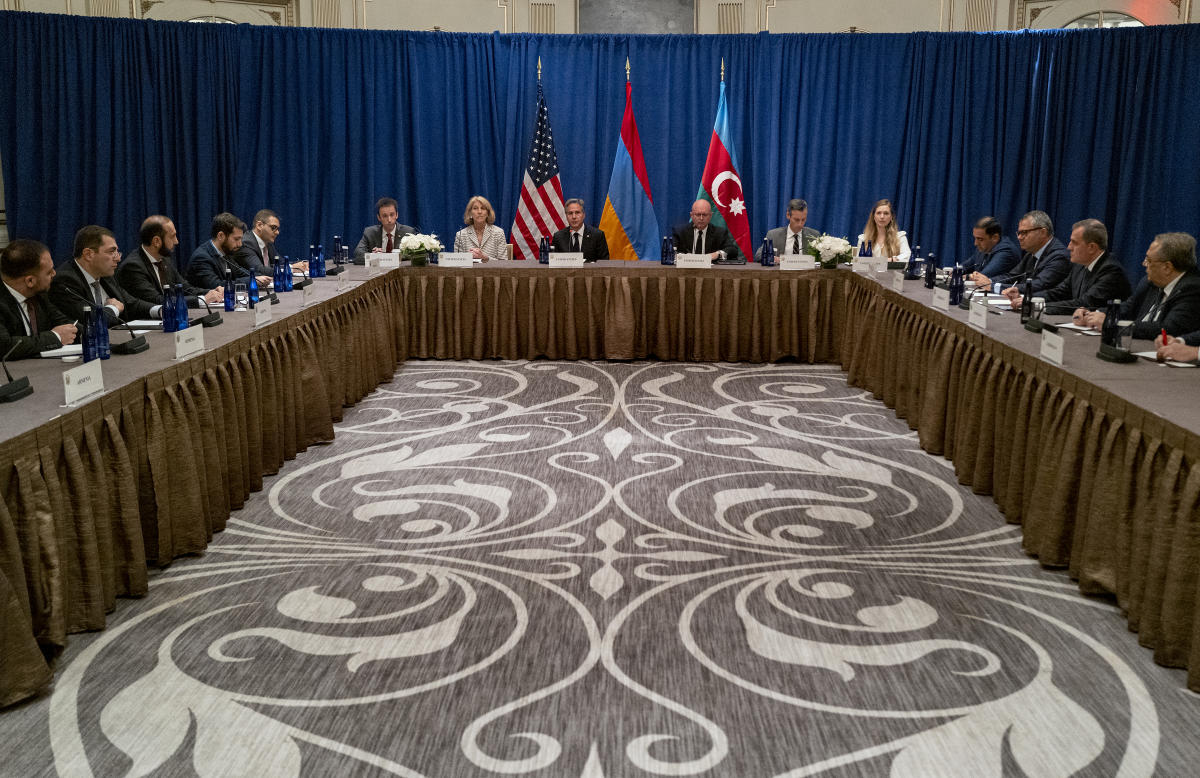 NEW YORK (TBEN) – US Secretary of State Antony Blinken met Monday with the foreign ministers of Armenia and Azerbaijan in an effort to ease tensions and negotiate a fragile ceasefire between the ex-Soviet countries and rivals after the largest outbreak of hostilities in more than two years.

Blinken brought Armenian Foreign Minister Ararat Mirzoyan and Azerbaijani Foreign Minister Jeyhun Bayramov together in a New York hotel on the sidelines of the annual UN General Assembly. It was the first face-to-face meeting of foreign ministers since two days of shelling last week by both sides that killed more than 200 troops.

Only Blinken spoke at the beginning of the meeting when the Armenian and Azerbaijani delegations sat gloomily on opposite sides, separated by US officials.

“We are encouraged by the fact that the fighting has ceased and that there has been no shelling,” said Blinken, who has spoken to the leaders of both countries several times.

“Strong, lasting diplomatic engagement is the best path for everyone,” he said. “There is a path to a lasting peace that resolves the differences.”

The meeting was held just a day after US House Speaker Nancy Pelosi visited Armenia and condemned Azerbaijan’s attacks and complaints from Baku.

Ahead of Monday’s meeting, Bayramov said his country is “satisfied with the level of relations” with the US and said his direct talks with Mirzoyan were not unusual.

“We are always open to meetings,” he says.

The two Caucasus countries are embroiled in a decades-old conflict over Nagorno-Karabakh, a region of Azerbaijan that has long been under the control of ethnic Armenian forces supported by Yerevan since a separatist war in 1994.

During a six-week war in 2020, Azerbaijan captured large parts of Nagorno-Karabakh and adjacent areas held by Armenian forces. More than 6,700 people were killed in those fighting.

Armenia and Azerbaijan have blamed each other for starting last week’s shelling.

For more information about the UN General Assembly, visit https://apnews.com/hub/united-nations-general-assembly.