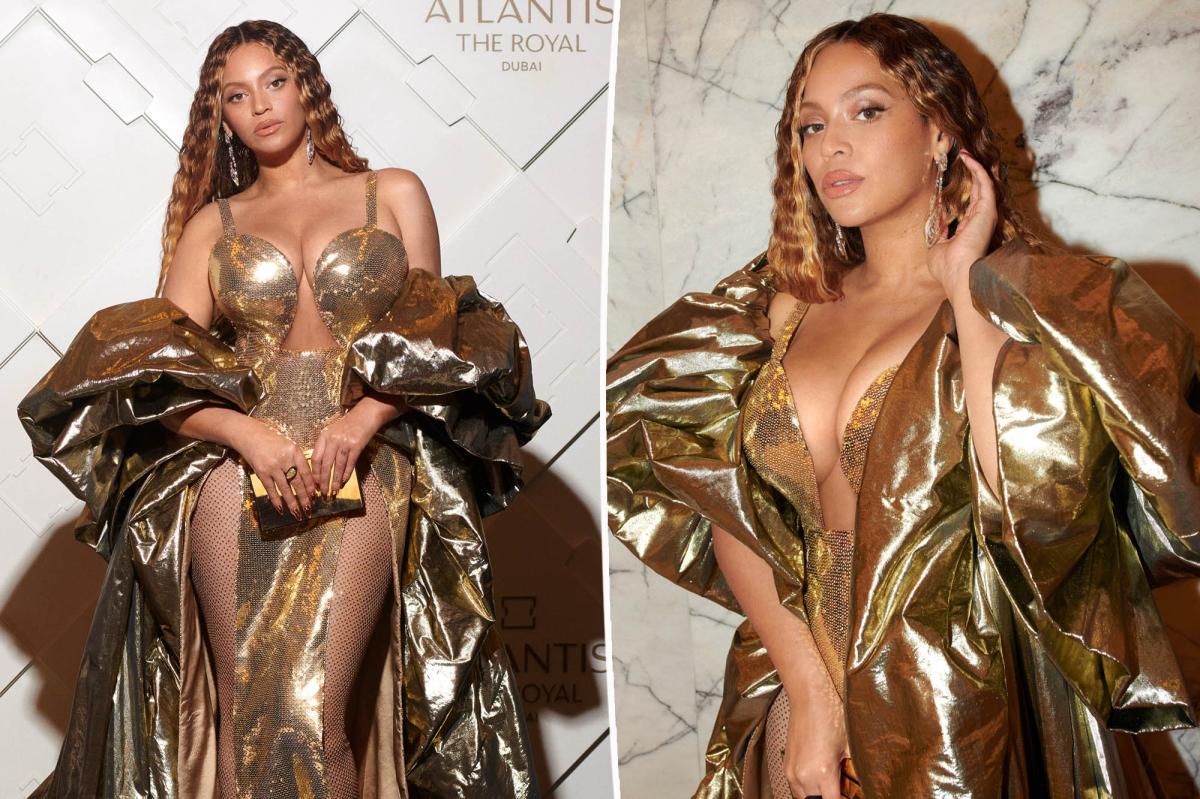 Beyoncé’s return to the stage was a family affair.

Blue Ivy joined her mother on stage during her performance at the opening of the Atlantis The Royal hotel in Dubai on Saturday night.

“Blue Ivy came out during ‘Brown Skin Girl,'” a source says. “She looked grown up in red, danced and had a microphone, but she wasn’t singing.”

Beyoncé also told the crowd that her husband, Jay-Z, was there with her parents, Tina and Mathew Knowles, as well as her 5-year-old twins Rumi and Sir.

During the hour-and-a-half performance, which reportedly started more than an hour late, fans were forced to bag their phones and were even reprimanded by security if they were seen sneaking photos.

Despite the delay and strict cell phone restrictions, a source told Page Six that the 41-year-old “looked like a goddess” and “sounded perfect”.

She started her show with ‘At Last’ by Etta James and sang hits like ‘Beautiful Liar’, ‘Halo’ and ‘Crazy in Love’. However, we are told that she has not performed anything new.

This marks the first time in nearly five years that Beyoncé has headlined a live show, the last being the Global Citizen Festival in Johannesburg, South Africa, in December 2018.

The Dubai gig comes after she released her much-anticipated seventh album, “Renaissance,” which includes tracks like “Cuff It” and “Break My Soul.”

Page Six reported exclusively in September 2022 that Beyoncé will be taking “Renaissance” on tour this summer.

A source revealed to us at the time that the singer was booking stadiums around the world a la her 2016 “Formation” world tour and her 2014 and 2018 joint “On the Run” outings with her husband, Jay- Z.

Beyoncé has teased that more music is coming, as she described “Renaissance” as the first part of a “three-act project” that came to fruition during the COVID-19 pandemic.

However, it is unclear what the second and third act will be.

“To create [‘Renaissance’] gave me a place to dream and escape during a scary time for the world,” she wrote on Instagram in June 2022. “It allowed me to feel free and adventurous at a time when little else was moving.”

However, one thing fans can definitely count on is a collaboration with Britney Spears.

Multiple sources told Page Six exclusively earlier this month that Beyoncé had asked Spears to appear in a new music video, but it ultimately fell through.