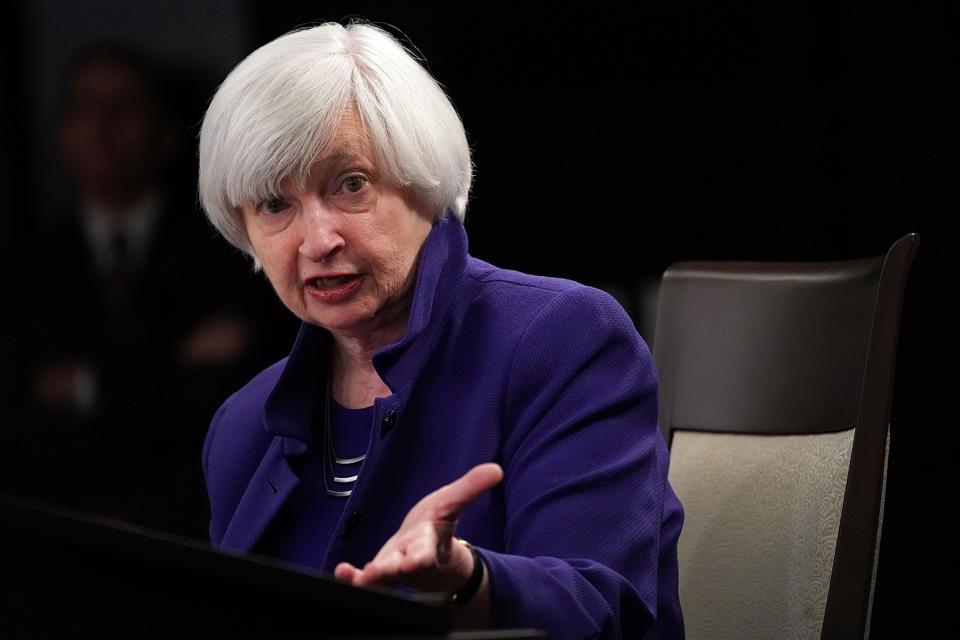 There was a time in the pre-pandemic era, when vibrant East Asian economies had a reliable playbook whenever the US Treasury complained about their soaring trade surpluses and undervaluation. currency against the dollar – buy a lot of Boeing commercial aircraft. As the US Treasury steps up monitoring of East Asian surpluses and valuations, buying Boeing is no longer a credible option given the dire financial situation of many of the region’s airlines. As economic conditions begin to recover, the question is whether the Biden administration is ready to abstain.

The first signs are rather promising. “The Treasury is working tirelessly to respond to the efforts of foreign economies to artificially manipulate their monetary values ​​that unfairly disadvantage American workers,” Janet Yellen said on April 16 after the release of the US Treasury’s semi-annual report on macroeconomic and exchange rate policies the United States. main trading partners. In particular, the report identified Switzerland, Vietnam and Taiwan as meeting the criteria set by US law to determine whether or not a country intervenes in currency markets to artificially undervalue its currency in order to gain an unfair trade advantage. . However, in what appears to be a diplomatic compromise, the report noted that there was “not enough evidence” to conclude that Switzerland, Vietnam and Taiwan were manipulating their exchange rates. To keep up the pressure, the Biden administration will now engage in “enhanced engagement” with the three countries and, to a good extent, has also placed 11 other countries on its “watch list.” They include trade heavyweights like China, Germany, Japan, Korea, Ireland, Italy, India, Singapore, Malaysia, Thailand and Mexico.

The next report will be released in the fall, and reading the tea leaves in Washington gives the impression that the Treasury will continue to rig the issue. The question is, why do you focus on the so-called currency manipulators when you are not keen on taking political action? Even on China, where there is a broad consensus in Washington on the undervaluation of the renminbi, which was contradicted by the IMF in its own analysis of China’s real effective exchange rate (REER), the Treasury simply “ urged “Beijing to improve transparency. The release of the Treasury report makes sense in the domestic context – with the administration keen to protect its political flanks by not giving Republicans an opportunity to complain about being kind to China.

What reasonable policy options does the US Treasury have to ensure that the Swiss franc, the Vietnamese dong, the new Taiwan dollar, and the currencies of major trading partners are not misaligned or undervalued? The previous administration’s preferred approach was to impose trade and financial sanctions, a brutal instrument that inflamed relations and had questionable impact. The Biden administration has indicated that it prefers to seek a diplomatic solution by sitting down with trading partners and exploring policy solutions to reduce burgeoning trade surpluses and increase valuations of currencies against the dollar.

There are several obstacles to this approach. First, many countries are still recovering from the economic impact of the pandemic and have limited fiscal and monetary space. Second, the “buy America” provisions imposed by the Biden administration to increase jobs and investment in the country will make it difficult for US trading partners to commit to buying more or investing in the country. Finally, a one-size-fits-all bilateral solution may not work for all countries, and a multilateral approach under the G20 (where all countries commit to reducing trade surpluses, for example) has a better chance of success. As for Boeing, which was sitting on a record-breaking order book from Asia before the pandemic, the aircraft maker is hoping the region’s airlines will press the buy button before the next Treasury report is released later in the year. ‘year.

Despite new record, Nasdaq takes hits and slows down