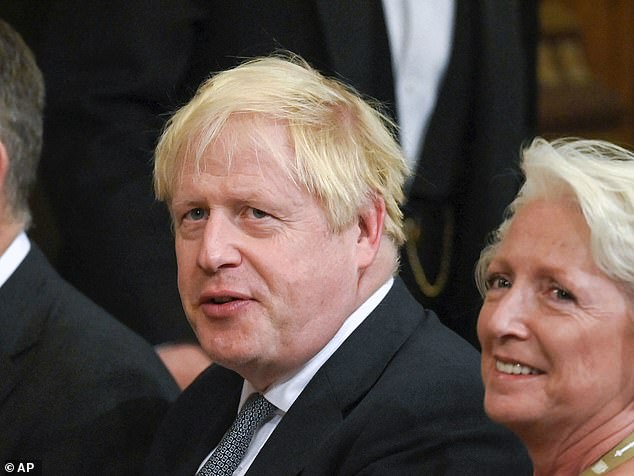 Boris Johnson’s blast in Ukraine: former prime minister claims Germany wanted the country to crumble quickly after Russia’s invasion and that France was ‘in denial’ until troops moved in

By James Franey for The Daily Mail

Boris Johnson has suggested that Germany wanted a quick defeat of Ukraine – while France was ‘in denial’ until Russian troops crossed the border.

The former prime minister said that before the invasion on February 24, there were different opinions about tensions between the warring countries.

He mentioned three of the EU’s most prominent countries in explosive remarks in an interview with CNN.

Mr Johnson said: ‘German opinion at one point was that if it happened, which would be a disaster, it would be better if the whole thing was over quickly and if Ukraine stopped. I thought that was a disastrous way to look at it. But I can understand why they thought the way they did.”

The former prime minister said there were differing views on tensions between the belligerent countries ahead of the Feb. 24 invasion.

Germany has been trying to reduce its dependence on Russian energy since Putin’s invasion, but the country is still facing a winter of potential blackouts and announced a £173bn energy bailout package in September. Mr Johnson added: ‘There is no doubt that the French were in denial until the last moment.’

French President Emmanuel Macron has been criticized for his handling of the crisis – visiting the Kremlin just weeks before Ukraine was invaded.

Mr Johnson also said the Italian government led by Mario Draghi ‘simply said at one point that they could not support the position we took’ – despite previously telling La Repubblica newspaper that they agreed about the issue. 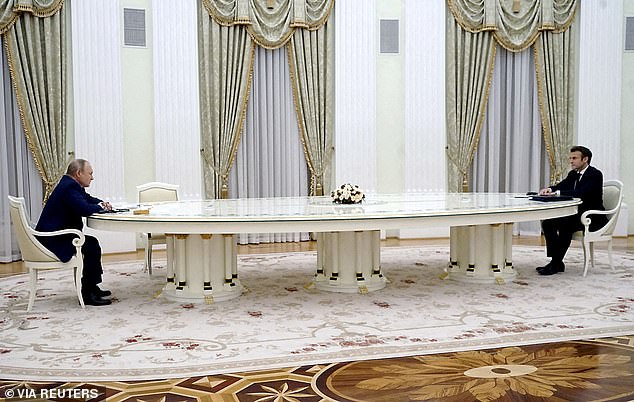 He again linked Italian reluctance to the country’s dependence on Russian gas. But the former prime minister said the West soon realized that it was impossible to negotiate with Putin and that a united front was needed. He said that ‘the EU has done a brilliant job’ since the invasion, adding: ‘After all my worries… I pay tribute to the way the EU has acted.’

A spokesman for the German government declined to comment, while the Elysee did not respond to requests. Sources close to former Italian Prime Minister Draghi were approached for comment.

It comes as pro-Kremlin military experts predicted last night that Russia could pull out of the Zaporizhzhia nuclear power plant after months of sustained shelling.

A group of Russian bloggers with close ties to Putin’s regime said they believe Moscow is ready to hand over Ukraine’s facility seized in March to the UN’s International Atomic Energy Agency (IAEA).

Rybar, a popular Telegram channel that correctly predicted when Kherson would return to Ukrainian control, said the transfer of the site has been discussed. It added that Russian nuclear energy giant Rosatom is struggling to maintain the area.

The Ukrainian presidential office refused to be guided by the reports.

The image of Australia on the Lego set sparks outrage