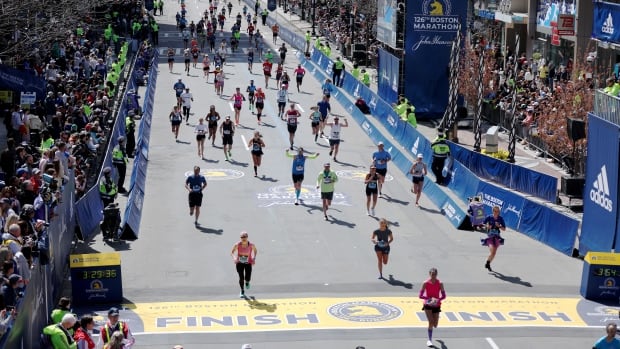 Non-binary athletes will be able to compete in the Boston Marathon next year without having to register as a member of the men’s or women’s division, race organizers announced Monday.

The Boston Athletic Association, which runs the prestigious marathon, said it has been working to expand opportunities for non-binary people — not just for the marathon, but for the BAA’s other races, including a 5K, a 10K and a half marathon.

The organizers confirmed the change when registration opened on Monday for the 127th running of the marathon on April 17, 2023. A field of approximately 30,000 is expected for the next spring edition of the legendary race.

Non-binary athletes can submit entry requests if they complete a marathon as a non-binary entrant during the current qualifying window, according to the BAA. It said it is still working on establishing qualification standards for non-binary participants, but that its online applications will include “non-binary” as a gender option.

“Talks are underway with non-binary athletes in an effort to further promote inclusion at all BAA events,” the organization said, adding: “We see this first year as an opportunity to learn and grow together. .”

Non-binary pro and 1,500 runner Nikki Hiltz, who came out as transgender last year and narrowly missed a spot on the US team for the Tokyo Olympics, praised the move.

“There is still so much work to be done, but I am thrilled that non-binary runners are being recognized by the Boston Marathon and BAA,” Hiltz tweeted.

The Boston Marathon is the last major marathon to begin adding non-binary divisions.

Last year’s Philadelphia Distance Run, a premier half marathon and 5K event, became the first major race in the US to establish a non-binary division and offer equal prize money.

The Brooklyn Marathon and Half Marathon followed in April. Eighty-two participants who registered as non-binary participants were among the finishers.

OPINION | This Ontario high school student changed his mind when he went to vote. This is why he will vote in...

ANALYSIS | Vladimir Putin has raised the stakes in the war in Ukraine. What now? | TBEN News