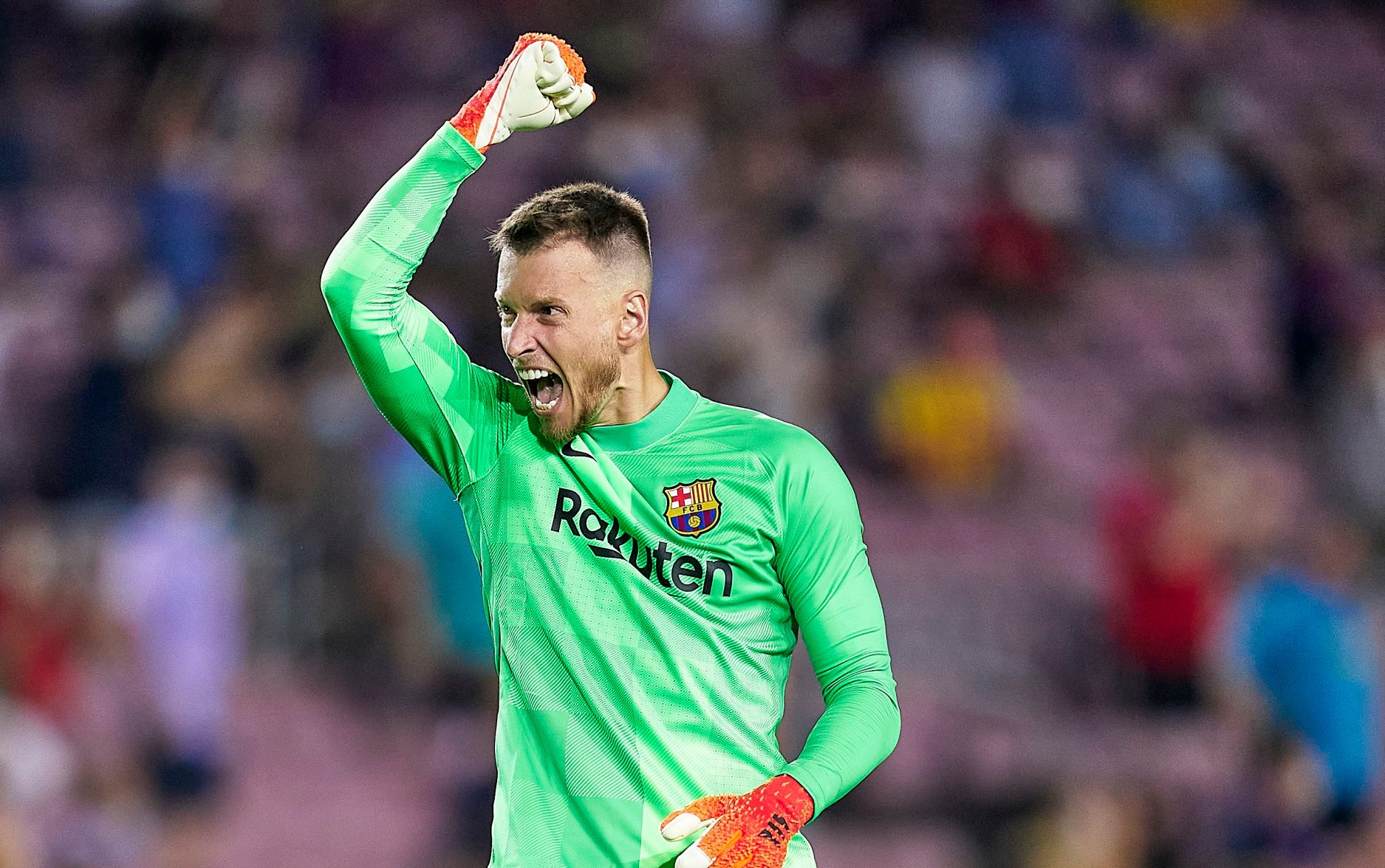 Bournemouth are on the cusp of signing Barcelona goalkeeper Neto as they desperately try to improve their worn-out roster before the Premier League kicks off this weekend.

The 33-year-old Brazilian will add much-needed experience and depth. Bournemouth currently only have goalkeeper Mark Travers, who was first-choice, and backup Will Dennis, who has only played once in the first team, on their books.

Telegraph Sport revealed the level of concern at Bournemouth as to whether they are equipped to even give themselves a fighting chance to avoid relegation after their promotion last season.

Manager Scott Parker has already expressed his frustration and, after losing eight players with just three signings to date – two of which are currently injured – he has claimed that the squad is weaker than the side that finished second in the championship. Just £10million – to Middlesbrough midfielder Marcus Tavernier – has been spent and he has only arrived this week.

Parker is pushing for some new signings with Bournemouth’s opening game at home to Aston Villa on Saturday and wants at least two more centre-backs – he currently only has three – to add to a squad that is woefully weak to compete. Bids are reportedly in for more defenders.

Neto is now in advanced negotiations with Bournemouth, having played four times for Barcelona last season as the understudy to number 1 Marc-Andre ter Stegen. Coach Xavi Hernandez has decided he can leave.

A free transfer will be announced soon for Neto, who had other options but has decided to move to Bournemouth and play in the Premier League. Parker wants him to create strong competition for Travers.

After last weekend’s friendly defeat at home to Real Sociedad, Parker claimed the club “didn’t want to give ourselves a chance to be competitive” and the apparent lack of ambition has led to confusion and concern at Bournemouth.