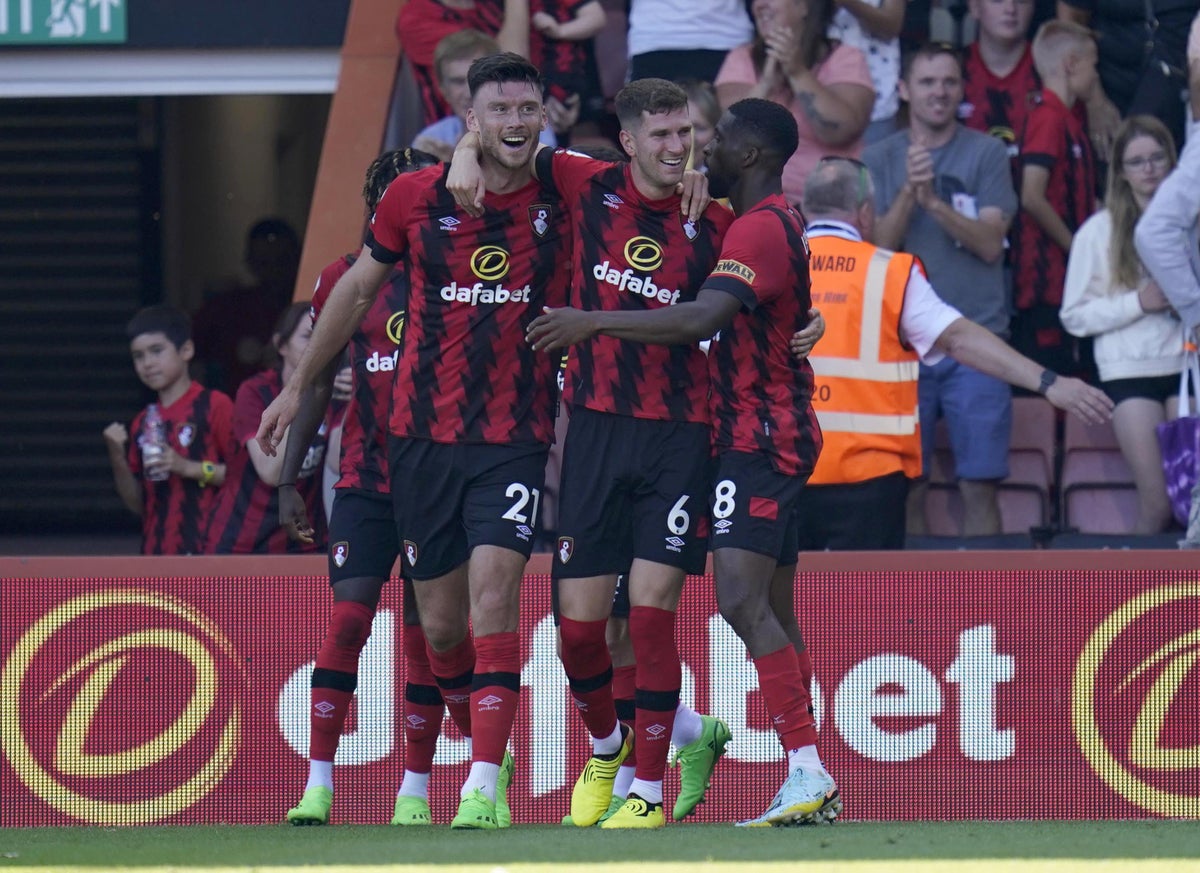 Scott Parker won the battle of the former England midfielders as his newly-promoted Bournemouth side had a dreamed-up Premier League return with a 2-0 win over Steven Gerrard’s Aston Villa.

Goals on either side of halftime from Jefferson Lerma and Kieffer Moore gave the Cherries a deserved victory at Vitality Stadium.

Gerrard, who played alongside Parker at Euro 2012, was frustrated for much of the afternoon and had plenty to think about on the journey home.

His expensive team dominated possession in the sun on the south coast, but were toothless on offense.

Bournemouth played their 191st game at this level and the first without long-serving former manager Eddie Howe in the dugout.

Frustrated by a lack of transfer activity in the summer after promotion as championship runner-up, current boss Parker claimed last week that his side was “far from where we need to be”.

Still, he soon had reason for optimism when new signing Marcus Tavernier, one of four top-flight debutants, contributed to their opening game in the second minute.

Villa escaped relegation at Bournemouth’s expense in 2020 and also won their opponents’ first Premier League game on this ground in 2015.

With a top-half target for the season, Gerrard handed his debut to summer recruits Diego Carlos and Boubacar Kamara in Dorset, while former Cherries defender Tyrone Mings, who was stripped of the Villa captain’s armband in the summer, had to settle for a spot on the back. the bench next to England international Ollie Watkins and the again fit Emiliano Buendia.

The away team monopolized the ball for much of the afternoon, with the open period hectic and at times irritable.

Bournemouth’s insistence to play from the back led to some nerve-wracking moments for home support and former Cherries striker Danny Ings and midfielder Jacob Ramsey each threatened to equalize by testing Mark Travers.

On the other hand, Dominic Solanke and Adam Smith were close to increasing the home side’s advantage.

Gerrard responded to the half-time deficit by putting Buendia in place for Ramsey, one of four players booked for half-time by referee Peter Bankes.

Bournemouth started to sink deeper after the restart, inviting pressure and looking for a second of escape.

Villa’s new French international Kamara provided a rare moment of fear with a dip from distance with Travers at full power and flying just wide before Watkins was sent off instead of Ings.

Gerrard is under more pressure to deliver consistent results at Villa Park. This campaign has been on an up and down form since he came out of Rangers in November and his changes have had little impact.

Substitute Buendia showed flashes of inspiration before hopes of saving a draw were dashed 10 minutes before time when towering striker Moore expertly nodded to Emiliano Martinez after a cross from captain Kelly.

With Manchester City, Arsenal and Liverpool on the way in the next three weeks, Parker will no doubt be happy with a winning start as he quickly turns his attention back to the transfer market.