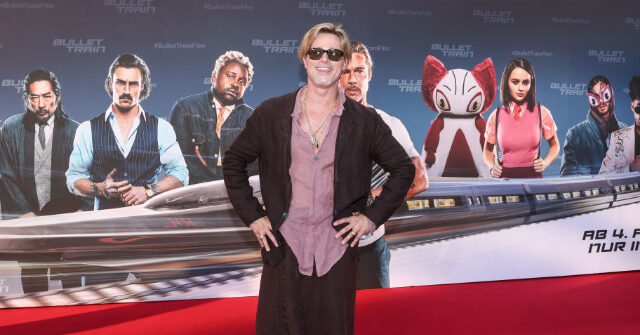 Actor Brad Pitt offered a bizarre explanation for why he recently wore a skirt to the bullet train premiered in Berlin, Germany, saying in part, “We’re all going to die.”

“I don’t know! We’re all going to die, so let’s screw it up,” the actor told Variety on Monday.

The fight club star also shared that while he was able to avoid getting hurt during the making of the film, some of his co-stars weren’t so lucky.

In the film, Pitt stars as a hit man who must fight his way through a train full of dangerous killers before the group of men all realize their assignments are overlapping and the situation spirals out of control.

It will be interesting to see how Pitt’s past star power translates into a world where many of his fans are likely to see him in a new and perhaps less hearty light.

In 2020, Pitt launched a politically charged rant at the Oscars as he took home his Supporting Actor award for Quentin Tarantino’s film Once upon a time in Hollywood.

“They told me I only have 45 seconds here, which is 45 seconds more than the Senate gave John Bolton this week,” Pitt said, referring to the Senate not calling John Bolton as a witness during the impeachment trial of the former president. Donald Trump.

“I think Quentin might make a movie about it, and in the end the adults are doing the right thing,” says de Babylon actor added.