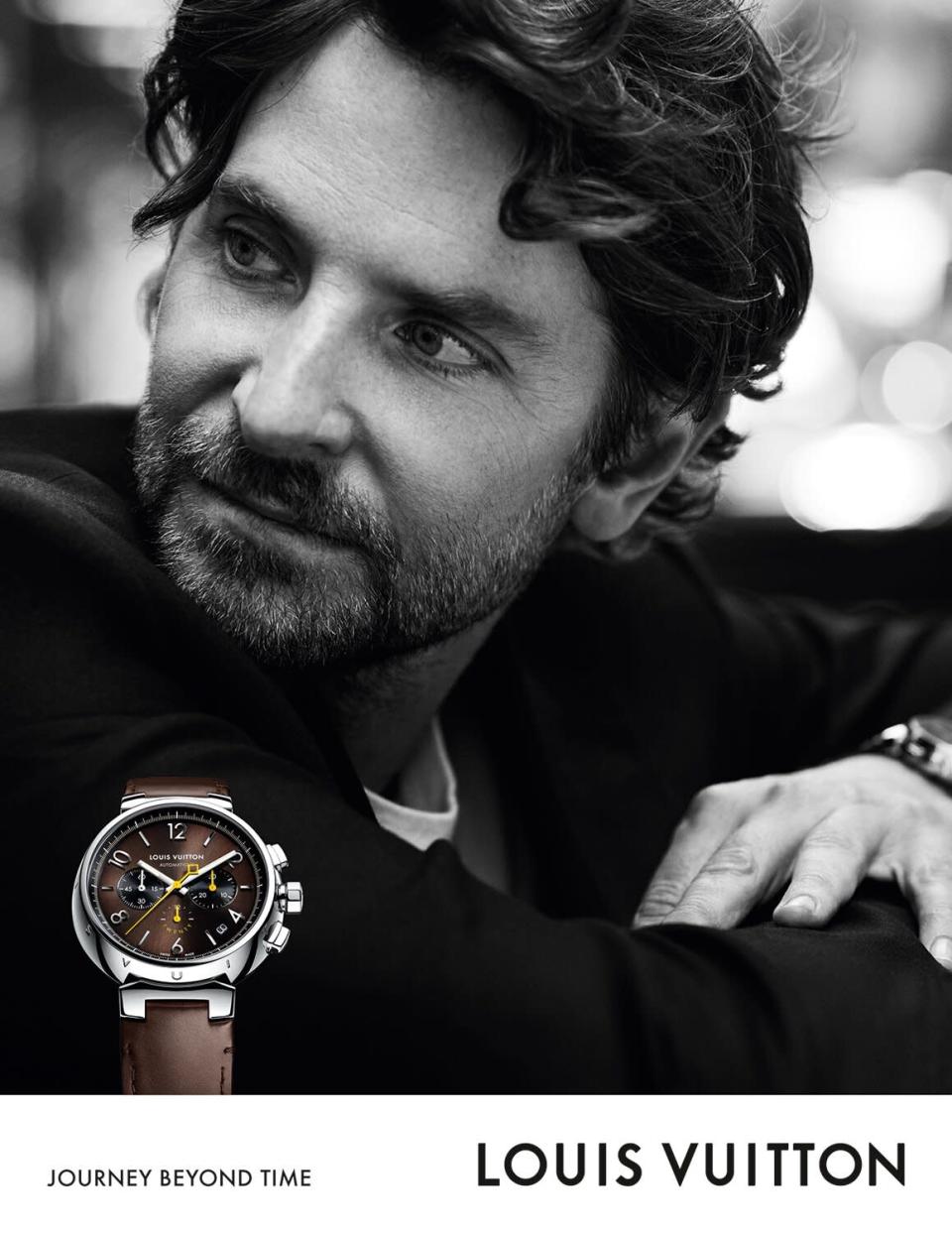 A style star is born!

Bradley Cooper is the face of Louis Vuitton’s latest campaign. This week, the fashion house announced that Cooper, 47, is the brand’s newest ambassador, and to kick things off, he stars in the Tambour watch’s 20th anniversary campaign.

The campaign features two different images of the Limitless actor, a close-up of his face and of course one of his wrist.

ALSO READ  Rosie O'Donnell told NBC executives she was gay before the daytime talk show: 'I didn't want them to find this out as a surprise'

In the video, Cooper is seen making his way through the streets of New York City, keeping time on his tambour watch. The shots go back and forth between Cooper navigating the city streets and a boy running through a natural landscape.

Cooper eventually finds himself on a rooftop overlooking the city, just in time for the sun to set. While checking his watch, the boy opens a small Louis Vuitton chest.

A description of the brand’s video reads: “A parallel odyssey of a man and a boy unfolds, leading from lush forest to urban jungle, from the endless possibilities of imagination to a realized dream, amid the streets and skyline. of New York City, in the shadow of the iconic Chrysler Building.”

According to a release from the brand, the Tambour Twenty will honor the original model first introduced in 2002 with new updates.

The Tambour Twenty pays tribute to the original Tambour by repurposing the iconic codes: a deep, flared 41.5mm case, a brown sunray dial, yellow chronograph hands and the engraved letters ‘Louis Vuittion’ on either side of the dial. closet,” the release said. .

These are paired with high-end features, including the LV277 high-frequency automatic chronograph movement; a 22-carat oscillating weight; a specially engraved caseback—indicating the limited edition of 200 pieces, and a custom monogrammed canvas case. “