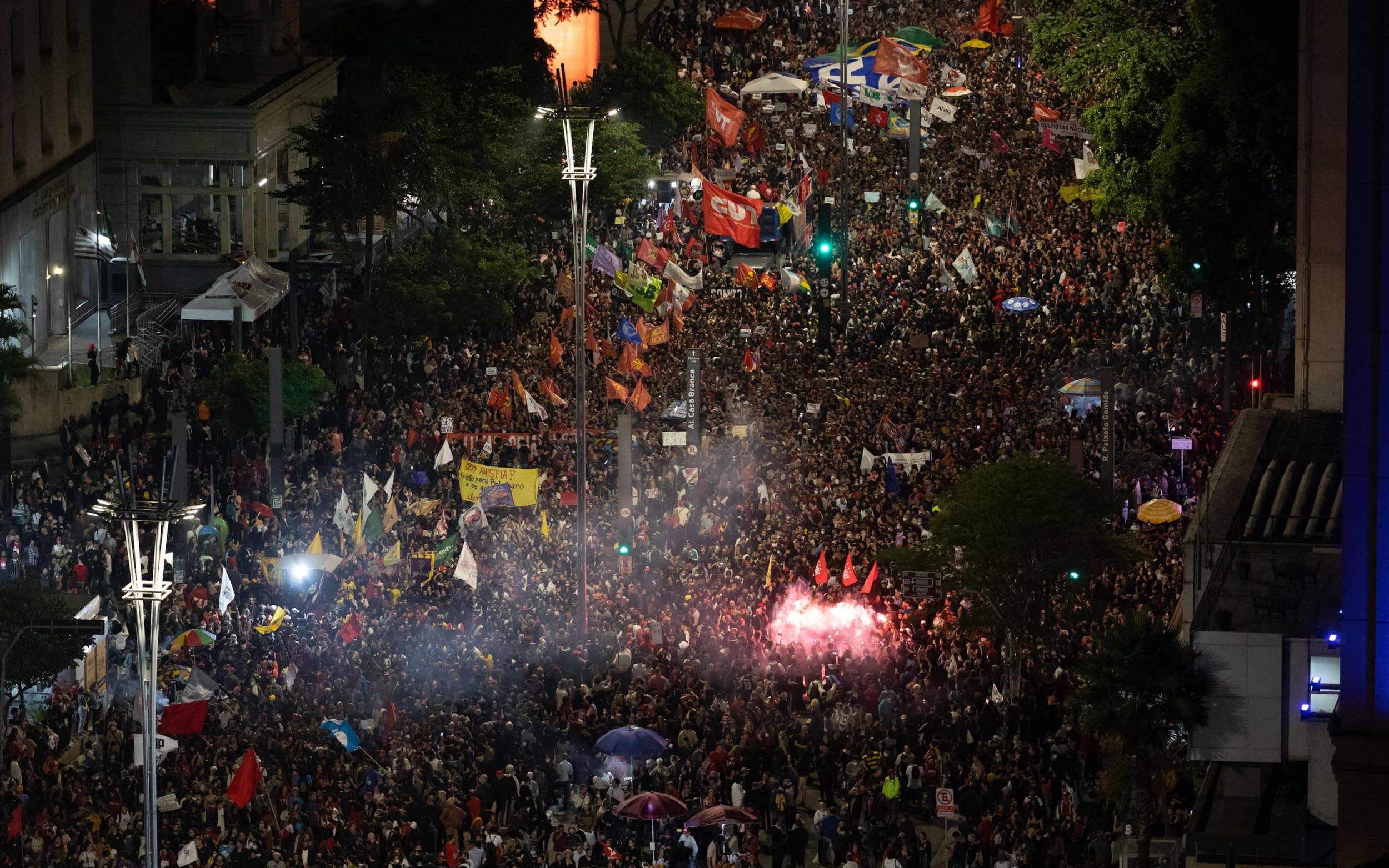 Hundreds of soldiers and police mobilized to dismantle an improvised camp outside the army headquarters in Brasilia.

There, about 3,000 supporters of ex-president Jair Bolsonaro had set up tents — which were used as bases for the sea of ​​protesters who rioted for about four hours on Sunday at the presidential palace, Congress and the Supreme Court.

Lula, who took office on January 1 after a bitterly divided election victory over Bolsonaro, went back to work in the ransacked presidential palace, where TBEN reporters saw the wreckage left over from the previous day’s devastation: destroyed artworks and offices, shattered windows and doors, broken glass scattered on the floor and furniture dragged into a reflecting pool.

Lula, the 77-year-old veteran of the left who previously led Brazil from 2003 to 2010, met with leaders of both houses of Congress and the Supreme Court chief justice, joining them in condemning what many consider the South American version of the country from the riots at the US Capitol in Washington two years ago.

“The three powers of the republic, the defenders of democracy and the constitution, denounce the acts of terrorism and criminal, coup-mongering vandalism that have taken place,” they said in a joint statement.

Lula accepted an invitation to meet with President Joe Biden in Washington next month, US officials said.

Bolsonaro, who narrowly lost the October election, meanwhile was hospitalized with stomach pains, his wife said.

Bolsonaro has claimed he is the victim of a conspiracy against him by Brazilian courts and electoral authorities.

Media reports said the ex-president was hospitalized in Orlando, Florida, where the politician dubbed the “Tropical Trump” traveled on the penultimate day of his term – rejecting Lula’s inauguration, in a break from tradition.

It was the latest in a string of health problems following a stabbing attack that nearly killed Bolsonaro during his winning 2018 presidential campaign.

Bolsonaro, 67, took to Twitter on Sunday evening to condemn the “looting” in Brasilia, but rejected Lula’s claim that he instigated the attacks and defended the right to “peaceful protests”.

As the country continued to grip on Sunday’s stunning violence, hundreds of people gathered along a main street in downtown Sao Paulo to defend Brazilian democracy and demand punishment for the people who stormed the halls of power a day earlier.

“I have not put up with what I have in this life to see what I saw yesterday – my people, my country, so divided,” said Edi Valladares, a 61-year-old teacher.

The demonstrators included young people, entire families, trade union activists, anti-racism advocates and others, holding banners reading “We are behind Lula and for democracy” and “respect for the voice of the people”.

Earlier in the day, a large contingent of riot police was deployed to seal off the capital’s Three Powers Square, home to the iconic modernist buildings that serve as the headquarters of the three branches of government.

Condemnation continued to pour in from around the world, with Pope Francis criticizing the unrest as a sign of “weakening democracy” in America.

As a show of support, Biden spoke to Lula by phone on Monday and invited him to visit the White House in early February. The Brazilian leader accepted, the White House said.

Biden told Lula of his support for “the free will of the Brazilian people, as expressed in Brazil’s recent presidential election, which President Lula won,” the White House said in a statement.

Many drew the inevitable comparison to January 6, 2021, when supporters of then-US President Donald Trump raided the Capitol in Washington in a violent, failed attempt to prevent Congress from confirming its election loss.

Lula, who was visiting a flood-stricken area in the southeastern city of Araraquara when the riots began, signed a decree on Sunday declaring federal intervention in Brasilia, giving his government special powers over local police to restore law and order. capital.

His government promised to track down and arrest those who planned and financed the attacks.

Supreme Court Justice Alexandre de Moraes has suspended the governor of Brasilia, Ibaneis Rocha, an ally of Bolsonaro, for 90 days for “criminal negligence”.

Bolsonaro hardline supporters protest outside army barracks calling for military intervention to keep Lula from power since his election victory.

After the verdict, soldiers and police broke up camps in Rio de Janeiro and Sao Paulo, as well as in Brasilia.

Lula narrowly won the second round on October 30 with a score of 50.9 percent to 49.1 percent.