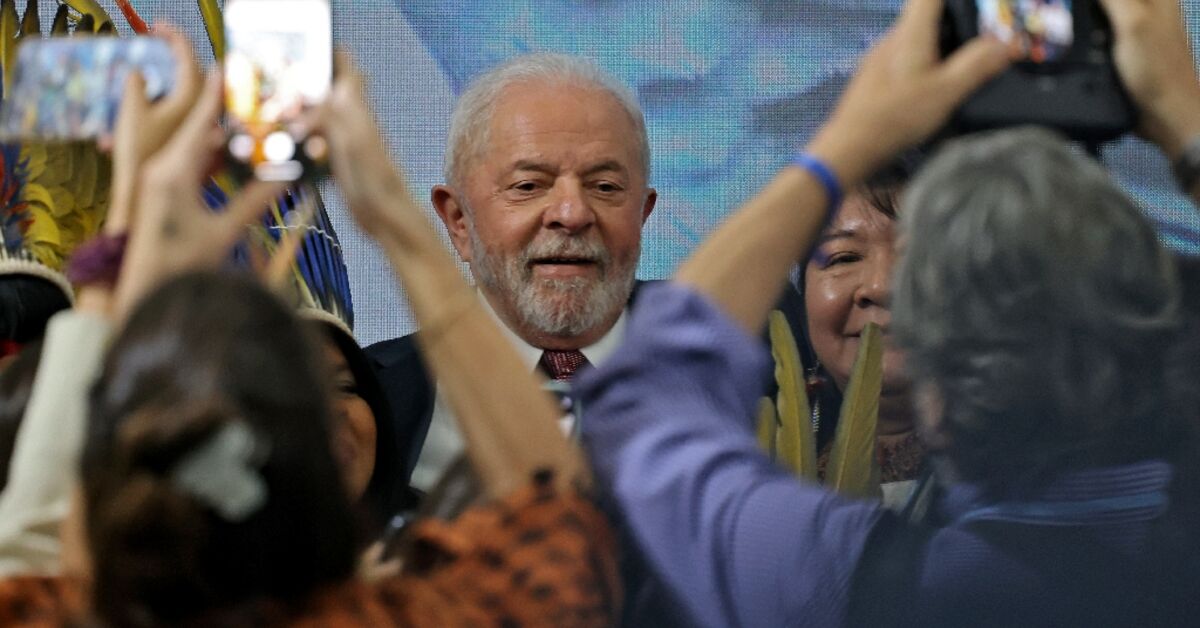 Showered with applause and chants of “Lula!”, Brazilian President-elect Luiz Inacio Lula da Silva made an impression at a UN climate conference in Egypt Wednesday, his first trip abroad since being elected.

Despite a mixed environmental record and jail time on his resume, the 77-year-old left-wing politician drew crowds curious about his promises to protect the Amazon rainforest.

“Brazil is back,” Lula said repeatedly, words his supporters chanted during his speech at the COP27 conference in the Red Sea resort of Sharm el-Sheikh.

Hundreds of people packed rooms at two separate events he attended, asked him for selfies and called his name.

UN security closed the doors as the hall filled up for his speech, leaving a disappointed crowd outside.

Expectations are high for Lula to protect the Amazon after rampant deforestation under far-right President Jair Bolsonaro.

At COP27, Lula pledged to fight deforestation, offered to host UN climate talks in the Amazon in 2025 and pledged to make Brazil a leader again in the global fight against climate change.

“It’s a shift to protecting the planet, the Amazon, human rights, the rights of indigenous peoples,” he said.

Lula, who was president from 2003 to 2010, made a huge political comeback by defeating Bolsonaro.

He left office a working-class hero in charge of a resource-driven economic boom that lifted 30 million people out of poverty.

But he then got caught up in a massive corruption scandal and served more than 18 months in prison as of 2018. His conviction was later overturned.

“It’s very interesting to listen to him first hand and understand how he manages to capture so much love from his people – while also not necessarily being the best for the country,” says Sofya Levitina, a student at the University of Connecticut, referring to the corruption scandal.

ALSO READ  As Iran's crackdown on the protests enters a violent new phase, casualties are mounting

Melissa Yokoe Ashbaugh, who studies at the same American university, said her “impression of the excitement is that he’s coming back from a populous right-wing (that is) anti-environment.”

“It’s kind of a hope of people involved in this kind of climate action that global governments like his will represent those interests,” she said.

“It’s so good to see Lula bring Brazil back into the game,” she said in a statement.

The crime of not responding to the Israeli invasion of Syria

Funeral held for 2 Palestinians killed by Israeli forces in Nablus