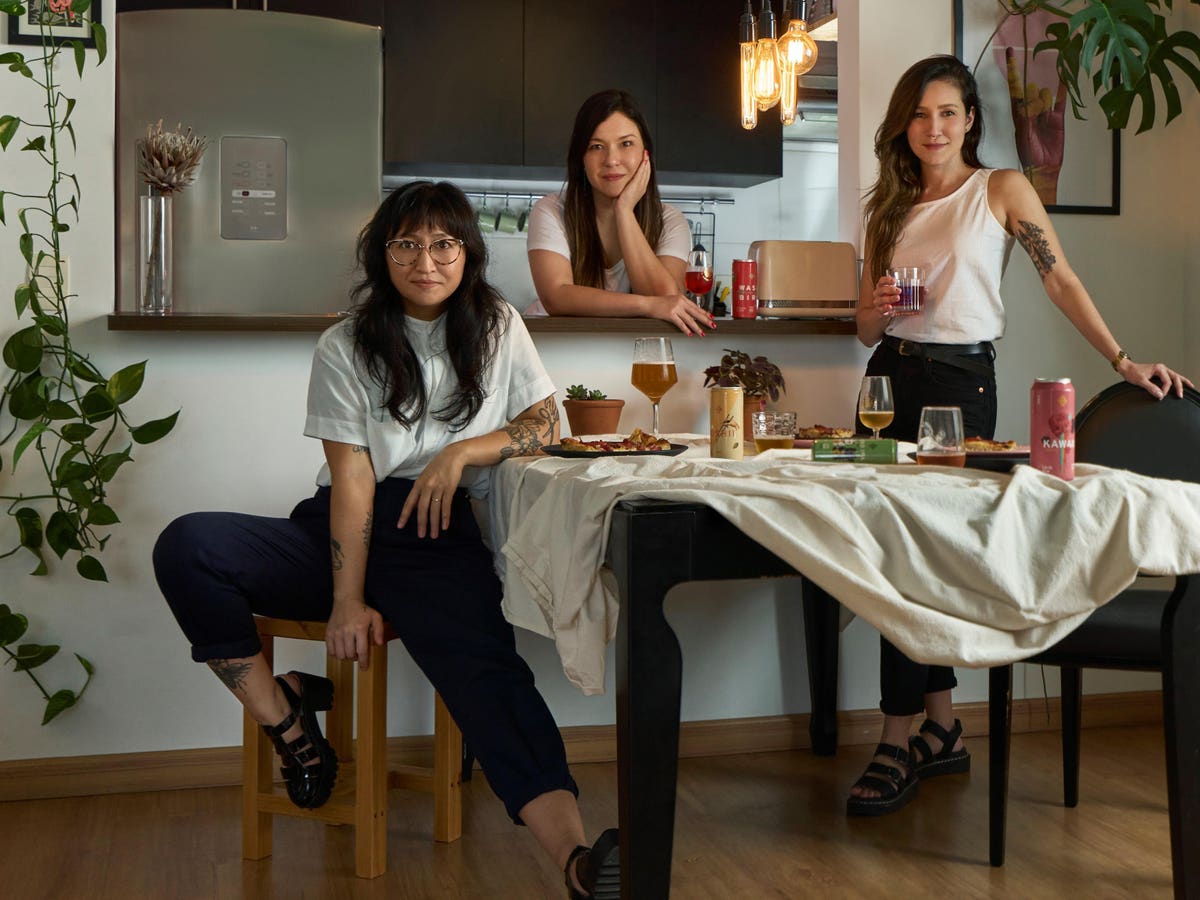 Most Americans are probably unaware that Brazil has the largest Japanese population outside of Japan. That lack of awareness could change if the marketing plans of three female Japanese-Brazilian brewers succeed.

Maíra Kimura, Yumi Shimada and Fernanda Ueno, the co-founders of Brazil-based Japas brewery, have teamed up with Beerternational, a female-owned American company, to brew, distribute and sell their beers in the US. Currently, Japas beer is sold in 10 states: California, Florida, Massachusetts, Maine, Rhode Island, Michigan, New York, Oregon, Pennsylvania, and Wisconsin.

Ten Japas beers are sold in the US, including Ichi-Um, a New England IPA with yuzu and cocoa, and year-round beers Matsurika, Oishii, Neko IPA and Yuzu Nama Biiru.

Japas strives to “combine Japanese ingredients and concepts in its recipes whenever possible,” says Ueno, who, like her co-founders, was born in Brazil and has Japanese ancestry. The brewery contracts with Chicago’s Great Central Brewing Company to produce its beers in the US.

The next beers that Japas plans to release will be released first, Kimura says. It becomes Kimokawai, a strong sour beer with blackberries, dragon fruit and hibiscus; Sawa Sudachi, a sour beer with sudachi, and Black Daruma, a Russian imperial stout with persimmon.

Kimura explains her love for beer and how she got into the brewing industry.

“Beer has always been my favorite drink, but it wasn’t until 2009 that I realized you can actually brew your own,” she says. “After some research, I made my first homemade batch and fell in love with the whole process. In 2011, I went to England to learn how to brew professionally, followed technical training at Brewlab and obtained a Brewer Certificate from the Institute of Brewing & Distilling. Then I went back to Brazil and started one of the first contract brands in the country, working in distribution and learning a lot about the market before launching Japas in 2014.”

Shimada has a background in design and marketing and fell in love with beer 10 years ago.

“I attended a beer sommelier program with my boyfriend and I was hooked,” she says. I wanted to get a better understanding of the beer market in Brazil as craft beer was very new at the time. After completing that training, I started making labels for other brands and creating magazine art for the beer market.”

Ueno thanks her father for getting her into the brewing industry.

“My father instilled in me a passion for craft beer,” she says. “He loved buying craft beer for parties and barbecues, and I took him to the brewery in my hometown to pick up kegs.”

Ueno went to study food technology because she was mainly interested in the production process.

“I also enjoyed learning about food science and brewing,” she says. “During my studies I started to delve into fermentation, and then I started brewing myself. In 2009, I did an internship at the same brewery my father would take me to, later I became a certified beer sommelier and worked at Cervejaria Colorado, one of the most award-winning Brazilian craft breweries. I haven’t looked back since and I’m so excited about the next evolution of my beer journey with Japas.”

Self-help books: what to look out for

The Bharat Express News - November 30, 2022 0
Mariya, Patrick, Jacob, and Jonathan attend class half the week and work on the campus farm the other half. Next year they might...