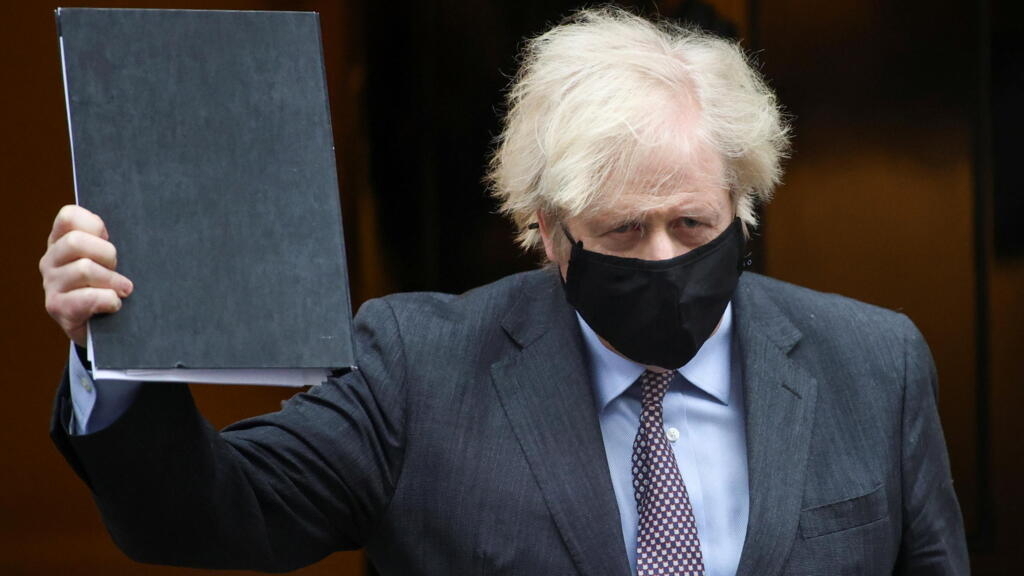 International travel from England will be banned until May 17 at the earliest, Prime Minister Boris Johnson said on Monday as he forecast a four-step easing of the latest Covid-19 restrictions in England.

In its roadmap for easing restrictions, the UK government announced a travel review that will report on April 12 with recommendations on resuming international travel, while managing the risks of new variants of the coronavirus.

“The government will determine when international travel is to resume, which will not be until May 17,” the government said in its statement.

Britain is considering a system to allow those vaccinated to travel more freely abroad, the statement added.

The announcement came as Johnson on Monday presented a phased plan to end England’s lockdown, offering a “cautious” approach to try to prevent a return to the wholesale restrictions that have hampered the economy.

Johnson, under pressure to grant more freedoms to millions of people trapped in their homes and offer hope to closed businesses, said the first step would prioritize returning schools on March 8 when only minimal socialization to the exterior would be allowed.

The so-called roadmap will then go through four stages, with five weeks in between, and the final stage, when most restrictions are lifted.

“So there is no credible road to a zero Covid Britain or a zero Covid world. And we cannot persist indefinitely with restrictions that weaken our economy, our physical and mental well-being and the chances of our children’s lives, ”Johnson told Parliament.

“And that is why it is so crucial that this roadmap be prudent but also irreversible. We are committing, which I hope and believe is a one-way street to freedom.”

With nearly 130,000 dead, Britain suffered the fifth-highest official death toll in the world from the pandemic and its economy suffered its biggest crash in more than 300 years.

With one of the toughest lockdowns and one of the fastest vaccine deployments in the world, the country can be seen as a test case for governments hoping to reopen economies and bring life back to some sort of normalcy.

Even with encouraging data after more than two months of national vaccinations released on Monday, the UK government’s cautious approach underscores how slow this process is likely to be for many countries.

Brits should work from home if possible

Johnson said the rapid start of vaccine rollout and a sharp drop in infections now allowed him to proceed with a cautious easing of England’s hard national lockdown, which began on January 5.

As the plan unfolds, lawmakers will have the opportunity to vote on specific steps. Authorities in Scotland, Wales and Northern Ireland, who are responsible for their own public health, will also ease restrictions in the coming months.

The reopening of schools is expected to help the economy, freeing parents who have had to juggle work and home schooling.

However, any easing of social mixing will initially be limited and the government will require people to work from home, where they can, for a few weeks until it has completed a social distancing review at some point before. June 21st.

A small number of people are expected to be able to mingle outdoors at the end of March, but non-essential shops and outdoor hospitality will not reopen until April 12 at the earliest. .

Johnson, who was treated in intensive care for Covid-19 last year, faces pressure from politicians in his Conservative Party to revive the economy but also from science advisers who fear a resurgence of the virus if it unlocks too fast.

He has been more cautious in recent months than at the start of the pandemic, when he was widely criticized for his rush to reopen stores, restaurants, pubs and offices.

“We are not in a very good position, which is improving,” the government’s main scientific adviser, Patrick Vallance, told reporters.

“The message that emerges from all the modeling is … reduce the number (of infection) before you start to diffuse, go slowly (and) in blocks that you can measure the effect of after four or five weeks.”

The vaccination campaign in England is drastically reducing cases, with an estimated 70% drop in infections among healthcare workers who received a first dose of the Pfizer-BioNTech vaccine, health officials said on Monday.

Britain has moved faster than most countries to secure vaccine supplies and has inoculated people quickly since December, a strategy that has driven the pound and the stock markets up in hopes of an economic rebound .