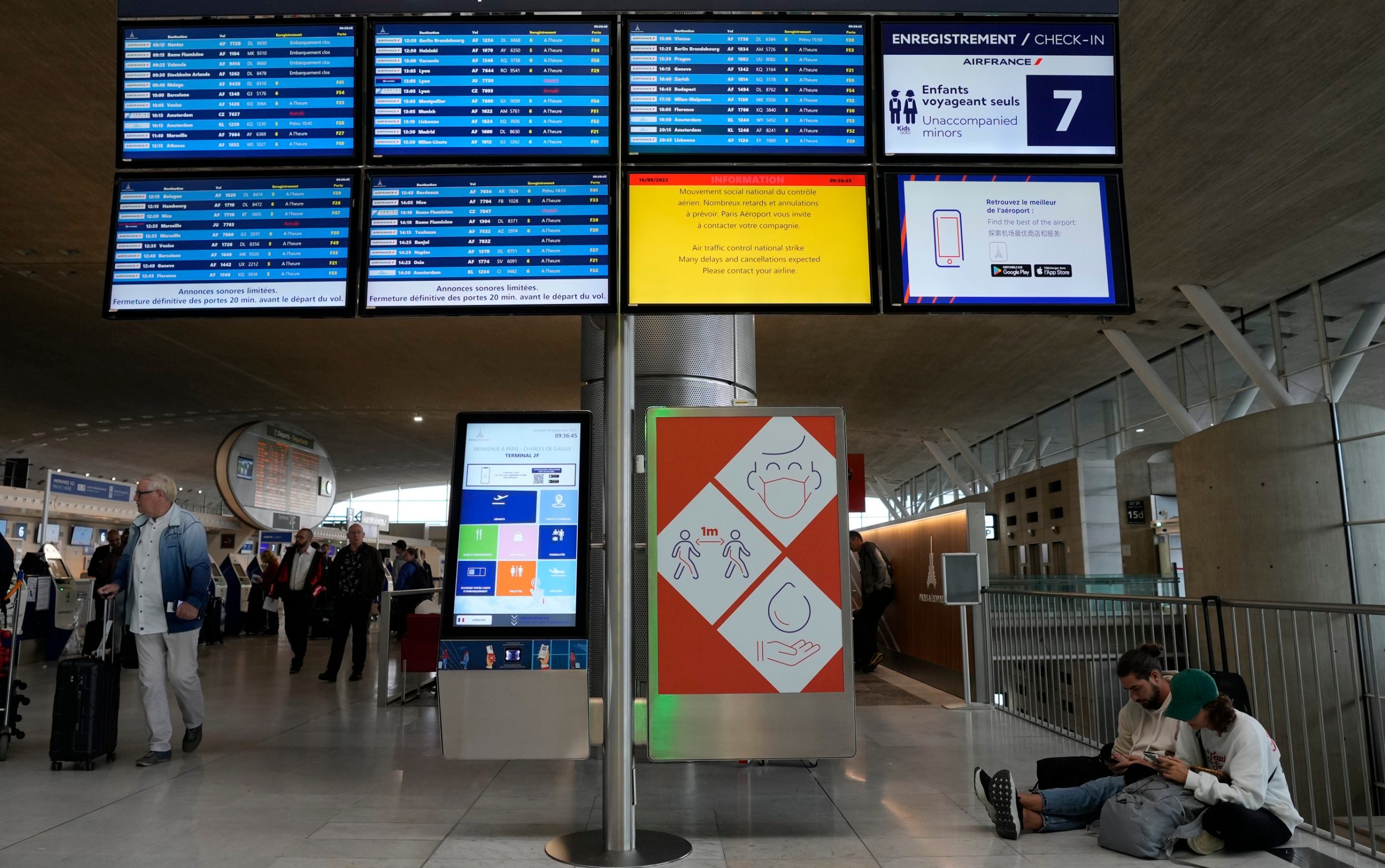 Thousands of British holidaymakers are at risk of stranding as around 1,000 flights are canceled due to strikes by French air traffic controllers.

Budget airline Ryanair is one of the hardest hit, canceling 420 services on Friday, disrupting travel plans for 80,000 passengers. EasyJet has canceled 76 flights, British Airways canceled 22, while Air France said it will only operate 45 percent of its short-haul flights.

Ryanair bosses criticized the French strike as “unforgivable” and urged officials in Brussels to finally take action against the perpetual union action.

With air traffic control operations in the heart of Europe, French unions are able to create maximum disruption across the continent. British travelers are particularly affected as airlines struggle to navigate the country or narrow channels in French airspace that remain open.

Officials said about 21,000 aircraft would be operating in European airspace on Friday – a third of normal volumes.

The disruption to British travelers – some of whom may be rushing to pay their respects to Queen Elizabeth II as she sleeps in London – follows months of unrest at airports as bosses grapple with chronic staff shortages.