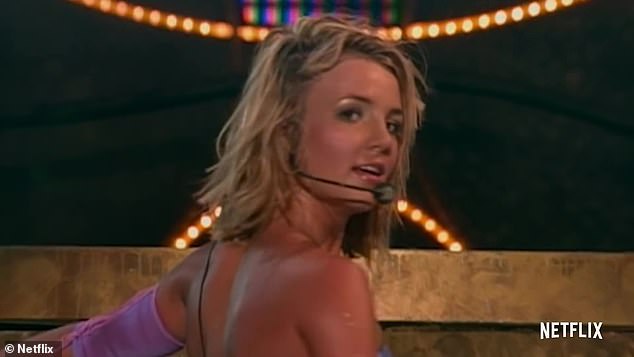 “I just want my life back”: Britney Spears begs Guardianship to end with explosive new trailer for Netflix documentary Britney vs Spears

By Tracy Wright For TBEN.com

Britney Spears has pleaded for release from the ten-plus-year tutelage under which she was in a new trailer for Netflix’s explosive documentary Britney vs Spears.

“I just want my life back,” she pleaded with Los Angeles Superior Court judge Brenda Penny earlier this year in telephone testimony. “I have worked my whole life. I owe nothing to these people.

The new documentary is due out on Tuesday, September 28, the day before her next big court date where she will fight her father, Jamie, to end the guardianship.

Me Against Music: Britney Spears has pleaded for release from the decade-plus tutelage she was under in a new trailer for Netflix’s explosive documentary Britney vs Spears

Britney has been the subject of a court order for 13 years where her father has power over all her personal and financial decisions following her multiple involuntary detentions in mental hospitals.

The last time Spears spoke directly to the judge was in May 2019, but the court was closed to the public and his testimony was sealed, and details of his mental health were never released.

Directed by filmmaker Erin Lee Carr, the project has reportedly been in the works for over a year.

“I deserve to have the same rights as anyone,” echoed her background recording of music videos through the years. “It’s been 13 years and that’s enough.”

“Britney never had someone she could trust,” Adnan Ghalib said in an interview. ‘Not mom, not dad.’

She started dating Adnan, a photographer, at the height of his mental health problems in 2007, a relationship that only lasted a year until she filed an injunction against him.