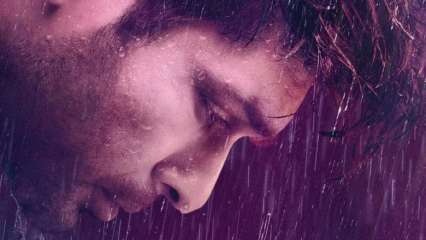 “Broken But Beautiful 3” starring late TV actor Sidharth Shukla and debutante Sonia Rathee, which also turned out to be Siddharth’s digital debut and final release, received rave reviews earlier this year. A tale of love, obsession, grief, and the inevitable love triangle, the series ended with Agastya Rao (Sidharth) and Rumi (Sonia) parting ways and following their own path. It didn’t have to end there, of course, and fans were expecting a fourth season of the hit series. However, the sudden disappearance of Sidharth Shukla left everyone in the TV and film industry in shock, including the creators of “Broken But Beautiful 3”.

For the uninitiated, there has recently been information that the fourth season of the series is indeed in the works. And now, in an interview with The Bharat Express News, producer Sarita Tanwar has confirmed that they are in talks with Sidharth to bring Agastya and Rumi back and give their romance a happy ending in “Broken But Beautiful 4”, but now it looks like it’s not meant to be.

“In August, we got a call from ALTBalaji. It was to meet up and discuss the story of Broken But Beautiful Season 4,” Sarita Tanwar told the portal. “Yes, #AgMi was coming with a happy fairytale ending. But that wasn’t meant to be,” she added.

Sidharth was 40 when he breathed his last on September 2. The actor last appeared on the reality shows “Bigg Boss OTT” and “Dance Deewane 3” with Shehnaaz Gill. The deceased star rose to fame with the hit TV shows “Balika Vadhu” and “Dil Se Dil Tak”. He also shared screen space with Alia Bhatt and Varun Dhawan in the 2014 hit movie “Humpty Sharma Ki Dulhania”. The actor was also seen alongside Diljit Dosanjh in the 2018 film ‘Soorma’. He recently found success with his stint on the ‘Bigg Boss 13’ reality show, where he became the winner. The actor’s last on-screen release was Ekta Kapoor’s incredibly popular show “Broken But Beautiful 3” in which he played the role of Agastya Rao.

Urfi Javed presents her boyfriend for the first time, kisses him on video – WATCH

The Bharat Express News - October 26, 2021 0
Water scarcity is not uncommon in a place like India, but more...