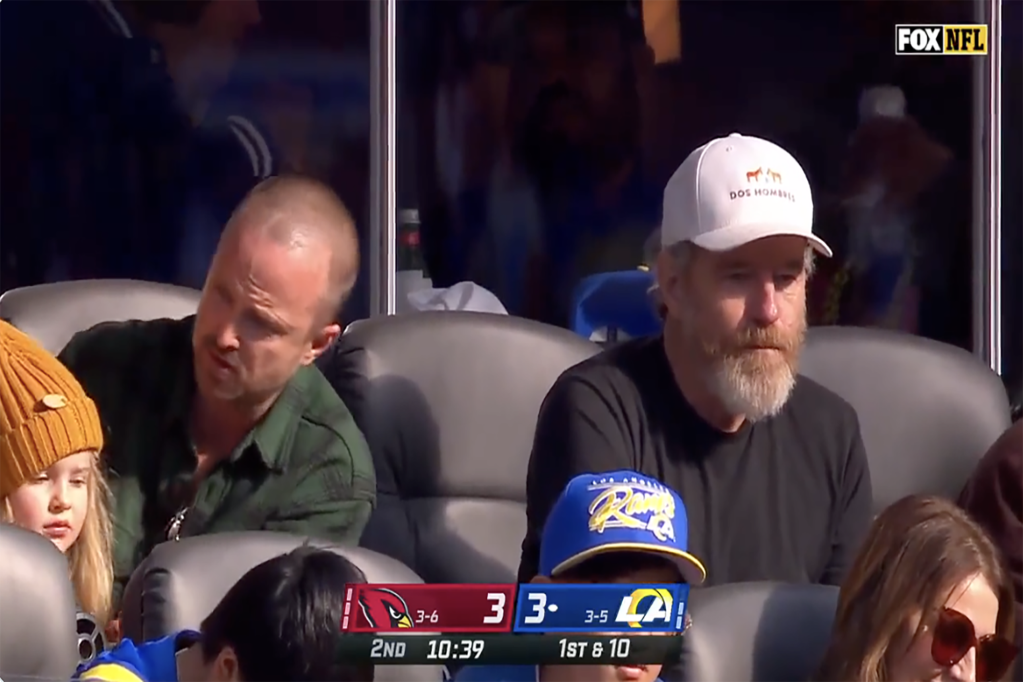 It’s quite common for big celebrities to attend a game in Los Angeles, although some occasions are unexpected.

Fans attending the game went wild as cameras captured the show’s drug kingpins enjoying themselves and drinking beer early in the 2nd quarter.

In the hit show, high school chemistry teacher White becomes a drug lord alongside Pinkman – a drug lord – to provide for his family financially when diagnosed with cancer.

The Emmy Award-winning series first aired on January 20, 2008 and aired for over five seasons with a total of 62 episodes.

The Hollywood Stars were perhaps the best highlight of the game after both teams were without their starting quarterbacks in a Rams 27-17 loss.

The loss now leaves the reigning Super Bowl champion Rams at 3-6 and bottom of the NFC West.

Their next game is on November 20 against the New Orleans Saints at 1 p.m