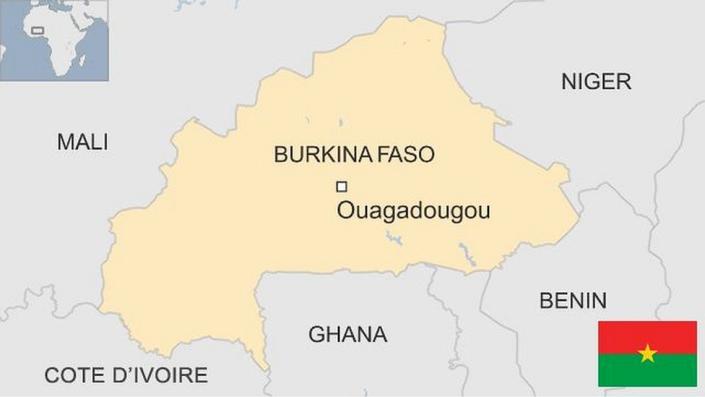 Landlocked Burkina Faso, a poor country even by West African standards, has suffered from recurring droughts and military coups.

Burkina Faso, meaning “land of honest men,” has significant gold reserves, but the country faces domestic and foreign concerns about the state of its economy and human rights.

It was a former French colony and gained independence in 1960 as Upper Volta.

In 1983, Captain Thomas Sankara seized power and pursued radical leftist policies, but was ousted by Blaise Compaore, who ruled for 27 years before being ousted in a popular uprising in 2014.

The spread of jihadist violence from neighboring Mali prompted the army to take power in 2022.

Captain Ibrahim Traore seized power in a coup d’état on September 30, 2022, deposing his predecessor Lieutenant General Damiba, who himself had overthrown President Marc Kabore in a previous coup d’état in January 2022. Traore was officially inaugurated as President of Burkina Faso.

The rationale Traore gave for the coup was Damiba’s perceived inability to deal with the ongoing Islamist insurgency in the north of the country. It was for the same reason that Damiba ousted Kabore: the government’s failure to stop the jihadist groups operating in northern Burkina Faso.

Mr Kabore was Prime Minister and Speaker of Parliament under former President Blaise Compaore before winning the 2015 and 2020 presidential elections.

But, like his neighbours, he found his domestic agenda undermined by the proliferation of jihadist groups from Mali and the associated military and security problems.

Some important events in the history of Burkina Faso:

1960 – Upper Volta becomes independent with Maurice Yameogo as president. He is overthrown in 1966 by Sangoule Lamizana.

1980 – President Lamizana is ousted by a coup led by Saye Zerbo, who is deposed two years later by Jean-Baptiste Ouedraogo, ushering in a period of unrest and power struggles.

1990 – Blaise Compaore, who came to power when he deposed and assassinated Thomas Sankara in 1987, is implementing limited democratic reforms. He remains in power for 27 years.

2014 – President Compaore steps aside after massive protests against plans to extend his rule. A transitional government is in charge.

2022 – Army seizes power in the face of growing jihadist insurgency.