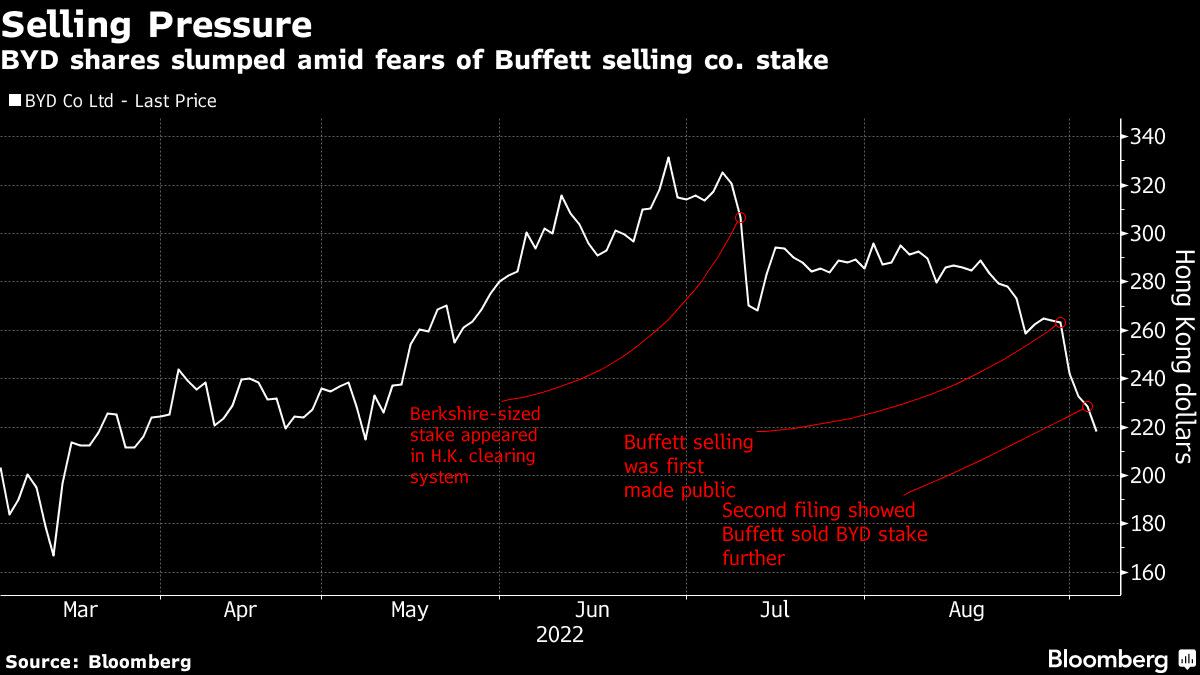 The Chinese automaker’s share fell a whopping 6.8% in Hong Kong to its lowest level since May 10. The sell-off extended the shares’ losses to nearly 30% since a BYD stake equal to Berkshire’s appeared in Hong Kong’s clearing and settlement system in July.

Berkshire’s waning interest in the stock, coupled with the prospect of the company’s eventual exit, has outweighed news that BYD is now the world’s second-largest supplier of batteries for electric cars. A year-on-year increase in new vehicle sales in August also failed to boost sentiment.

Theories about Buffett’s plans for the Chinese electric car company have been emerging since a 20.49% stake – identical to the size of Berkshire’s last reported BYD position in Hong Kong as of late June – in July’s Central Clearing and Settlement entered system.

Berkshire has now sold about 18 million shares of BYD and it still owns an 18.87% stake, or about 207 million shares, as last Thursday, according to a filing on the Hong Kong stock exchange.

(Updates with more details in the second paragraph.)

Medtronic stocks are a better choice than these pharmaceuticals