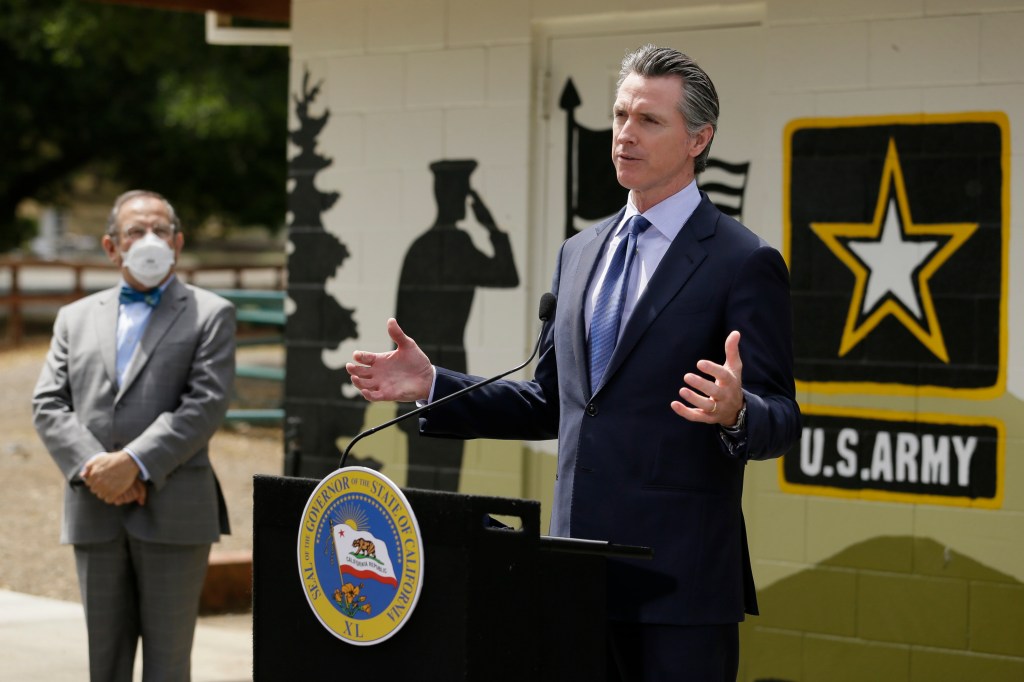 “For decades, our bravest heroes, men and women who wore the uniforms of the armed forces, had to hide who they really were, and many were discharged other than honorably if their sexuality was discovered,” Newsom said in a statement after announcing that he signed the bill.

Gays and lesbians were banned from the military until the adoption of “don’t ask, don’t tell” in 1993, which allowed them to serve only if they didn’t openly acknowledge their sexual orientation. Rather than helping, proponents say, the policy has created more problems. Throughout its history, the military has fired more than 100,000 servicemen based on their sexual or gender identity – 14,000 of them during “don’t ask, don’t tell”.

The repeal of the law was passed by Congress in late 2010, then President Barack Obama, and went into effect nine months later, allowing lesbians, gays, and bisexuals to serve openly.

The Department of Defense then created a pathway for veterans fired under the policy to receive the full range of veteran benefits.

“But unfortunately many veterans don’t know or even have access to this important process,” Newsom said, adding that some veterans seeking to recover their benefits had to hire expensive legal counsel and other help to navigate the process. “We are taking steps to resolve this.”

The law requires the California Department of Veteran Affairs to establish the Veterans Discharge Upgrade Grant Program to help LGBTQ veterans fired under “don’t ask, don’t tell” and to help those who qualify to have their data update and correct and gain access to veterans benefits.