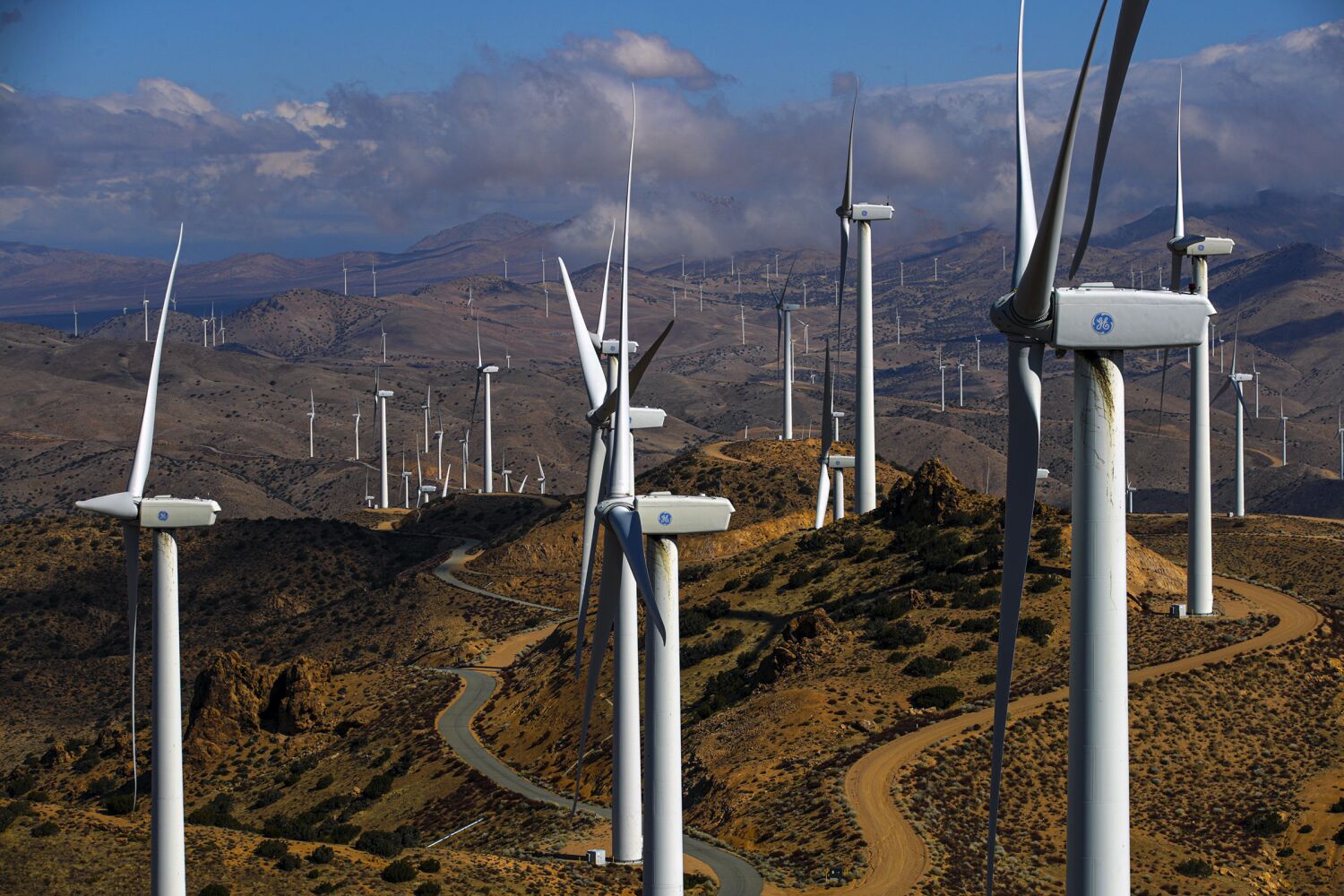 California air quality officials released a bold climate plan on Wednesday that broadly outlines how the state plans to dramatically reduce greenhouse gas emissions by the end of the decade and eventually eliminate its carbon footprint.

The so-called scoping plan released by the California Air Resources Board reflects Governor Gavin Newsom’s accelerated goal to limit global warming by 48% this decade (compared to 1990 levels). State law requires California’s emissions to be reduced by at least 40% by 2030 and 85% by 2045 — at which point all emissions from human activity would be offset by natural ecosystems and other solutions.

After months of public meetings and discussions with policymakers, this finalized plan provides the clearest picture yet of how the world’s fourth-largest economy can meet its ambitious climate targets while maintaining economic growth and accommodating a larger population.

In 2045, the plan foresees a thirty-fold increase in zero-emission vehicles and four times as much energy generation from wind and solar energy. It means that consumer demand for oil and natural gas will fall by 86% over the next 23 years.

To limit wildfire emissions, the plan calls for treating 1 million hectares of forest, scrub, grassland and other habitats by 2025 with techniques such as prescribed burning. That figure rises to 2.3 million acres by 2045. Federal and state managers currently treat about 100,000 acres per year. This would reduce wildfire emissions by 10% compared to a business-as-usual scenario, officials said.

The publication of the state-mandated climate plan provides an extremely important, if non-binding, roadmap to take concrete action during what is considered the most pivotal decade in the fight against global warming. It is the job of legislators and government agencies to pass legislation, enact regulations and release funding for climate initiatives that achieve these goals. And the state needs the cooperation of private industry and Californians.

If passed, state policymakers hope to avert some of the most dire consequences of global warming in a state that has been devastated in recent years by unprecedented droughts, historic wildfire seasons and record heat waves.

“Everyone in California has experienced the impacts of climate change firsthand,” said Liane Randolph, chair of the Air Resources Board. “Maybe it was wildfires and smoke or drought or record-breaking heat waves. The signs are there for everyone to see. The climate is changing before our very eyes. We must take action to mitigate the worst impacts of a changing climate. And there is only one way to do that: to break forever our dependence on fossil fuels and the hard grip of petroleum and move to a clean energy economy as soon as possible. And that is what this plan does.”

The plan hinges on the widespread adoption of zero-emission vehicles, electric or hydrogen-powered. The transportation sector, including exhaust emissions and fuel, was responsible for 50% of statewide greenhouse gas emissions in 2019. It remains California’s largest source of carbon emissions.

A rule passed earlier this year meant that all new passenger car sales in California will be zero-emissions or long-haul hybrids by 2035, an effort to phase out gasoline cars. The Air Resources Board is also considering a proposal to move to heavy-duty trucks by 2040.

While electric vehicle adoption is promising for some, state officials also urge motorists to drive less — and California has never met any of its goals of limiting mileage. The plan assumes that Californians will reduce their mileage by 25% by 2030 and by 30% by 2045.

State officials expect the transition to clean vehicles will lead to less demand for oil and fewer emissions from refineries, the largest source of emissions in the industrial sector. The plan expects refineries and cement plants to adopt a technology called carbon capture and storage, which siphons emissions from chimneys and directs them underground.