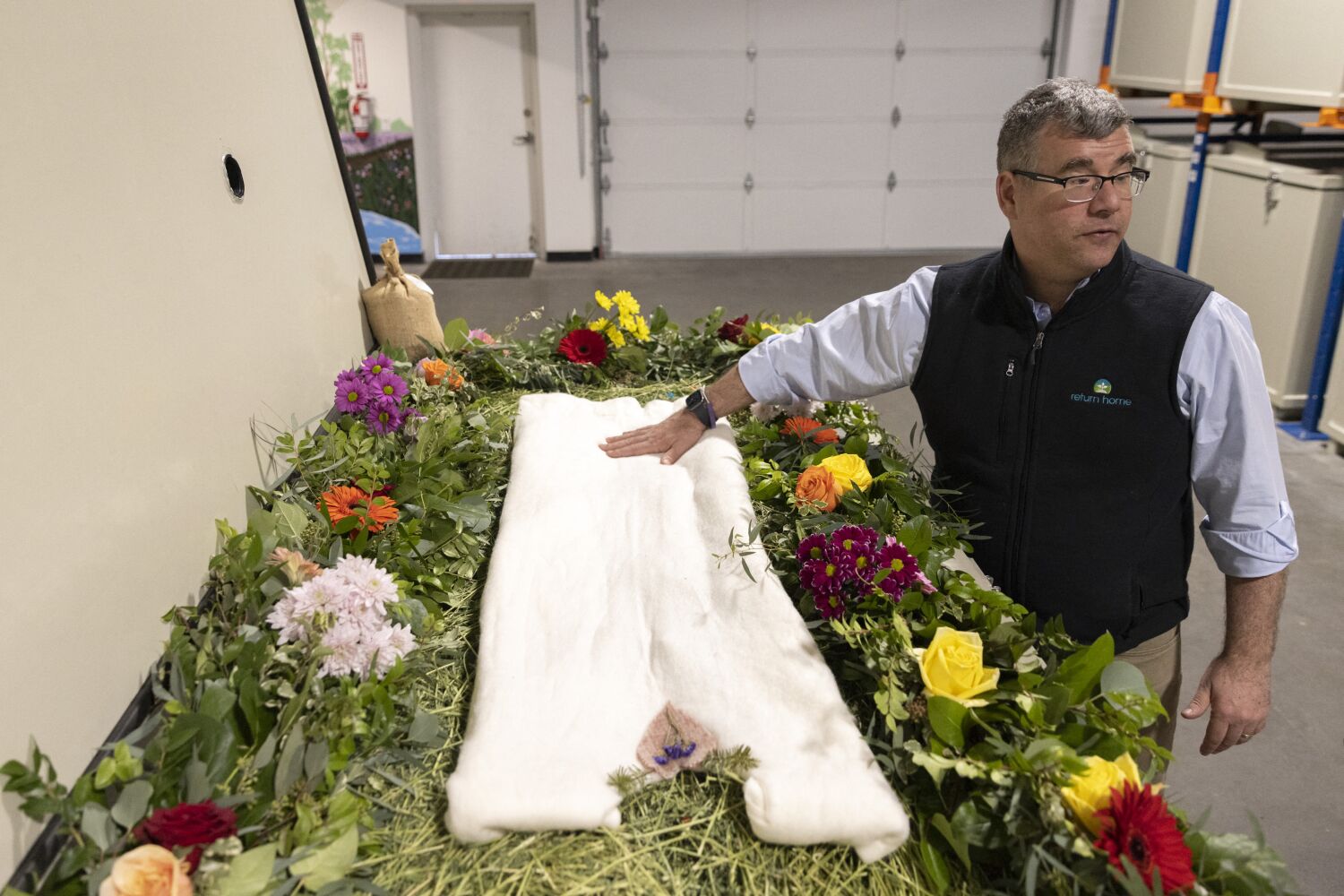 California will begin permitting an alternative burial method known as human composting in 2027, under a bill signed Sunday by Governor Gavin Newsom.

Assembly Bill 351 by Assembly Member Cristina Garcia (D-Bell Gardens) will create a state regulatory process for natural organic reduction, a method whereby human remains decompose naturally over a period of 30 to 45 days after being placed in a steel vessel and buried in wood chips, alfalfa and other biodegradable materials. The nutritious soil created by the process can then be returned to families or donated to protected land.

Proponents say it’s an eco-friendly alternative to traditional end-of-life options. For example, cremation is an energy-intensive process that produces carbon dioxide emissions, while traditional burial uses chemicals to embalm bodies and a non-biodegradable coffin to store them.

“With climate change and sea level rise as very real threats to our environment, this is an alternative method of final disposal that will not cause emissions into our atmosphere,” Garcia said in a statement.

It was Garcia’s third attempt to approve human composting in California after previous attempts failed in 2020 and 2021. Her office said that for any person who is composted or buried or cremated, the environmental impact is immediate. The companies that offer human composting say that for each person who chooses burial or cremation, the equivalent of one ton of carbon is saved in the environment.

“This new law will provide California’s 39 million residents with a meaningful burial option that offers significant savings in carbon emissions, water and land use compared to conventional burial or cremation,” said Katrina Spade, chief executive of Recompose, a Seattle-based company that the first funeral home in the country to build a composting facility for humans. “Our choices at the end of life matter in the effort to heal this planet.”

The California Catholic Conference opposed the bill, saying the process “reduces the human body to simply a disposable item.”

“The practice of respectfully burying the bodies or honoring the ashes of the deceased is consistent with the near-universal standard of reverence and care for the deceased,” said the group, which is the public policy voice of the Catholic Church in California. .

Human composting is slightly less expensive than a coffin burial, but at about $5,000 to $7,000, it is more expensive than cremation. The soil created by the human composting process could be used on private property with permission and would otherwise be subject to the same restrictions as distributing cremated remains in the state.

“This is a matter of consumer choice, and Californians must have access to a death care option that is natural, carbon neutral, and a sustainable alternative to cremation or burial,” said Tom Harries, co-founder of Earth Funeral, who said: offers the funeral. choice. “Earth Funeral looks forward to bringing soil transformation to California so that everyone can make this choice for themselves or to honor their loved ones.”