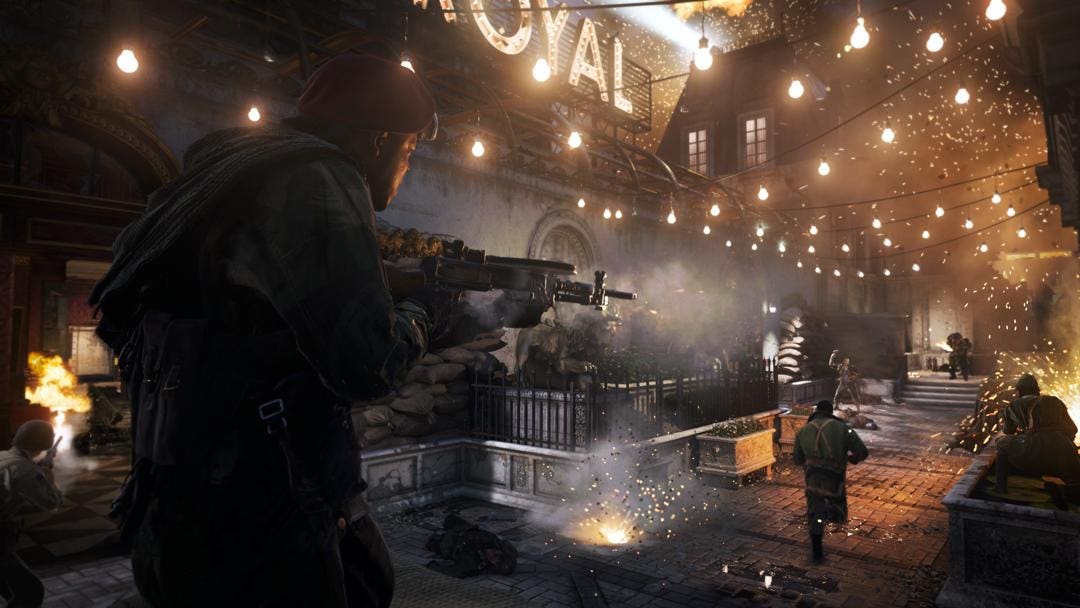 The Call Of Duty: Vanguard The open beta ran all weekend and until last week and thanks to the 48 hour extension I was able to join in and play a bit on my gaming PC.

I had a lot more fun than I expected. The game still has issues, but it seems to be improving and there are enough good things in there to at least make me happy most of the time. Let’s look at the good, the bad and the ugly of the Avant-garde open beta. The full game launches on November 5, so Sledgehammer and Activision still have time to make much-needed improvements.

The game handles more like Modern Warfare 2019 / War Zone than he does Black Ops Cold War which I personally think is a bad thing – but! – it’s a little faster than Modern war and sort of falls between this game and Cold War in terms of speed and overall shooter play, which is a good thing.

When I first played Champion Hill mode during the alpha, I was not at all impressed. But playing during the open beta on PC was much better, and I started to get a feel for the pace of the game. A few big changes were made that helped:

It also helped me to play with my brother who is excellent at the game and with whom I play regularly on Cold War of black operations. You can watch us win a Champion Hill match in the video below (I also talk about my impressions of the Open Beta in the video and by the way, subscribe to my YouTube channel!)

ALSO READ  What time does the "Call Of Duty: Vanguard" Open Beta end?

I like the four multiplayer maps offered during the beta, but I have some hesitation. Red Star is giant and doesn’t work in 6v6 or even really 8v8 / 10v10. You sort of need at least 14v14 or higher to function and even then it works better with objective modes like Patrol or Domination than in TDM simply because those modes focus where the action is.

Honestly, I think a Red Star Strike map – which takes part of the map and modifies it to make it a much smaller play area – would be great. Treyarch did it with Armada and Miami in Black Ops Cold War and I enjoyed the Strike cards a lot more than the large ones. But at least with 24v24, a large card like Red Star is viable.

Gavutu is my favorite card for snipers (yes, even more so than the red star suited for snipers) simply because there’s this sniper corridor that I’m having a blast with. I like to shoot other snipers. It looks like a Wild West duel. The map itself is also quite large and works best with larger teams and objective modes.

Other improvements I’ve noticed: When you hurt yourself, the screen doesn’t get as dark and blurry (at least I don’t think so, or I didn’t notice it that much). I also had fewer technical issues, glitches, crashes, etc. this time.

Neither good nor bad

I like the way it works, although I think the individual maps will be better suited to different sizes, so I hope we can filter out not only the combat pace and modes, but also which maps we want. play – or at least have a vote.

When it comes to guns, I hate to say too much. I think it’s downright awkward to allow up to 10 attachments on any weapon (you have to unlock them as usual, but still). The new ammo system is also a bit clunky, allowing silent shells or fire bullets on, I believe, any weapon.

The guns look good, although I need more time to really say how they compare to Cold War. I have a few distinct favorites in this game – the Pellington sniper rifle, XM4 assault rifle, AK-74u and LC10 SMGs, both tactical burst rifles, to name a few – but nothing in Avant-garde jumped out at me as particularly good or bad.

I will say they need to fine tune the sounds / sensations of the weapons. Put a silencer on your sniper rifle and it will feel like you’re shooting a nerf gun. The sound and impact of many guns is muffled or compressed in a way that some guns and attachments don’t feel right. I will withhold judgment for now.

So one thing I really noticed while playing this weekend is how it doesn’t feel like a WWII game. It’s like feeling Call of Duty in a skin of World War II. Perhaps the campaign will give a more historic impression – neither accurate nor realistic, but fair law. Call Of Duty: WWII looked like WWII.

This game does not.

Part of it is the lack of factions that might change in the full version. Part of the way guns work. It’s hard to put your finger on exactly why, but it doesn’t look like WWII, it’s like Modern war wearing a WWII costume with guns that so far at least don’t feel as good to use as either of the last two games.

I noted above that the guns are not yet refined and the maps are often too large for traditional 6v6 gameplay. Beyond these issues, it all feels a bit rough and buggy. It does not matter. Sledgehammer should be able to fix spawn issues, too quiet footsteps, and other issues at launch, and whatever it doesn’t fix, it will work after launch just like all other COD games.

I’m more concerned with what’s missing. While Champion Hill has grown on me, I still prefer Gunfight. Gunfight is a great mode because it puts everyone on an equal footing. You don’t have any perks or winning streaks. You don’t even choose your loads. Everyone participates in every game and in every round on an equal footing. Skill, luck and teamwork determine the outcome.

In Champion Hill you have to think of it differently. You have to consider your gear, what perk to buy, which killstreak to buy. Armor is a factor. Lots of different moving parts.

Make no mistake, it’s fun in its own way (and I have some tips in the video above on how to pick the best things to win). But I still prefer that level playing field that Gunfight offers.

In a way, the fact that there is no War Mode is even more disappointing. At the time of Sledgehammer’s release Call Of Duty: WWII I argued that War Mode should be in every subsequent COD game. It was exactly zero. Many fans of the Second World War had placed their hopes in his return to Avant-garde and those hopes were ruthlessly dashed.

War Mode is an objective-based mode that pits two teams against each other in a series of different maps, all with multiple attack and defense objective points. One team attacks while the other defends. The defending team wins if it prevents the attacking team from achieving all objectives before the time runs out. The assault team wins by completing all the objectives before the time runs out. Then you switch sides.

It’s so much fun! It was truly one of the best modes in COD history as far as I’m concerned and it just got ditched like hot rock by Activision and its various studios. It makes me sad and I know I’m not alone. A lot of Call of Duty players have enjoyed War Mode as much as I have and wish it would return. Hell, I would like to see it in a new one Modern war Where Covert operations Game. Alas, neither War Mode nor Gunfight – the two best COD modes in years – will be in Avant-garde.

What can i say about the avant-garde graphic? They are perfectly thin and perfectly bland and I hardly notice them if I’m being honest. The game is more colorful than Modern war and less colorful than Cold War. It looks good but it’s far from revolutionary, at least in MP. Perhaps the campaign will sport better graphics. At least the new Warzone map looks pretty.

I don’t care much about graphics, especially in MP. I care more about the fluidity of the maps, the visibility, etc.

And I think the presentation is more important in general. Artistic style. The feel of the game. We can go back to the above discussion of how it looks like Modern Warfare with a WWII skin, but that has been covered. Everything is perfectly fine and nothing special, but you don’t mind either (except for the sometimes too bright sun).

Do not expect Battlefield graphics here. DICE’s engine is prettier, no doubt, and these games do a lot more with destructible environments than Avant-garde, for all the hype from game developers around these. But COD has a better shooting game and Avant-garde is no exception, although that is entirely my opinion.

(Indeed, the Sledgehammer developers in this video are embarrassing – no, we don’t want “every match” to look like Shipment for God’s sake. We want matches played in Shipment to look like Shipment! you want that in your game, make a little square map with lots of corners and close combat. Its not that hard! You even play Call of Duty ???)

Anyway, I had fun with the open beta but I didn’t like it and I’m not really that excited about the game at this point but I’m also not as worried as before. I think it’s a mistake to pull one out every year, effectively stifling the last. Modern war could have used another year of TLC. Cold War could also.

And without Gunfight or War Mode – and I’m not sure what the outlook is for 4v4 League which is my other favorite way to play – I’m just struggling to do too much hype for this game. But I’m really looking forward to it. playing the new cards, of which there are a lot (16!), fight my way through the countryside and win more Champion Hill matches.