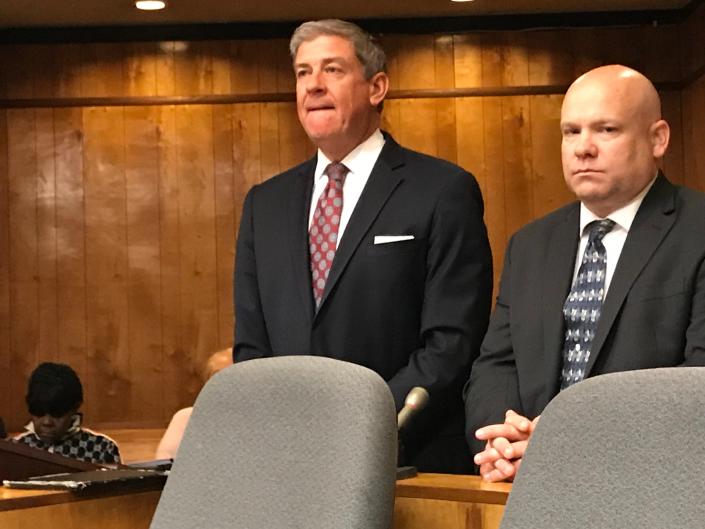 The attorney for a Bergen County man charged with killing one person and injuring another in a boating accident in West Milford will try to cite a statement of speed as a factor in the case, which could play a crucial role in the future of the judicial process.

Shawn J. Kelly, 44 at the time of his arrest in 2018, is charged with slamming his 20-foot Wellcraft into another boat, an 18-foot Bayliner, on the evening of September 5, 2016, killing Edwin Lane. came to life. Authorities said he did not stop after allegedly hitting the other boat.

Kelly’s attorney, Patrick Jennings, filed a suppression motion this summer to prevent anyone from testifying, including the victims and expert testimony, about how fast both boats were going at the time of the crash.

The motion will be heard in a Passaic County Superior Court on Oct. 14.

Four people were in the Bayliner at the time of the crash: Edwin Lane, his wife Mary and Eileen and Robert Roon. Edwin Lane suffered a head injury and died a month after the accident. Robert Roon also had serious injuries, but survived.

After a hearing following Kelly’s arrest, Edwin Lane’s widow spoke to NorthJersey.com. She said that despite the 23-month waiting period, she could always have been confident that the investigators would bring someone to justice.

When asked what could be a just end to the case, she said the defendant should receive “some jail time.”

Kelly was the main suspect almost immediately after the start of the investigation. According to court documents, the Wellcraft was seen by a local marina operator with scratches to the hull, damage to the propeller and paint underwater. In addition, the boat was low in the water.

At the time of Kelly’s not guilty plea, there was a plea offer on the table — three years in prison for pleading guilty to the second-degree charges. Kelly’s former attorney had said a decision was premature because they weren’t even done with the discovery process yet.