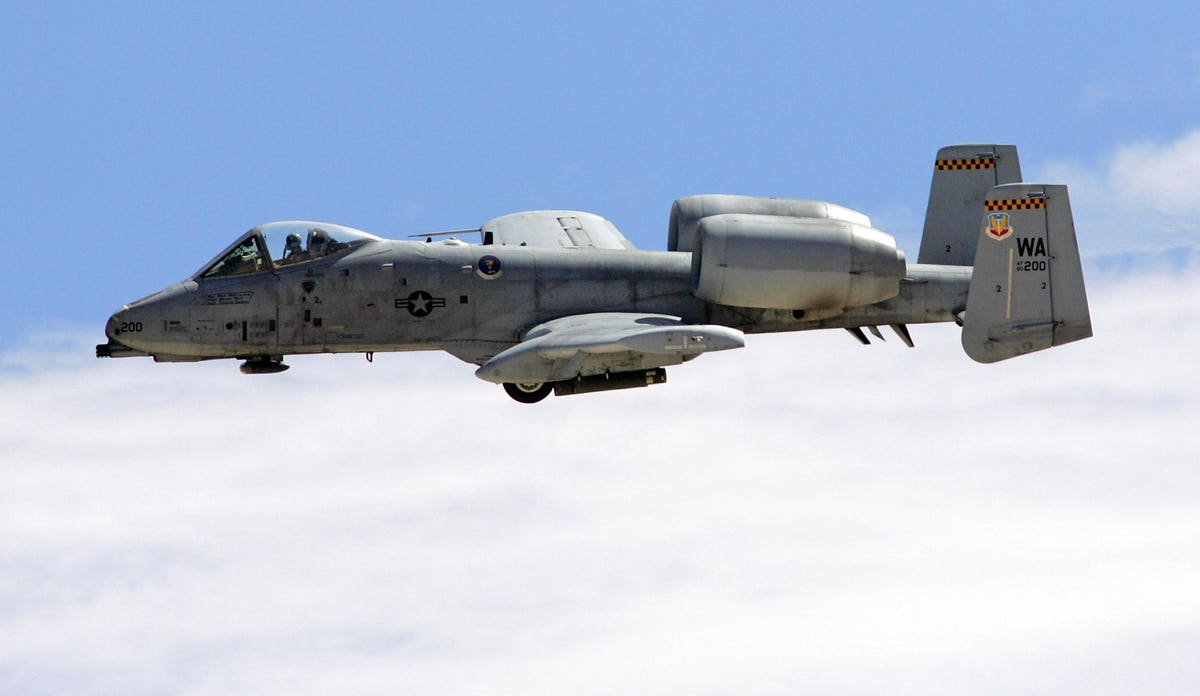 Airlines and aviation are recovering from their drop in COVID-19, which parked 17,000 airliners in 2020. Meanwhile, aviation accounts for 3% of global carbon emissions, but reduction is difficult in due to the lack of alternatives to high energy density jet fuel. Yet despite today’s woes, aviation industry fuel suppliers like Shell and BP are striving to create “greener” sources of energy.

As early as 2010, a US Air Force A-10 Warthog attack aircraft conducted a test flight from Eglin Air Force Base in Florida, fueled with canola oil.

Raising the production of cleaner, more sustainable aviation fuel (SAF) is critical, as it may take 2040 before alternative energy sources such as hydrogen or battery-powered electric motors fail. be ready. Shell says its goal is to produce two million tonnes of SAF by 2025.

This is a drop in the proverbial bucket from global jet fuel demand of 330 million tonnes in 2019. But two million tonnes is a huge improvement over the 100 million liters of SAF produced this year, or only 100,000 tonnes. Investment bank Jefferies says SAF accounts for less than 0.1% of current global aviation fuel needs.

What is sustainable aviation fuel? SAFs are fuels made from sustainable raw materials and other organic materials. It can include cooking oil and other non-palm residual oils from animals or plants, food scraps, solid wastes such as packaging, paper, textiles and forest timber. Other promising sources are energy crops, especially fast-growing plants and algae, as well as “synthetic SAFs” made from waste gases.

The International Air Transport Association (IATA) says SAF has the potential to reduce life cycle emissions by up to 80%, compared to conventional aviation fuel. Shell points out that SAF is “also an alternative fuel, which can be blended in a ratio of up to 50% with conventional jet fuel for use in aircraft in operation today.”

But a critical difference between ethanol and SAF for airlines is that “jet fuel contains a lot of energy for its weight. It’s this energy density that really made commercial flight possible, ”as BP puts it. Shell notes that conventional kerosene-based jet fuels combine “good combustion characteristics with high energy content”. The downside is that a return flight between London and San Francisco has a carbon footprint per economy ticket of one ton of CO2.

According to BP, the refined version of SAF “is very similar in chemistry to traditional fossil jet fuel.” This is essential because of the high energy density required to push heavily loaded planes around the world.

An example is the Airbus A380. It has a maximum take-off weight (MTOW) of over 600 tonnes, or 1,268,000 lbs, including over 300 tonnes of fuel. In 2020, a new Emirates A380 was delivered to Dubai, flying on a blend of conventional jet fuel and biofuel made from used cooking oils in Finland.

Used for the first time by the industry in 2008, this SAF has handled more than 300,000 flights worldwide. But despite SAF’s promise, Reuters notes that its cost “is currently up to 8 times higher than regular kerosene.” There is also a limited availability of raw materials.

Nevertheless, Shell says SAF will account for 10% of its global aviation fuel sales by 2030. The company is building a biofuel processing plant in Rotterdam with an annual capacity of 820,000 tonnes. Shell is also developing synthetic SAFs based on hydrogen and recycled carbon.

Such challenges explain why SAF currently represents less than 0.1% of the aviation fuel market. Shell’s contribution to manufacturing would be more than a ten-fold increase from the current total global production of sustainable fuel. But with the lack of alternative energy sources, “sustainable aviation fuel, whether bio SAF or synthetic SAF, remains the most important solution,” Anna Mascolo, director of Shell Aviation.

In 2018, Sir Richard Branson encountered a Virgin Atlantic Boeing 747 at London Gatwick after a flight from Orlando, Florida. Power for the since-disappeared 747 (Virgin scrapped them in 2020) was supplied by a mixture of conventional jet fuel and biofuel made from industrial waste gases converted to ethanol.

There have been many “one-off” flights powered by SAF, encapsulating both the promise and the problem of biofuels. Can airlines and military get a constant supply of jet grade used cooking oil?

The challenge is to manufacture sustainable aviation fuel on a large scale. Otherwise, even passengers committed to reducing carbon emissions may well balk at an 800% fuel surcharge on future airline tickets.