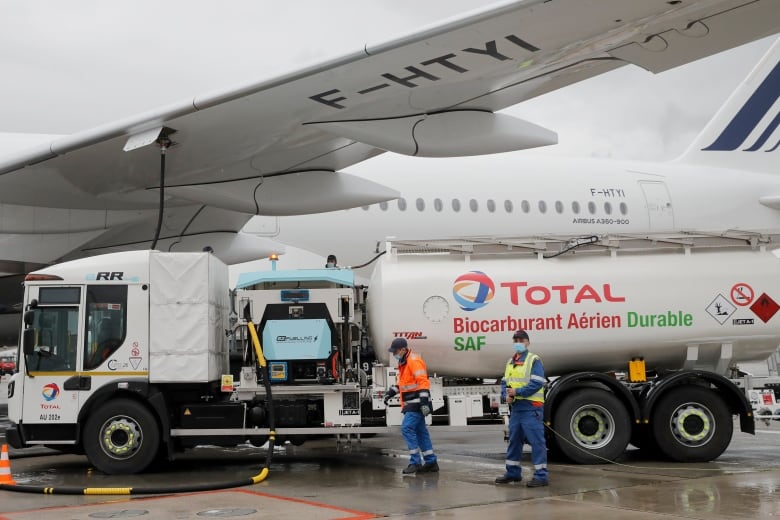 The federal government needs to be more transparent — and ambitious — about its upcoming plan to reduce the aviation industry’s carbon emissions, a group of environmental groups said in an open letter.

In the letter, released last week, the groups say Canada is lagging behind other countries in tackling aviation emissions, and that the federal government should impose a 30 percent reduction target on the industry by 2030 below 2019 levels. say that emissions from the aviation sector have risen dramatically — up 74 percent from 2005 to 2019 — and that the previous emissions plan failed to turn the tide.

The letter has been signed by dozens of environmental and health groups, including Environmental Defense, Équiterre and the Registered Nurses’ Association of Ontario.

“And here we have a government that is going to look at the emissions issue privately behind closed doors with industry to come up with a plan to be presented at an international forum in September,” said Lyn Adamson, co-chair of advocacy group ClimateFast, one of the signatories. of the letter, referring to the International Civil Aviation Organization (ICAO).

“We’re just saying you have to have public input. It has to be a transparent process.”

Air travel accounted for about three percent of Canada’s total emissions in 2019 (air traffic fell drastically in 2020 due to the pandemic), or about 22 megatons of CO2 equivalent greenhouse gases. That is equivalent to the emissions of five million cars per year.

Canada’s aviation emissions reduction plan is expected to be released in the fall and will be submitted to the International Civil Aviation Organization, the UN agency that oversees international air travel and navigation. ICAO has set ambitious targets to improve fuel efficiency by two percent annually until 2050 and carbon neutral growth in the aviation sector from 2020.

The international agency is also developing the Carbon Offsetting and Reduction Scheme for International Aviation (CORSIA), in which Canada participates. The system requires airlines to offset some of their carbon emissions by purchasing carbon offsets that reduce emissions elsewhere, a tool that is controversial because of the challenges in verifying whether the offsets work.

Canada’s last aviation emissions plan was released in 2012. It was based on boosting fuel efficiency, developing more sustainable fuels that release less carbon when burned, and improvements to air traffic control that could further reduce emissions. It did not include any short-term emission reduction targets for industry, which Adamson said should be included this time.

What can be done to reduce emissions?

Proponents say it’s time for Canada to look beyond fuel efficiency and think about reducing the demand for air travel.

“Short flights in Canada could be replaced by buses and trains, which are certainly better from a climate point of view. So those trips, for example from Toronto to Ottawa, Toronto to Montreal, we should do by bus or train, and ideally with an electric bus and an electric train,” said Gideon Forman, a transportation policy analyst at the David Suzuki Foundation, who also signed the letter.

“It’s going to take some work. I mean we don’t have fast trains right now between Toronto and Montreal, Toronto and Ottawa, but we have to go that way.”

Forman says that due to Canada’s geographic location, air travel will remain essential. But many busy routes in the Windsor-Quebec City corridor, or between major cities in BC and Alberta, could be replaced by trains and buses, he said.

France is considering something similar. In 2021, it passed to ban domestic flights where a two-and-a-half-hour train alternative exists.

Denmark has announced a goal of achieving net-zero emissions for all domestic flights there by 2030, although that will depend on sustainable fuel technologies that do not yet exist. Airbus, the European aircraft manufacturer, wants to bring an emission-free aircraft on the market by 2035. It would be based on hydrogen, a fuel that does not emit CO2 when burned.

But the rapidly increasing demand for air travel is ringing alarm bells among environmental advocates.

What is the industry doing?

Air Canada, the country’s largest airline, has set a goal of achieving net-zero emissions for all of its operations by 2050. It also has a short-term target of 20 percent emissions reductions below 2019 levels for its flights, something the open letter also highlighted.

In an email statement, the airline said it supports the government in adopting long-term climate targets for the industry. The company’s climate plan includes replacing older aircraft with more fuel-efficient aircraft and supporting the development of more sustainable aviation fuels (which emit less CO2 when burned than what is currently used).

Transport Canada said the new emissions plan “will establish a net-zero vision for aircraft emissions by 2050 as a first step and signal more work.” Further details about the plan were not given, as it is still pending.