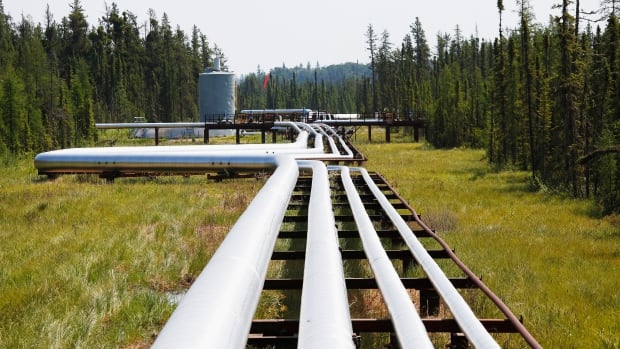 The federal Competition Bureau is investigating the Canadian Gas Association to determine whether it has made misleading statements about the environmental impact of natural gas.

The agency confirmed on Thursday that it has launched an investigation into “alleged deceptive marketing practices” by the industry’s lobbying group. The investigation was prompted by a complaint filed by six individuals affiliated with the Canadian Association of Physicians for the Environment (CAPE) advocacy group.

The complaint alleged that the Canadian Gas Association – which includes companies such as Enbridge Inc., FortisBC and ATCO – is misleading the public with its “Fuelling Canada” marketing campaign.

The campaign promotes the use of natural gas as a form of low-emission energy. On the campaign’s website, the lobbying group says, “The Canadian natural gas industry works 24/7 to ensure affordable, clean and reliable energy for families and businesses.”

But the Canadian Association of Physicians for the Environment argues that natural gas isn’t as “clean” as the campaign makes it sound. In a press release, the group says natural gas is a fossil fuel that contributes to global warming.

“Gas extraction and production also pollutes the air and pollutes water resources, while gas appliances closer to home cause indoor air pollution and pose a serious health risk to children’s respiratory health,” said Dr. Melissa Lem, a member of CAPE and one of the complainants.

According to the U.S. Energy Information Administration, burning natural gas for energy produces fewer emissions of nearly all types of air pollutants and carbon dioxide than burning coal or petroleum products.

However, the federal agency says the production and extraction of natural gas is responsible for the leakage of methane – a potent greenhouse gas – into the atmosphere. The U.S. Environmental Protection Agency estimates that in 2019, methane emissions from natural gas and petroleum systems and from abandoned oil and natural gas wells were the source of about 29 percent of total U.S. methane emissions and about 3 percent of total U.S. greenhouse gas emissions.

In Canada, environmental groups have called on the country’s energy sector to do more to reduce so-called fugitive emissions — methane leaks that can occur during the drilling and extraction of natural gas.

In a statement to TBEN News, Canadian Gas Association CEO Timothy Egan said they were aware of the agency’s investigation.

“The CGA will work with the Competition Bureau and is confident in its position. Natural gas plays an important role in Canada’s energy mix,” he said.

On its website, the Canadian Gas Association said the industry is working to deploy technologies that reduce emissions across all of its operations. Recent innovations include hybrid heating, combined heating and small-scale residential/commercial carbon capture, all of which have the potential to reduce the carbon footprint of natural gas use.

The Federal Competition Bureau is required by law to investigate formal complaints regarding misleading advertising as long as they meet the technical requirements set forth in the Canadian Competition Act.

In September, the agency confirmed it was investigating a related complaint of alleged “greenwashing” in advertisements, this one involving RBC.

The RBC investigation was launched over allegations that the bank’s claims that it is committed to net-zero is misleading, given that the financial institution continues to fund the fossil fuel sector.

In response to the Competition Bureau’s investigation, the bank denied that it misled customers.