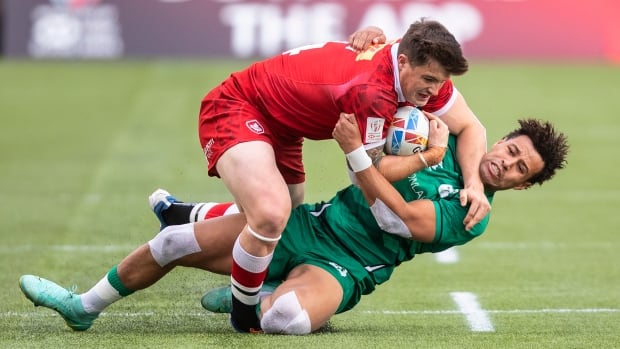 Allen, 26, who played for the national sevens team for the past two seasons and represented Canada at the Commonwealth Games last summer, was injured Nov. 7, the federation said on Instagram.

Emergency surgery was required after Allen suffered serious injuries to his head, shoulder and forearm, Rugby Canada said. According to the post on Saturday, Allen’s slow process of “awakening” from a medically induced coma had begun.

There was no immediate word on what caused the crash or how long the recovery process might take. A message left at Rugby Canada was not immediately returned.

A GoFundMe page set up by friends and family to help pay Allen’s medical bills had raised more than $151,000 of the $200,000 goal as of Monday afternoon.

Allen, a six-foot-four 230-pound back row from West Vancouver, BC, played at the college level for the UBC Thunderbirds from 2015-20.