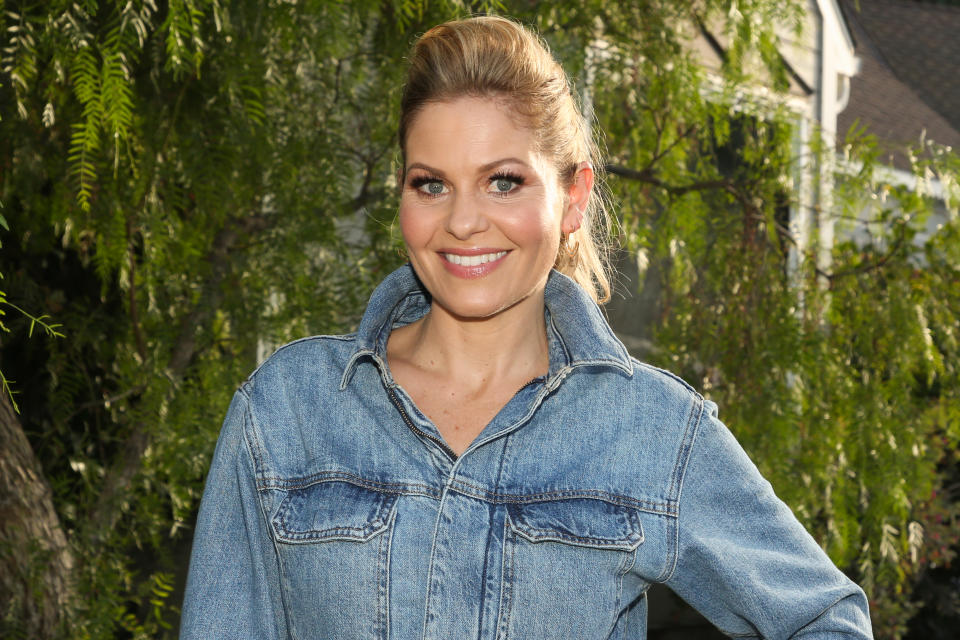 Candace Cameron Bure doesn’t shy away from talking about her faith, despite backlash over her comments about “traditional marriage”. The Full house star, who describes herself as a “committed Christian,” spoke to TBEN News Digital about navigating a tough year, like the loss of her TV dad Bob Saget.

“I’ve had a really rough year on a personal level, which has really shown me who my real friends are. From losing Bob this year,” Bure shared. “It felt like a big loss this year. When you have those friends that are there and show up, I’m thankful. I’m so thankful to my friends, my true friends and of course my family.”

“My belief is so core and foundation of who I am that sometimes I don’t verbally acknowledge it because it’s just my assumption,” she explained. “It’s like, well, ‘If you get Candace, you get Faith.’ It’s the same. It’s always with me. It’s in everything I do.”

Bure added, “I am very thankful for God’s protection and love.”

The 46-year-old actress has been in the news all week after comments she made to the Wall Street Journal led to backlash. In the interview, Bure opened up about leaving the Hallmark Channel for the Great American Family network, as the latter aligns more with her values.

“My heart wants to tell stories that have more meaning, purpose, and depth behind them,” says de A Christmas present star, who has also been named chief creative officer at the company, stated. “I knew the people behind Great American Family were Christians who love the Lord and wanted to promote faith programming and good family entertainment.”

Hallmark is gearing up to release its first gay-led holiday movie. While Bure declined to comment specifically on her decision to leave the network, she simply said, “It’s actually a very different network than when I started because of the leadership change.”

Bure concluded that LGBTQ storylines will not be seen in her new home, sharing, “I think Great American Family will keep traditional marriage front and center.”

After that comment sparked controversy, the Full house defended himself on social media.

“Anyone who knows me knows beyond a shadow of a doubt that I have great love and affection for all people. It absolutely breaks my heart that anyone would ever think that I would intentionally insult and hurt someone. It saddens me that the media often try to dividing us even around a topic as comforting and joyful as Christmas movies. But given the toxic climate in our culture right now, I shouldn’t be surprised. We need Christmas more than ever,” she said.

“To those members of the media responsible for using this opportunity to fan flames of conflict and hatred, I have a simple message: I love you anyway. To those who dislike what I value and who attacking me online: I love you. To those who have tried to kill my character: I love you. To anyone reading this, of any race, creed, sexuality or political party, including those who have tried to kill me teasing with name calling: I love you,” Bure continued. “And in the sole motivation of pure love, I hope you’ll join me in sharing God’s hope for the whole world this Christmas season. Call that my Christmas wish.”