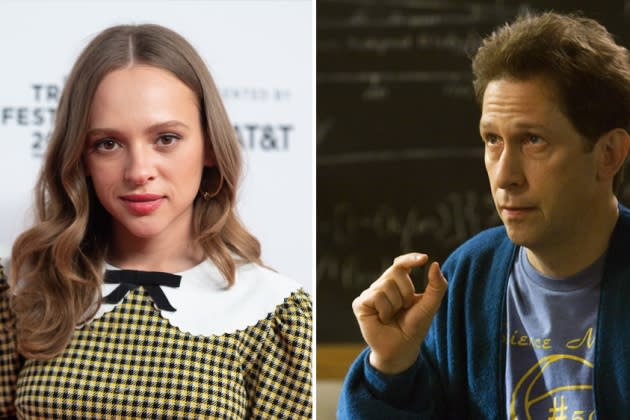 Anthony Mackie, who has starred in the Marvel Cinematic Universe since “Captain America: The Winter Soldier” superhero Sam Wilson, aka the Falcon, is leading the film as the new Captain America for the first time. The cast of the fourth “Captain America” ​​movie will also include Shira Haas as Sabra, Tim Blake Nelson as The Leader, as well as Danny Ramirez and Carl Lumbly, who appeared in the “The Falcon and the Winter Soldier” series, as Joaquin Torres. and Isaiah Bradley, respectively.

Nelson’s The Leader was last seen in the 2008 film “The Incredible Hulk” as Samuel Sterns, who began his transformation into Hulk’s iconic villain.

When the “New World Order” team took the stage, director Julius Onah called the film a “paranoid thriller.” Mackie was delighted with the project, saying, ‘I’m nervous! I’m excited. It’s everything I expected it to be.”

We last saw Mackie in the Disney+ series “The Falcon and the Winter Soldier,” where he first took up the Captain America shield and debuted a new patriotic costume. The show starred Sebastian Stan as Bucky Barnes, aka the Winter Soldier, and Emily VanCamp as Sharon Carter, a former CIA agent from the “Captain America” ​​movies. It also introduced Wyatt Russell as the fake Captain America John Walker, who turned into the evil American agent. “Top Gun: Maverick” actor Ramirez was introduced as Joaquin Torres, a new ally to Wilson’s Cap, and Daniel Bruhl returned as the evil Baron Zemo in the series.

“Captain America: New World Order” is one of the upcoming Phase Five movies of the Marvel Cinematic Universe. “Luce” and “Cloverfield Paradox” filmmaker Onah will direct the film from a script written by Dalan Musson and Malcolm Spellman, who both wrote “The Falcon and the Winter Soldier.” Spellman is co-producing with Marvel Studios president Kevin Feige.

It’s Mexican Week on ‘The Great British Baking Show’. This is why some say an episode portrays “hurtful” stereotypes.