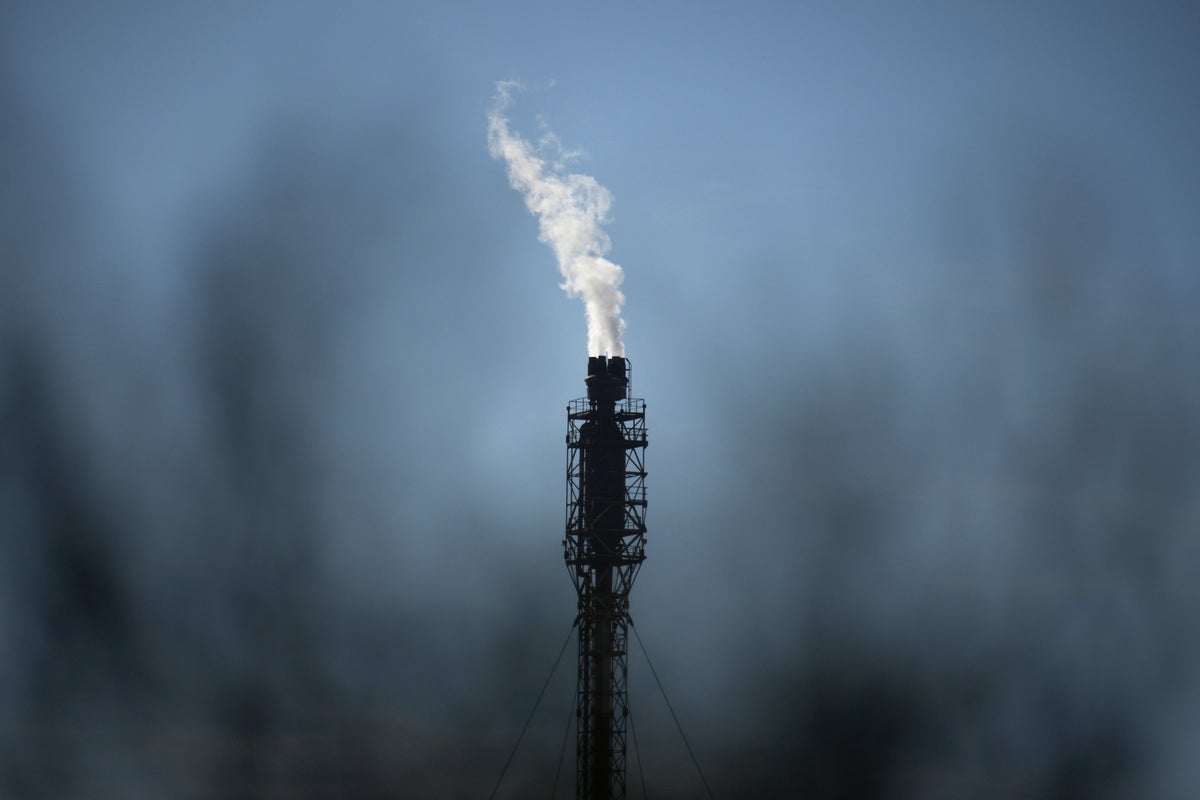 Global carbon emissions remain at record highs, with no signs of a decline needed to contain the climate crisis, scientists warn.

If the world continues at current emission levels, there is a 50 percent chance that global temperature rise will reach 1.5°C — a threshold above which the worst impacts of climate change are expected — in nine years, they said.

Emissions would need to fall every year at a rate comparable to 2020 – when Covid-19 restrictions shut down transportation, industry and economic activity – to keep the long-term temperature rise to 1.5°C , say the experts.

ALSO READ  Earthquake with a magnitude of 7.0 in the Solomon Islands

But carbon pollution from burning fossil fuels is up 1 percent from 2021, the analysis from the Global Carbon Project says, and is now slightly above the record levels of 2019.

The increase in carbon dioxide from fossil fuels, including cement production, is due to the ongoing recovery from the pandemic and the energy crisis caused by the invasion of Ukraine, the researchers said.

Total CO2 emissions for 2022, including deforestation and other land use changes, are expected to be around 40.6 billion tons, up slightly from 2021 and close to the record 40.9 billion tons emitted before the pandemic in 2019.

The Global Carbon Project involves more than 100 scientists from 80 organizations in 18 countries, and its results – published in the journal Earth System Science Data – come as countries meet for the latest round of climate talks at Cop27, in Sharm El- Sheikh, Egypt.

Although the growth in emissions has slowed, the world isn’t taking the action needed to spike and dip them quickly to limit temperature rises, the scientists said.

Professor Pierre Friedlingstein, from the Global Systems Institute at the University of Exeter, who led the study, said: “This year we are seeing another increase in global fossil carbon dioxide (CO2) emissions, while we need a rapid decline.

“There are some positive signs, but leaders meeting at Cop27 will need to take meaningful action if we are to have a chance of limiting global warming to nearly 1.5°C.”

Professor Corinne Le Quere, from the School of Environmental Sciences at the University of East Anglia, said: “Our findings reveal turbulence in emission patterns this year due to the pandemic and the global energy crises.

“If governments respond by encouraging investment in clean energy and planting, not felling, trees, global emissions could fall rapidly.”

She said there was evidence that climate policy could work, as emissions growth has slowed significantly in recent years, since the Paris Agreement to limit warming to well below 2°C or to 1.5°C, and the future was in the hands of the people.

“We are at a turning point and must not allow world events to distract us from the urgent and ongoing need to reduce our emissions to stabilize the global climate and reduce the risks of cascading,” she said.

The report showed that oil emissions rose 2.2 percent in 2022 from last year, largely due to an ongoing recovery in aviation after the pandemic.

Coal emissions have also risen 1 percent – ​​likely higher than what was considered the peak in 2014 – with surges in the EU as the war in Ukraine strained energy supplies for the bloc, as well as in India.

But China and the US have seen a decline in coal pollution, the analysis shows.

Among the major polluters, the picture is mixed: emissions are expected to fall by 0.9 percent in China and 0.8 percent in the EU, but by 1.5 percent in the US and India by 6 percent, down 1. 7 percent. cents rise in the rest of the world.

Land use change, especially deforestation, is expected to cause 3.9 billion tons of CO2 emissions, after a small but uncertain decline over the past two decades.

Only three countries, Indonesia, Brazil and the Democratic Republic of the Congo, contribute more than half (58 percent) to emissions from land use change.

The report shows that levels of carbon dioxide — the main greenhouse gas — in the atmosphere are expected to average 417 parts per million (ppm) by 2022, 51 percent above pre-industrial levels.

Scientists have warned that to keep long-term global temperature increases to 1.5°C above pre-industrial levels, the world must have cut carbon dioxide emissions to zero by 2050.

Net zero means that no more CO2 is emitted than is absorbed by landscapes such as forests and oceans, or by technology.

To meet that target, emissions would need to fall by 1.4 billion tons per year – comparable to the 2020 declines seen at the height of pandemic lockdowns.

If total CO2 emissions remain at 2022 levels, the remaining carbon “budget” for emissions that can be released into the atmosphere and still keep global warming at 1.5°C, nine years from now are completely exhausted.

And there’s a 50 percent chance that the global average temperature increase, driven by carbon dioxide and other greenhouse gases, will cross the 1.5°C threshold around the same time, the researchers said.