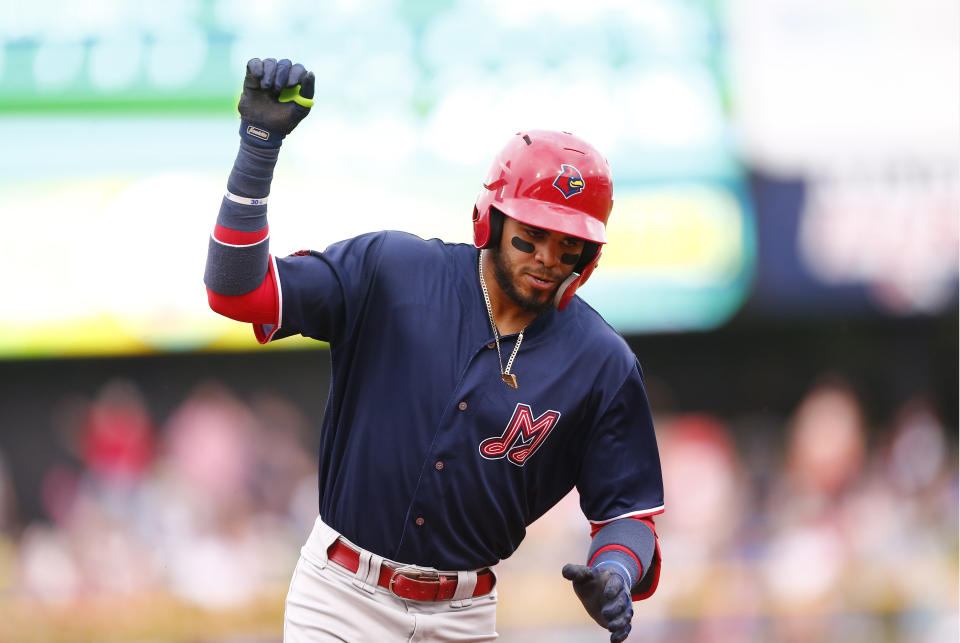 St. Louis Cardinals minor leaguer Delvin Pérez didn’t hit a homerun in the sixth inning on Thursday. That was news to Delvin Perez.

Facing Atlanta Braves-affiliated Gwinnett Stripers in Triple-A, Pérez crushed a ball into left field that would normally be a home run most nights. It had the exit speed, it had the hang time, it had the sound. The spectators had every reason to be surprised when the wind knocked the ball over and it fell into the glove of Stripers leftfielder Justyn-Henry Malloy.

Unfortunately, that group didn’t include Pérez, who stared at the ball for a few seconds during the replay before concluding that he’d gone off the field, flipped his bat and turned his head down to get the bases running.

He didn’t seem to realize he was out until he rounded third base, when his dugout brought him the bad news. Pérez stopped just before home plate before raising his arms in shock.

It has generally been a difficult season for Pérez, who made top-100 prospect lists in 2017 after being drafted but struggled on his journey to the major leagues ever since. The 23-year old went in on Thursday and hit .226/.319/.319 with five homeruns in 93 games between Memphis and Double-A Springfield.