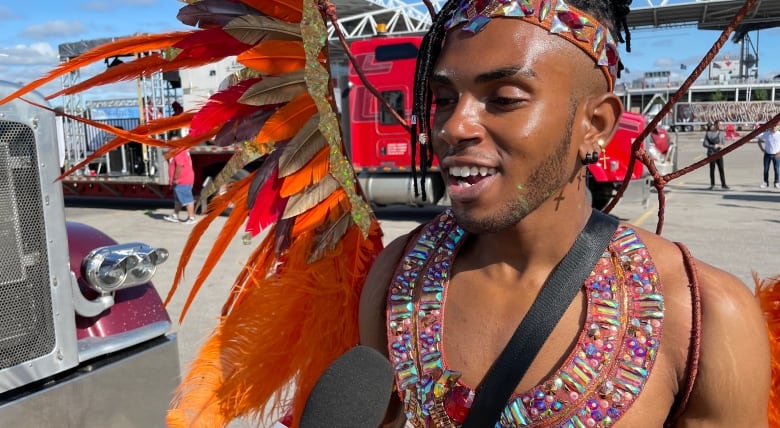 The parade is celebrating its 55th anniversary after the pandemic forced cancellations in both 2020 and 2021. According to the event’s website, “the Caribbean tradition of parading down the street was established in celebration of freedom and emancipation from slavery.”

“I feel pumped up, I feel excited,” said Chancois Christopher, one of the attendees. He said he had waited a long time for the event and was looking forward to tapping into his culture.

“Carnival holds a very special place in the hearts of many Canadians and Torontonians,” said Singh, who said he was excited to “jump up,” a form of dancing that takes place during Carnival.

Tiffany James, who is Trinidadian, has always wanted to take part in the parade.

“Carnival is a big part of the culture,” she said.

James and her friend Elizabeth Jones woke up at 5am to get their costumes ready. Jones said she expects the event to be “pretty wild” after two years of pandemic closures.

Both Jones and James are part of Toronto Revelers, one of the mas bands taking part in the parade. Organizers expect 10,000 masquerades to participate in the event.

The parade lasts until 8 p.m. and is expected to attract a large crowd.