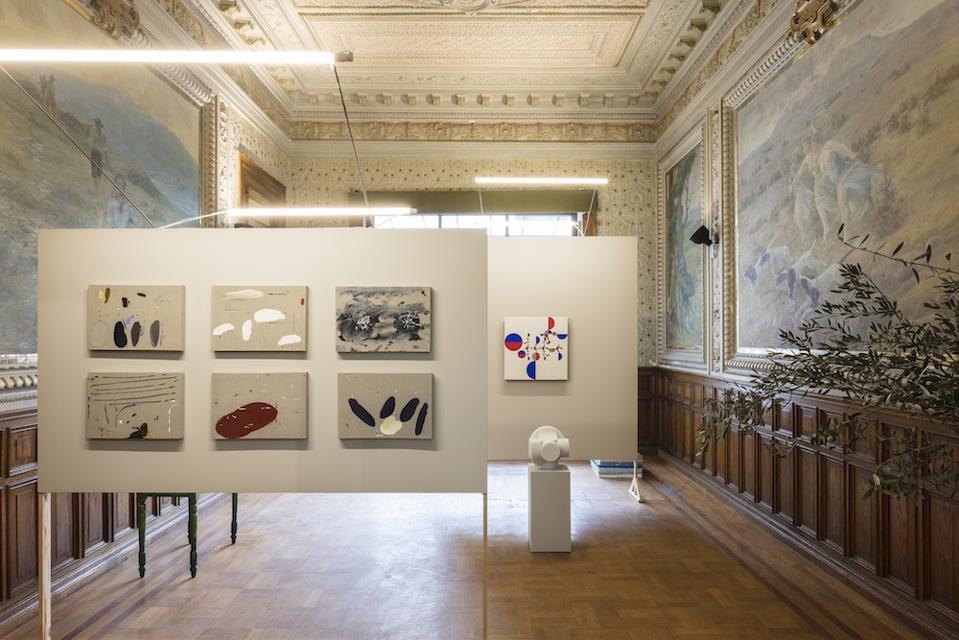 Like all businesses, Mexico City’s art galleries have been forced to adapt and innovate due to COVID-19, which has led to the formation of Casa Versalles, a collaborative exhibition between ten local galleries. The first iteration in December 2020 took place in a 20e– century in Colonia Juárez and was a huge success. Next week, the project returns for its second edition in the same space where you will find the works of contemporary artists occupying the historic rooms of this former residence.

The first and second edition of Casa Versalles were planned during the period when these Mexico City galleries would normally be present at Art Basel art fairs, providing a local creative outlet while international travel was limited. “The idea was to bring galleries together to support each other and bring a new experience to collectors and the local community,” says Karen-Sofie Kvamme, sales at kurimanzutto. Casa Versalles has helped reactivate the market and also provided a meeting point for the local art scene after months of social distancing and exclusive online interaction.

The project is a testament to the collaborative spirit of Mexico City and includes galleries such as kurimanzutto, CURRO, Galería Agustina Ferreyra, Galerie Nordenhake, Gaga, Labor, OMR, Pequod Co., PROYECTOS MONCLOVA and Travesía Cuatro. “The exhibition at Casa Versalles is a testament to the fact that Mexico City galleries see themselves as a unit,” says Isabella Aballí, sales manager at Proyectos Monclova. “The success of one gallery is the success of another and this ecosystem is vital to the city’s thriving artistic landscape.

In addition to enhancing the commercial side of the Mexican artistic landscape, Casa Versalles also benefits the institutional component. As in its first iteration, Casa Versalles will donate ten percent of sales to two national institutions: MARCO (Museum of Contemporary Art of Monterrey) and MAZ (Museum of Zapopan Art). Previously, Casa Versalles had supported the Museo Tamayo and the Museo de Arte Carrillo Gil in 2020. “Museum budgets have been drastically reduced over the past two years, and all participating galleries felt it was imperative to do so. remedy, ”Kvamme explains.

After a period filled with uncertainties, artists like Jerónimo Elespe are also eager to present their work in the unique setting offered by Casa Versalles. “It’s a very focused selection of participants in a unique and very interesting paradox: welcoming a small group from some of the best galleries in Mexico, with very international programs and positions, but presenting the works to an irremediably local audience due to of the current travel restrictions, ”explains Elespe. Casa Versalles brings a sense of optimism to the artistic landscape of Mexico City and in a world of massive art fairs, allows people to connect on a smaller level.

This is especially true when an in-person event is not only standard procedure but marks the light at the end of the tunnel in the wake of a global pandemic. “There have been a lot of changes and we have adapted to be present in the digital world and after months of being only online,” says Kvamme. “It’s a breath of fresh air to be part of the Casa Versalles initiative.