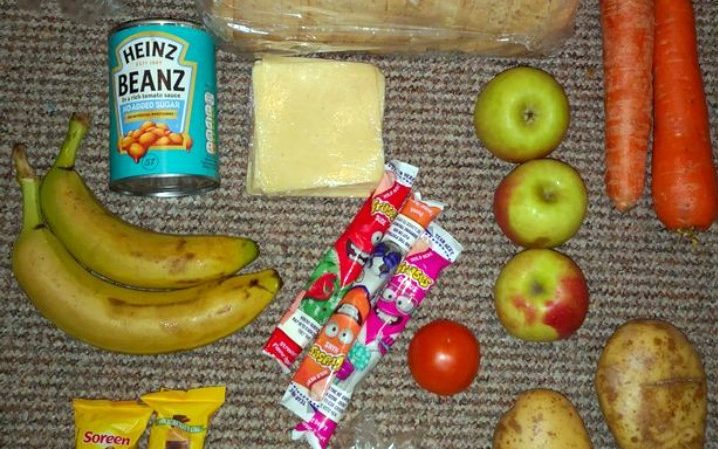 Schools have the freedom to decide how they provide free school meals to children who learn at home. This could include meal packages, local vouchers, or the Ministry of Education’s national voucher program.

Following the backlash from activists on Tuesday, the government today promised to reinstate the national voucher program, offering backdated refunds to schools that had previously invested in food package programs.

In the past, there have been concerns that cash transfers could lead to increased spending on alcohol, tobacco or other “luxury” items. But Ms McNeil says there is little evidence to support this, citing a World Bank study that looked at 44 estimates across 19 different studies on the subject.

Save the Children has been addressing the needs of children in a number of humanitarian disasters and conflict zones for over 100 years, but the charity, which was founded in the UK, also has a long history of support. to poor children in Britain.

At the start of the coronavirus crisis, the charity set up an emergency grant for families living on the industry.

The grants provide low-income families with basic household items and practical resources to support them through the pandemic. More than 10,000 children have already used the program.

In Save the Children’s experience, cash transfers are one of the most cost-effective ways to deliver aid: they support the local economy and, unlike food packages, you don’t need to building a new production line from scratch, Ms. McNeil said.

“The only environment in which we don’t have a very strong preference for cash programs is one where the food supply has been so disrupted by war,” she said.

“There are a few places where you just can’t reliably access nutritious foods other than bring them. But that is clearly not the situation we find ourselves in in the UK. ”

Even food stamps with specific conditions have a better long-term impact on people’s mental health and economic prosperity, says McNeil, because prepackaged food boxes can often leave parents feeling disenfranchised and frustrated by them. provisions that have not been adapted to the needs of their families.

“All over the world if someone is getting help it’s because and only because they have less money … so why design something that looks like punishment or humiliation?” ” she said.

Riots on Capitol Hill: Everything We Know About What Happened When Trump Supporters Stormed Washington