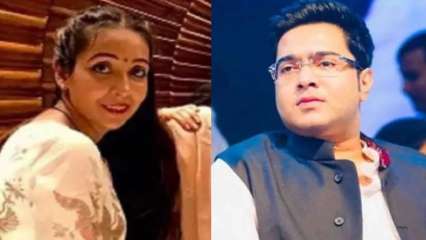 The CBI will question Rujira Banerjee, wife of the nephew of West Bengal chief minister, Mamta Banerjee, Abhishek Banerjee, in the coal scam on Monday. This investigation will be conducted from 11 a.m. to 3 a.m. at the Kolkata office of the CBI or at Rujira’s residence. The investigative agency’s action against Mamata’s family intensified the brawl between the BJP and the TMC.

The CBI had sent a notice to question Rujira, to which it replied that she was prepared to appear for questioning in the alleged smuggling of coal case. Responding to the notice, Rujira, in a letter to CBI investigating officer Umesh Kumar, said she would be available for questioning at her home on Tuesday between 11 a.m. and 3 p.m.

Rujira said she was unaware of the reason she was being asked to be interviewed and the subject of the investigation.

ALSO READ  After UP Chaat Brawl, the man called "Chacha" explains what caused it

Earlier, the CBI had also summoned Rujira’s sister Menka Gambhir for questioning. A CBI team, accompanied by female officials, arrived at the Menka high-rise residential complex in Panchashyar on Monday at around noon.

By contrast, with this action by the CBI, the ruling TMC launched an attack on the BJP. TMC said BJP dreams of winning Bengal scary using CBI and ED. At the same time, the BJP has also fired back and said TMC is wrong, which is why it is afraid of investigations. Amid this controversy between the BJP and TMC, Congress again questioned the timing of the investigation.

“Now the BJP has no allies. Akali and others are gone, so their only allies are CBI and ED. They try to use their allies to threaten and put pressure on TMC, who is their main opponent. . We need to send the message that we are not going to be threatened by such an effort, ”Trinamool MP Sougata Roy said in reaction to the incident.