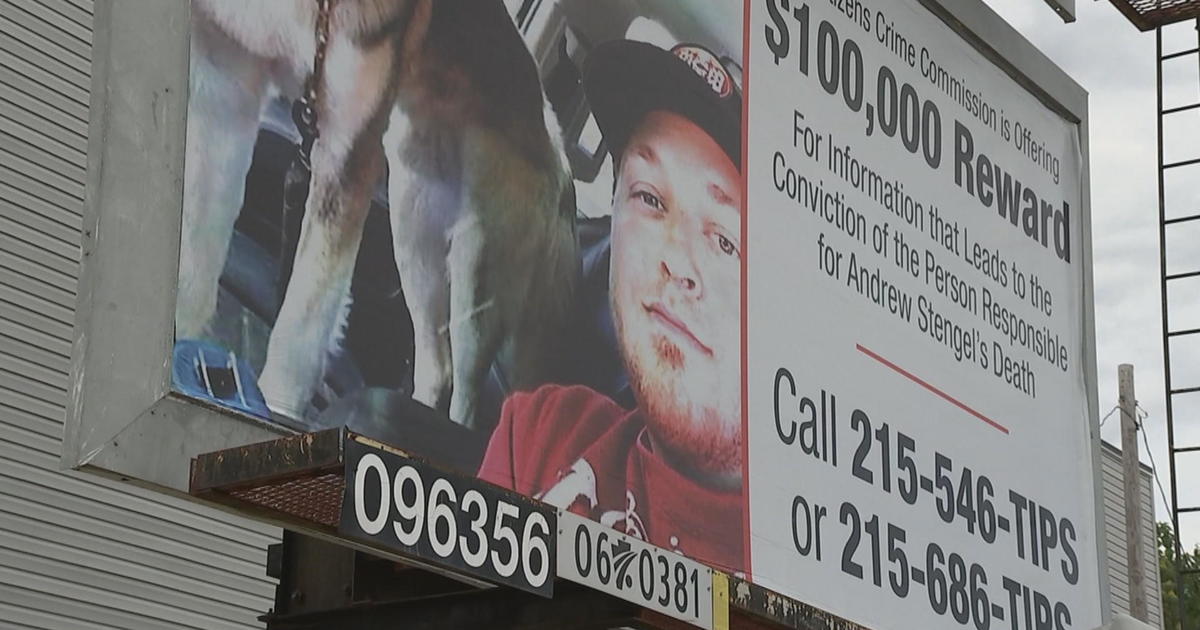 PHILADELPHIA (TBEN) — A father’s mission to get justice for his son. In May, CBS3 Mysteries profiled the unsolved murder of Andrew Stengel. He became the city’s 501st murder last year.

The Philadelphia police say they are close to the case, they just need more information.

Andrew’s father is now taking action. Mike Stengel is more determined than ever to find his son’s killer.

Billboards have gone up, making the unsolved murder of Andrew Stengel hugely visible. Mike believes those who know what happened are in this area.

“I think one of the things I’m sure there are people who know what happened, right?” said Mike. “I’m sure this person who killed him isn’t keeping it to himself and there’s someone out there who needs to know something.”

CBS3 Mysteries profiled the Stengel case a few months ago. The Philadelphia Police Department said at the time that the investigation had a high solvency factor.

Detectives were close but need additional information about the murder that took place on Black Friday in November 2021.

Homicide Lieutenant Dan Brooks says Andrew was about to get into his truck, which was parked on Ardleigh Street in Mount Airy, when he was ambushed.

The family said he had become somewhat suspicious of the neighborhood and at the time of his death Andrew was still mourning the sudden death of his girlfriend.

According to the police, Andrew was undoubtedly the target.

Mike, who has recently retired, is committed to finding his son’s killer. He put up most of the $100,000 reward and now these billboards.

The police in the city are doing their best. They’re a little overwhelmed,” Mike said. “But you know, there have been so many murders in the city that you wonder if you’ll ever really find the person who did it.”

If you have any information on Andrew Stengel’s murder, call 215-686-TIPS.