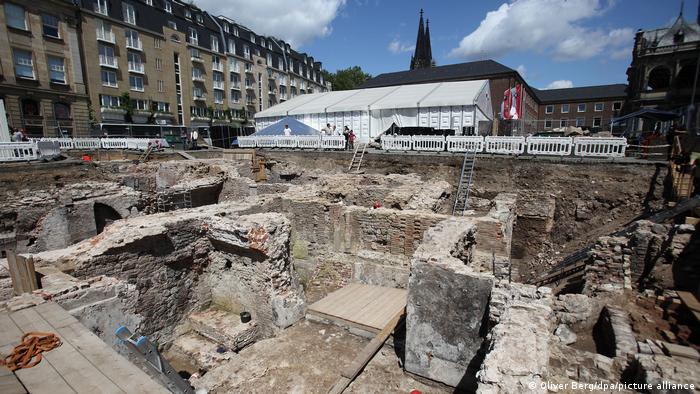 Back in the year 321, Cologne, then the capital of the Lower Germanic province of the Roman Empire, inspired an official edict that marks the earliest evidence of Jewish life in Germany.

When the Cologne City Council wanted to repair a dilapidated bridge but lacked the financial means, a Jew named Isaac wanted to help out. He would, however, have to hold office in the city council. A request was subsequently submitted to the Roman emperor Constantine the Great.

“By law valid throughout the empire, we permit all city councils to appoint Jews to the city council,” read the resulting edict issued by Constantine 1700 years ago. The emperor had unknowingly produced the first written evidence of Jewish life in Europe north of the Alps.

Jewish culture throughout the ages

Archaeologists have also unearthed traces of Cologne’s medieval Jewish community under the central Rathausplatz or Town Hall Square, including the remains of an 11th-century synagogue and the mikweh, the women’s ritual baths.

After the remains were discovered in the 1950s, the Rathausplatz was subsequently converted into a parking lot as part of the postwar reconstruction. The Jewish cultural remnants disappeared underground until 2007, when archaeologists ripped up the pavement again.

The resulting dig turned out to be the discovery of the century: a jumble of alleys, walls, cellars and stairs were part of a complete medieval Jewish quarter. Were sections already standing in the year 321?

A museum is to be built over the archaeological site and is due to open in 2024. Cologne has applied for the quarter to be listed as a UNESCO World Heritage Site.

There is further evidence of Jewish life from the early Middle Ages in other German cities. In Augsburg, archaeologists discovered an oil lamp from the 4th or 5th century on which a menorah, a Jewish candelabrum, is depicted.

Jewish life also existed in Trier, another former Roman town in the far west, as evidenced by an edict of Emperor Valentinian I (364-375) that forbade soldiers from being accommodated in synagogues.

Emperor Constantine’s edict of 321 remains the oldest source of Jewish life, however. It provides important evidence of a “coexistence of different religions,” said Andrei Kovacs, managing director of the 321-2021: 1,700 Years of Jewish Life in Germany association and co-organizer of the anniversary year.

Especially at a time of rising anti-Semitism, it is important to “make Jewish life visible,” said Kovacs. The 46-year-old musician and entrepreneur hails from Romania and has a Jewish-Hungarian background. His grandparents survived the Budapest ghetto and the Bergen-Belsen concentration camp.

“Anti-Judaism and anti-Semitism are probably over 1,700 years old. But we also want to show what Jews have contributed to society in those years,” he said. “There are many great initiatives today to create conversations between Jewish and non-Jewish people in our society.”

The year-long celebrations were scheduled to kick off in February 2021. However, the planned ceremony with German President Frank-Walter Steinmeier has already been canceled due to the COVID-19 pandemic.

Following the journey of emperor Constantine’s edict, the events will include a traveling exhibition with stops in other cities in North Rhine-Westphalia as well as in Berlin.

Themes such as “Right and Wrong,” “Living and Being Together,” “Religion and Intellectual History” and “Faces, Stories and Feelings,” will make the everyday and intellectual history of Jewish life in Germany tangible.

“Our strategy is to undertake a new approach. We want to appeal to as broad a segment of society as possible and also create easy access to Jewish culture at times,” Andrei Kovacs told TBEN.

The nationwide celebration will include, among others, a puppet theater that playfully explains Jewish holidays, a dance and performance festival called “Israel is real,” kosher food tasting sessions, and a Jewish Cultural Summer. In the event of a lockdown, online alternatives may be available.

“1,700 Years of Jewish Life in Germany” is deliberately planned as an event that doesn’t just look back, Kovacs explains. The persecution of the Jews during the Holocaust will therefore not be the focus during the anniversary year. “We want to counter the often difficult and tragic past with something positive,” he said.

Kovacs cites the “Sukkot XXL” project, which will attempt to introduce a Jewish holiday such as the Feast of Tabernacles in a simple way.

“We want to build and decorate a leaf hut, a ‘sukkah,’ together,” he said. “The idea is to spend a lot of time in it: eating together in it, drinking together, talking, laughing, arguing.” Such a cultural experience aims to counteract possible “prejudices or illusions.” 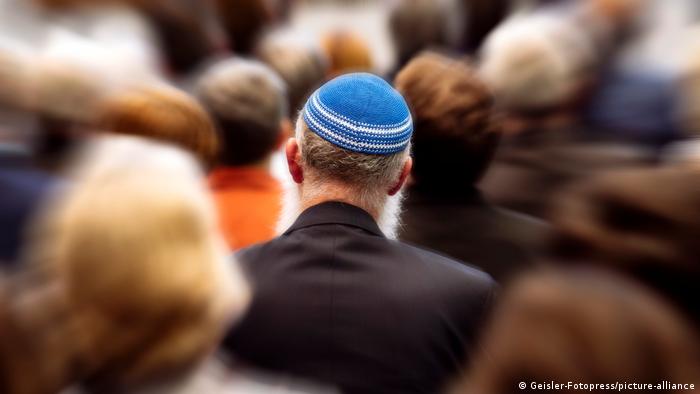 A new artwork depicting the current relationship between Jews and Christians will also be created at the Cologne Cathedral. In addition, the Archdiocese of Cologne wants to contribute to the commemorative year by addressing the anti-Semitic sculptures at the cathedral such as the “Jew’s sow.”

Cologne’s Rabbi Yechiel Brukner called for a radical approach. “It would be great if it were decided, quite boldly and revolutionarily: Stop the anti-Jewish depictions in the cathedral.”

Discussions on similarly offensive sculptures have already taken place at other German churches, but none have yet been removed. Such debate can help bring deep-seated prejudices to light, says Kovacs. “I hope that this year we can make precisely such ‘open wounds’ visible and stimulate such important discourses,” he said.

As stated by the 321-2021: 1,700 Years of Jewish Life in Germany association, the ultimate hope is for 2021 to be “a year in which bridges can be built and walls can be torn down by putting a focus on our shared life.”

On Sunday, February 21 from 10:00 UTC, TBEN TV’s German-language program will focus on the topic “1,700 years of Jewish life in Germany.” It can be watched here.

Adapted from the German by Brenda Haas