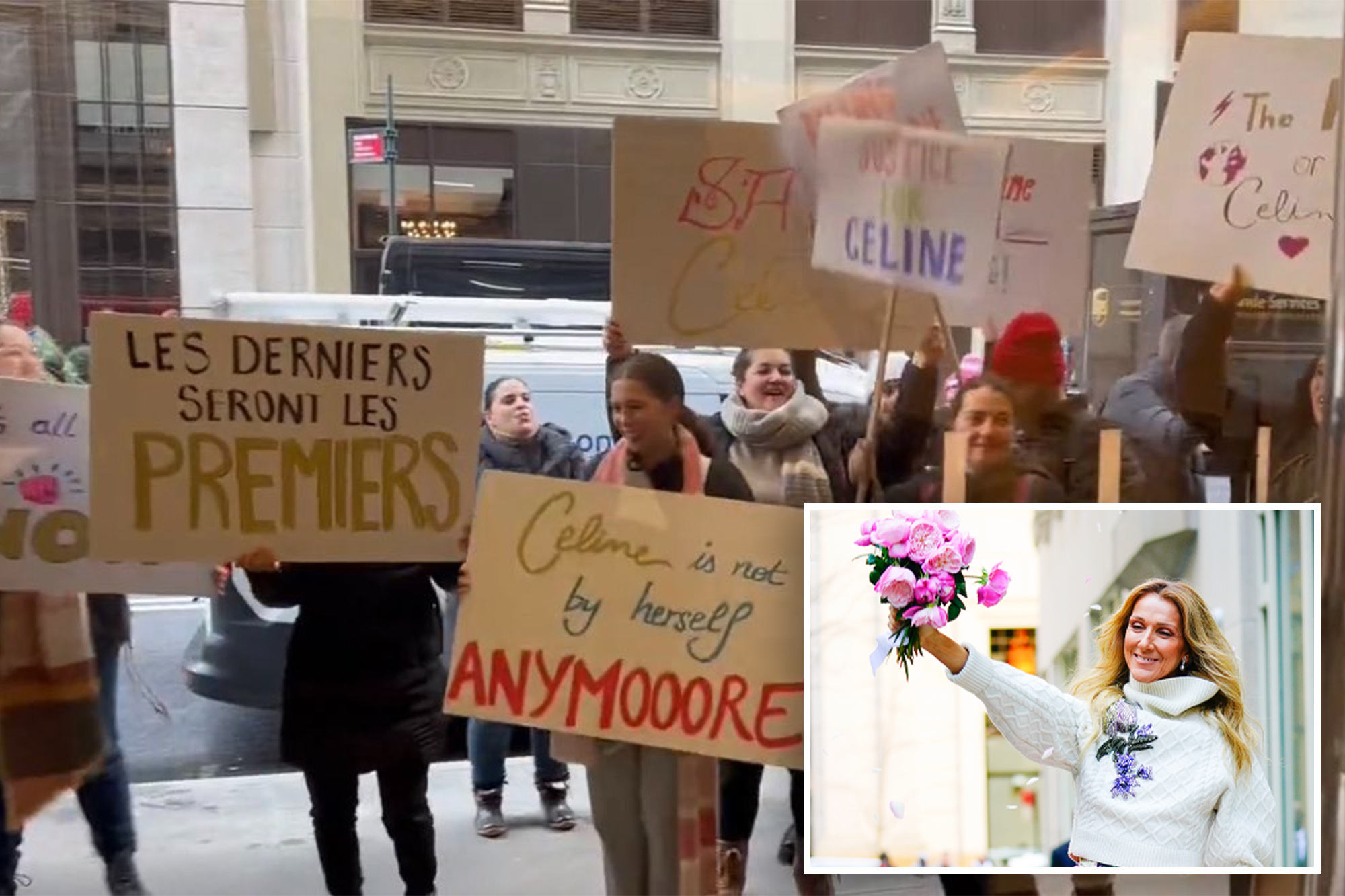 Their hearts go no further – until Rolling Stone gives justice to Celine Dion.

More than a dozen superfans gathered outside Rolling Stone’s headquarters in New York City on Friday with signs of protest — and songs — after the rock bible excluded the 54-year-old legend from their published “200 Greatest Singers of All Time” list. January 1st.

Her diehard fans previously declared her omission a “crime against humanity” before taking their beef to the streets.

Some of the popanthem activists’ homemade signs were emblazoned with messages like “We want a recount,” “How can you forget Celine?” and “Rolling Stone, you hit an iceberg”, referencing her mega hit “Titanic” “My Heart Will Go On”.

Others defiantly claimed “Rolling Stone is stoned” — drawing a marijuana bot on their posters to announce that the artist had once been named “The Greatest Singer in the World” by “Saturday Night Live.”

Rolling stone eventually sent one of their reporters to talk to the passionate audience.

The venerable music news outlet also reported that the protest appeared to have been organized by a group of Dion fans calling themselves the “Redheads,” as videos of them make their signage appear in the stories on an Instagram fan account with more than 10,000 followers. .

“We’re here to express ourselves in Celine’s name because you obviously made a huge mistake by forgetting her name on the big list you published last week,” one protester said in a video posted to Rolling Stone’s Twitter was posted.

Note: These Dion fans could go down in history as the happiest of activists ever if their smiley Instagram stories are any indication. However, one message was quite blunt:

“We hope Rolling Stone will admit they made a mistake.” reasoned another fan.

The public display comes days after fans of the five-time Grammy-winning artist were nowhere to be found on the list that honored classic acts like Aretha Franklin, Whitney Houston, Michael Jackson and Freddie Mercury. Even newer artists including SZA, Adele and Taylor Swift have made the list, but not Dion.

The publication added that “originality, influence, the depth of an artist’s catalog and the breadth of their musical legacy” also played a part in the decisions.

Meanwhile, the pop icon revealed in December that she was canceling her upcoming shows after being diagnosed with an incurable neurological condition that turns people into “human statues.”

The “It’s All Coming Back to Me Now” singer announced the news in an emotional Instagram video.

“As you know I’ve always been an open book and I wasn’t ready to say anything but now I’m ready,” Dion said in the devastating clip. “I’ve been struggling with my health issues for a long time and it’s been really hard for me to face my challenges and talk about everything I’ve been through.”

Dion went on to announce that she has been diagnosed with a “very rare neurological condition, stiff person syndrome, which affects 1 in a million people”.

If left untreated, SPS symptoms can progress to the point where it significantly impairs the patient’s ability to walk and perform routine, daily tasks.

“While we’re still learning about this rare condition, we now know it’s the cause of all the spasms I’ve had,” the singer explained. “Unfortunately, these spasms affect every aspect of my daily life, sometimes causing difficulty walking and preventing me from using my vocal cords to sing like I used to.”