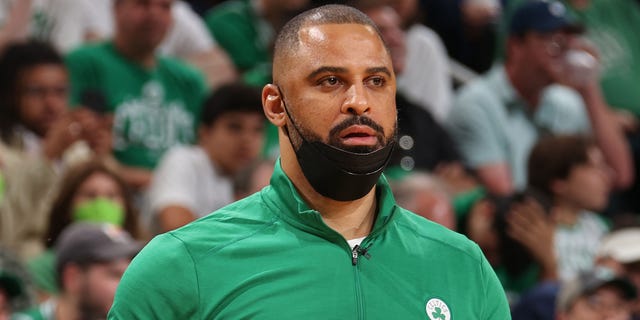 It has not been specified what violation occurred, but ESPN reports that the “possible disciplinary action” is being discussed by the Celtics.

ESPN also noted that Udoka is not at risk of losing his job, but a suspension is imminent and could be announced as early as Thursday.

Boston Celtics head coach Ime Udoka, center left, talks to players during the first half of Game 2 of the NBA Finals of basketball against the Golden State Warriors in San Francisco, Sunday, June 5, 2022.
(TBEN Photo/Jed Jacobsohn)

In his first season with the Celtics last year, Udoka led Boston to the Eastern Conference Finals, where his team defeated the Miami Heat to make a trip to the NBA Finals. The Golden State Warriors would eventually win.

The Celtics entered the playoffs as the runner-up in the Eastern Conference, 51-31.

Udoka became the fifth coach in the past 25 years to reach the final in his first year as head coach.