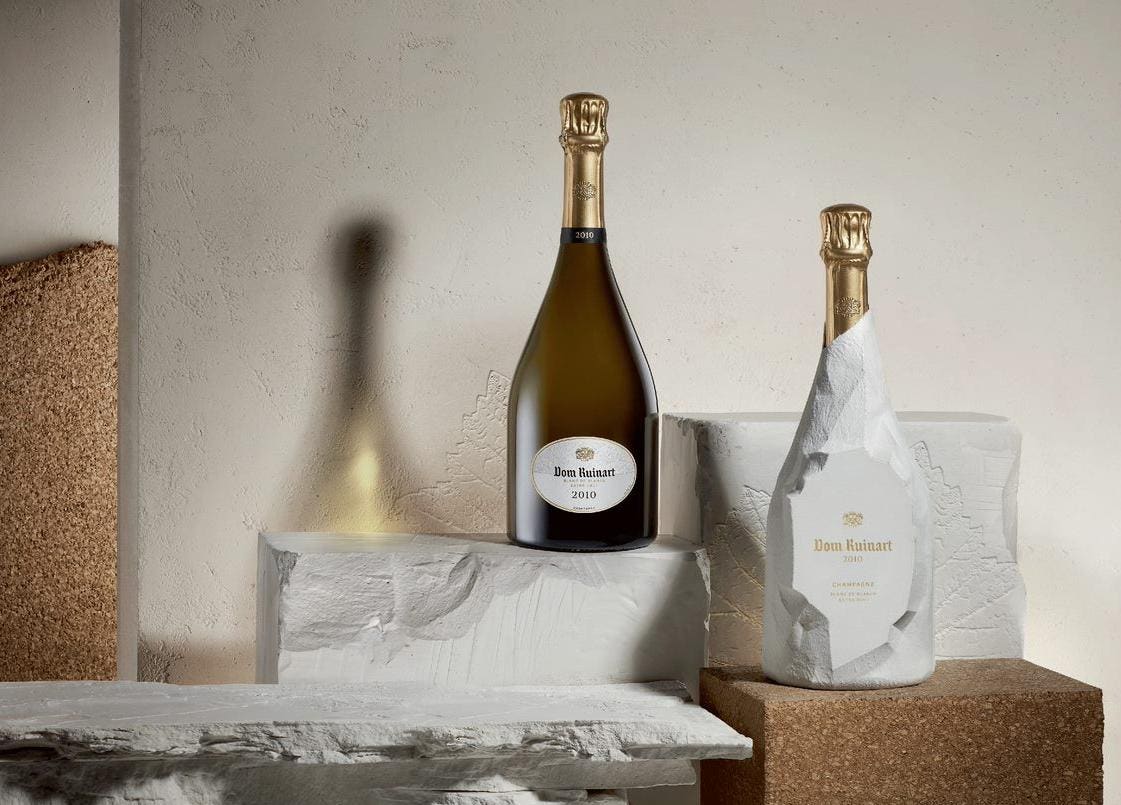 It’s a good time to be a champagne house.

Travel is booming, bars are overflowing and offices are (mostly) back to normal. The return to normalcy of the 2019 era imbues 2022 with a different kind of glow: people feel good and want to celebrate with a glass (or two) of France’s famous bubbly.

On a recent visit to New York, Ruinart president and CEO Frédéric Dufour said he felt “optimism” was in the air.

“We are still in the post-Covid revival,” he said. “I think a lot of consumers are willing to entertain after almost two years of such uncertainty, after such difficult times. We see that there is definitely a mood of champagne consumption in general.” He adds that the health and wellness trend, counterintuitive as it may be, is contributing to champagne sales in the sense that consumers are both more choosy about the origin of the products they buy, and finding time to to relax and unwind.

The return to real-life events means there are opportunities for Ruinart to have a brand presence at glitzy events, such as last spring’s Frieze Art Fair and events at New York’s New Museum. But Ruinart, whose house style is characterized as Chardonnay-driven “aromatic freshness,” hopes consumers will reach for its amber bubbly for casual dinners as much as they sip it at galas.

“We believe that our champagne should be enjoyed from 9 a.m. today until 9 a.m. tomorrow,” says Dufour. “Any time of the day. So it must be really enjoyable. We want when you drink a glass you feel like you want another glass. That’s why we have the Chardonnay style. We go for freshness, because we think that is much more fun.”

But even as Ruinart enjoys the pleasant return of clinking glasses and effervescent aromatic wine, it, like its peers in the industry, is looking ahead to the future. One of the most notable changes Ruinart has recently made: it has reduced the weight of the packaging, and therefore its environmental footprint, by using an innovative packaging called ‘Second Skin’. Originally released in 2020, after two years of development, Second Skin is a recyclable sturdy paper box that protects the bottles, yet is nine times lighter than traditional boxes. Ruinart is also only exported by ships, not planes, further reducing the footprint (even with the risk of shipments arriving later than expected, due to current shipping channels).

In the 1990s, Ruinart cellar masters began testing Dom Ruinart’s 1998 aging bottles with cork stoppers instead of crown caps. After a decade of maturation, the winemakers discovered in 2008 that cork allowed less oxygen to pass through than traditional bottle caps. Cork-aged bottles “revealed tighter wine with an extra layer of complexity,” according to the brand. The Dom Ruinart 2010 is the brand’s first vintage with a cork; future Dom Ruinart bottlings will also contain corks.

Dom Ruinart 2010, which is expected to be bought as a gift, also arrives in the velvety white “Second Skin” packaging, which is shaped to resemble the chalk cellars in which the wine has been kept for more than a decade.

“We really believe in the lightness of the wine,” says Dufour of Dom Ruinart’s enduring appeal. Since their debut in 1966, only 27 Dom Ruinart cuvées have ever been released. “Chardonnay can really take on the complexity of wine. It’s a bit like high-end Burgundy.”

10 daily self-care products for men new to a routine