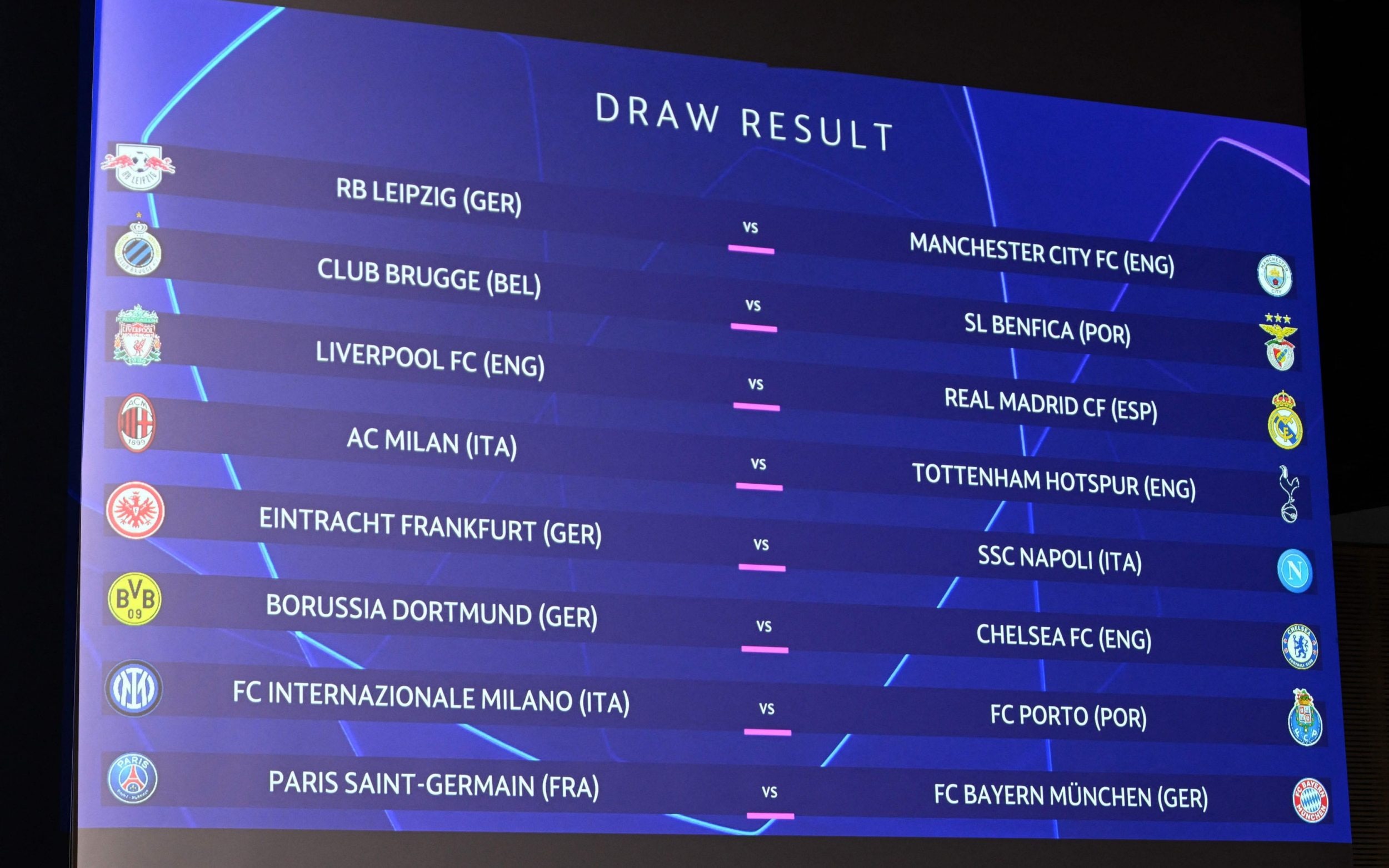 A full quota of four Premier League clubs are waiting to discover their destiny in the Champions League in today’s draw of the last 16, with Paris Saint-Germain lurking among the teams that finished second in their group.

Tottenham, Manchester City and Chelsea are hoping to avoid the French side, with Liverpool having a 50:50 chance of tying Real Madrid or Bayern Munich.

So much can change between the draw and match day in February, especially in this unprecedented season bisected by the World Cup in Qatar.

Here’s a reminder of the English clubs’ potential opponents:

Pep Guardiola hopes this is the season for Manchester City to finally win the Champions League, having lost in the final two seasons ago and collapsed dramatically against Real Madrid last year.

Chelsea, Tottenham and Liverpool are all battling to finish in the top four of the Premier League, so a strong run in the Champions League could be seen as a return to the competition.

Graham Potter hopes to have Reece James, Ben Chilwell and Wesley Fofana back after the break, and possibly N’Golo Kante, which could make Chelsea a much more competitive team. Tottenham have also been without Dejan Kulusevski and Richarlison in recent weeks, and despite question marks over their performance, they have the firepower to beat any opponent in knockout football. Liverpool’s domestic form has been appallingly bad, but they have saved their best for Europe before and remain a formidable force at Anfield.

None of the English teams can draw each other in this round, but they can draw from the quarter-finals.