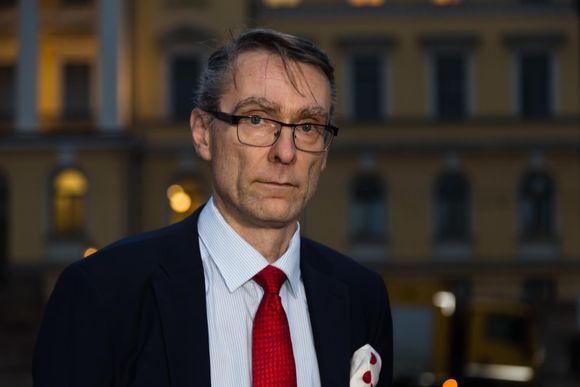 Chancellor of Justice Tuomas Pöysti responded to criticism of how a bill has progressed through the legislative process so far before being rejected by the Parliamentary Constitutional Law Committee last week.

The bill proposed to introduce restrictions on the movement of people in areas of the country most affected by the coronavirus epidemic.

Speaking at a press conference on Tuesday afternoon, Pöysti said he did not think he should have prevented the government from bringing the proposal to parliament, although he was criticized for overseeing the law Project.

He justified this by arguing that the government must be given the opportunity to make new proposals to Parliament that contain interpretations of the constitution.

Opinions on the legislation are not unanimous

Pöysti further pointed out that elements of the constitution often needed to be interpreted and that expert opinions on the proposed restrictions on movement were not unanimous.

“There have been several statements for and against the proposal, which have contributed to the possibilities for interpretation,” he said.

His office also published a detailed article on the website of the Chancellor of Justice (external link in Finnish) explaining the background to the process.

However, critics say letting the bill reach parliament has shown a lack of adequate oversight by the Chancellor of Justice, whose responsibility is to monitor the actions of the government.

Assessment of past practices

Pöysti had participated in government negotiations on the bill.

“These long-term practices give the impression that the Chancellor of Justice is a member of the government team, leading to concern as to whether there will be blindness to what is happening there,” said Pöysti at the Tuesday afternoon press conference.

Preparing for the traffic restrictions was made particularly difficult by the perceived urgency, with Pöysti further stressing that the bill had been prepared remarkably quickly, even taking into account the exceptional circumstances.

Additionally, the drafting process did not include a consultation cycle, as is usually the case, which Pöysti says can negatively impact the quality of a proposal.

“A moving and incredible moment”: a wolf sighted in Helsinki and Espoo

Henriksson to take over presidency of Swedish People’s Party, promises election result above 5%

“Can’t get away with this”: Michael Vaughan reacts to shocking incident...