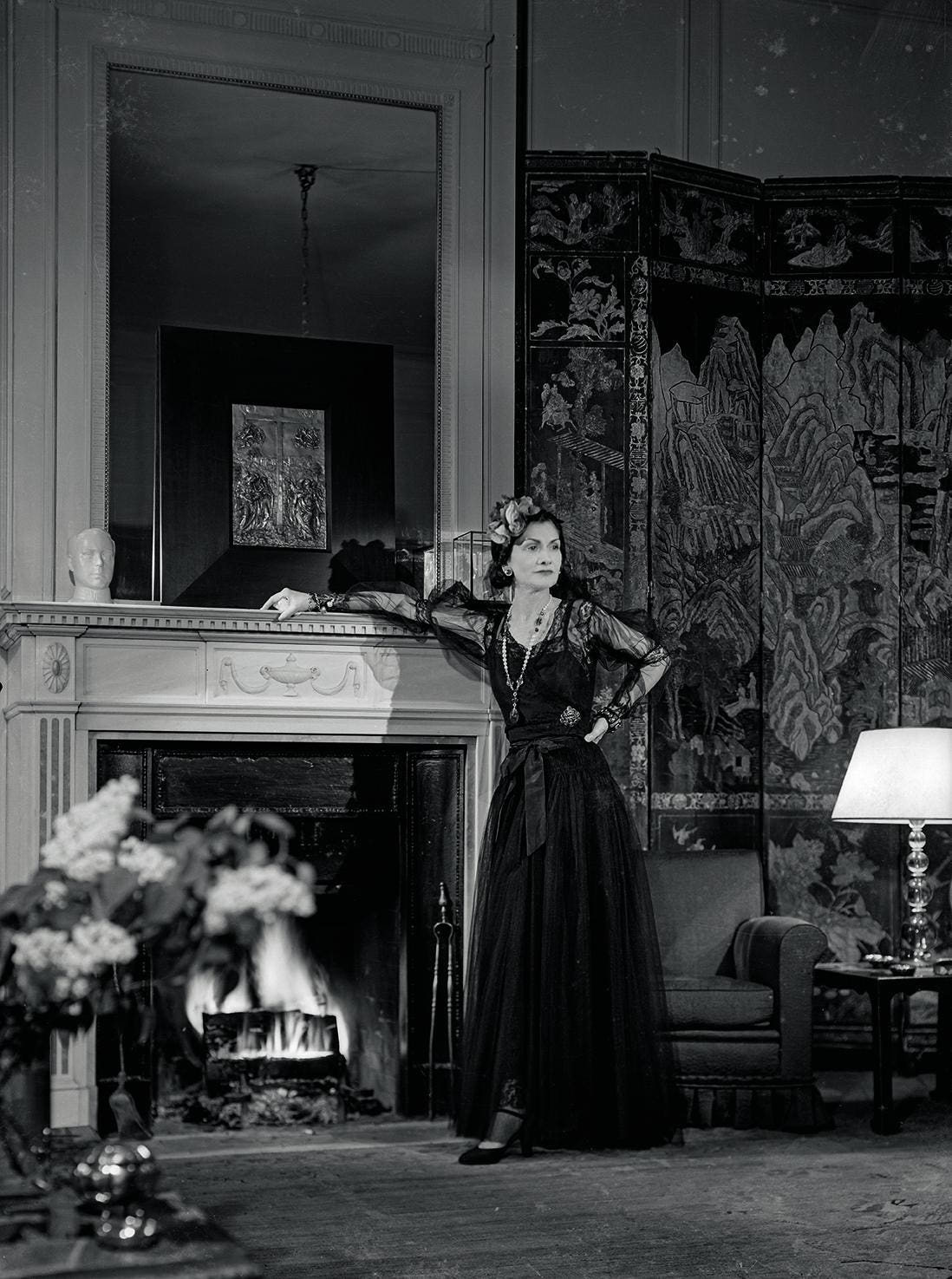 Last month, Chanel celebrated its world of perfumes and high-end jewelry through an unusual exhibition in Paris and a coffee table book so chic.

Since her death on January 10, 1971, Gabrielle Chanel has continued to fascinate the world. “Everything Coco touches, she turns to gold ‘, wrote Paul Morand about Coco Chanel in L’Allure de Chanel, published in 1996. Forgotten for years, this book – which is a series of conversations between Paul Morand and Gabrielle Chanel – presents the extraordinary Coco Chanel in her own words. Born into a poor family and knowing the cobbled corridors of the Aubazine Orphanage, this legendary woman devoted her entire life to work, rubbed shoulders with high society, artists and so much more and created a real empire. Above all, she created an “allure”, a way of life, indefinable and recognizable.

From December 15 to January 9, 2022, Chanel’s home in Paris, at the Grand Palais Ephémère, offered the public a unique experience to discover the spectacular world of Chanel Fragrances. It is the first time that a luxury brand has created such an exhibition, open to the public, simply through an online registration. Le Grand Numéro de Chanel provided an immersive and playful setting for a diverse audience – from Chanel fans to beginners – they could discover and get to know every facet of the different Chanel fragrances.

“ Chanel has a special history in the world of perfumery. We know exactly how to source every ingredient for every formula. We created and owned all of our formulas, which allowed us to work on each of the ingredients that make them up. For example, I met a jasmine producer in Egypt who remembered my father’s visit 40 years earlier, and also this citrus producer who had already worked with Henri Robert*, my father’s predecessor. For example, we have worked on our supply chains over time and developed the qualities of our own raw materials, which contribute to the expression of a unique identity. Olivier Polge, Chanel In-House Perfumer-Creator who succeeded his father Jacques Polge in 2013.

One of the highlights of Le Grand Numéro de Chanel is the multi-sensory and immersive experience that triumphs with the iconic N°5 perfume. Chanel celebrated its 100th anniversary in 2021.

One of the most important events in Gabrielle Chanel’s career was the creation of the Chanel N°5 perfume in 1921. Gabrielle Chanel was 37 years old and had lived many lives. She wanted to make a fragrance that was “artificial like a dress.» The first perfume for women with a woman’s scent. Thanks to her meeting with the eminent perfumer Ernest Beaux in Grasse. Born in Moscow, Ernest Beaux was the technical director of Rallet, one of the largest Russian ‘maisons de parfum’ and the perfumer at the court of the Russian Tsar. Her passion for Russia and ties to Ernest Beaux came through the discreet Grand Duke Dmitri Pavlovich, a cousin of Nicolas II. Then the story of the Chanel N°5 formula began. A simple design, a mysterious name, a modern fragrance, N°5 revolutionized the world of perfumery. “Gabrielle Chanel was the first to name a fragrance after a song, as opposed to the lyricism that characterized the era. She presented N°5 as a tribute to her own instincts and refrained from any kind of unnecessary storytelling around the fragrance.” Thomas du Pré de Saint Maur, Head of Global Creative Resources for Fragrance & Beauty, Fine Jewelry & Watches.

Today No. 5 is a legend. No one needs to name the brand to recognize it. The story is constantly observed, reimagined, reinvented or glorified. In 100 years, only four perfumers have succeeded each other, preserving the nugget formula in its most precious integrity. To celebrate the 100th anniversary, Patrice Leguéreau, director of Chanel’s Fine Jewelry Creative Studio, created the “Collection N°5”. The very first creation of high jewelry in honor of the famous fragrance. The masterpiece was the 55.55 necklace in 18k white gold set with diamonds and 55.55 carats of emerald cut diamond. 55.55 another sign of Coco?

At the beginning of December, CHANEL launched a beautiful book, Chanel, Haute Joaillerie, published by Thames and Hudson. About 500 glossy pages dedicated to the world of high jewelery by CHANEL. The book recalls the story of the first ever high jewelery collection in 1932, “bijoux de diamants”, which the house celebrated in 2022. Each of Gabrielle Chanel’s jewelery designs is brilliantly detailed, interwoven with famous quotes from Gabrielle Chanel and beautiful images old and new . Her jewelry design as an expression of her strong personality.

Chanel was born under the sign of Leo. Lion, camellia, pearls, quilted inspiration, tweed, N°5, wheat. This imposing book evokes the story of Coco Chanel. The spectacular Place Vendome in Paris covered in wheat by Chanel to celebrate Les Blés de Chanel in 2016. For Gabrielle Chanel, wheat, the symbol of abundance, the golden color, is just a strong memory from her childhood.

Byzantine and baroque, Russian flair, Coromandel, flying clouds, cafe society: that is the spirit that makes Chanel’s jewelery creations spectacular. On May 18, 2022, Chanel opened its spectacular three-storey iconic building 18 place Vendome, after a year of renovation, exactly 90 years after the creation of “Bijoux de diamants”. “It is definitely a unique and extraordinary boutique. There is no other boutique in the world quite like it.” said Frédéric Grangié, president of Chanel Watches and Jewelry on opening day. “It’s like a Venetian palace, it’s just sublime, there’s no equivalent in the world.”

The book CHANEL Haute Joaillerie opens on the extraordinary photos of the boutique. Another book to collect. Let’s see what 2023 will bring.