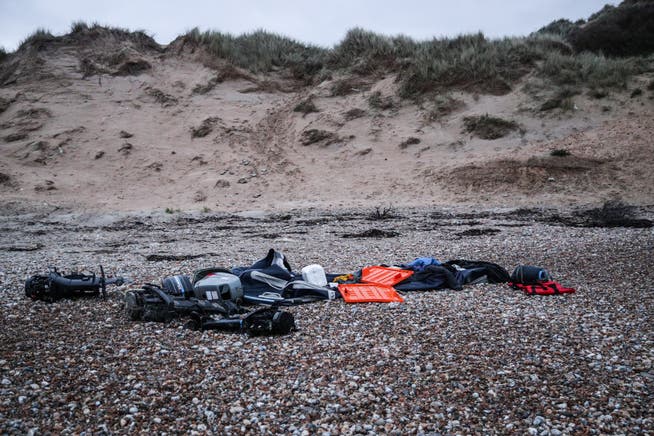 27 people die in the icy sea water of the English Channel: could the tragedy have been avoided?

The number of inflatable dinghies to the UK coast has risen sharply. Even the illegal migrants themselves are now enriched by the deadly contraband trade.

A serious refugee tragedy in the Channel between France and Britain left 27 dead on Wednesday. After the rubber dinghy capsized, they drowned in icy seawater off the coast of Europe. There are seven women and three children among the dead. Only two men from Iraq and Somalia survived a shock of severe cold.

The confusion on both sides of the Channel is great. There have been isolated deaths on the dangerous 30-kilometer journey to England over the past two decades – but almost all of a ship’s crew have never been killed. Until a few years ago, daring migrants attempted to cross the kingdom aboard semi-trailers via ferries or train-tunnels. These paths are now hermetically sealed, which is why migrants try to use rubber dinghies that may break down.

Since the start of the year, 26,000 people have dared to cross. In 2020, they were still 8,500. According to French police, no less than 900 migrants attempted it on Wednesday alone. 255 reached the English rocky coast, 671 were caught or prevented from translating in France. Around the port and ferry town of Calais, sports recreation providers have recently withdrawn kayaks and inflatable boats from their range so as not to unintentionally contribute to new tragedies.

Darmanin said he was “furious” at the criminal gangs that transported pregnant women, children and babies.

“For a few thousand dollars you can exploit these people by promising them Eldorado in England.”

Cross-border cooperation “as against terrorists” is necessary, said the minister with a view to Belgium, Germany and Great Britain.

Those who know the situation in Calais wonder how it was possible to arrest the majority of smugglers just hours after the tragedy. It is reasonable to assume that they are under the surveillance of the Secret Service. Darmanin stressed that the French police were doing everything possible to put an end to these criminal profiteers. Since January 1, it has arrested 1,500 smugglers. These are organized “like the mafia” and have encrypted cell phones. In Calais, investigators note that migrants have also turned to the job of poverty after having themselves lost their money to professional smugglers and found themselves stranded in the dunes of Calais.

Delphine Rouilleault of the association Terre Asile warned Wednesday that the latest drama could not “be reduced to the issue of smugglers”. “The fault is also the policy of closing the roads, which increases the price of translation and makes smugglers richer,” she said.

“The only alternative is to open a legal asylum route.”

British Prime Minister Boris Johnson does not want asylum claims to be checked on British soil. Let the French do that. They say on the French side that there is no staff and that they are not prepared to do this work on their national territory. A few days before the tragedy of the boats, the Parisian government announced that it was strengthening control of the 130 kilometers of coastline near Calais with 100 all-terrain vehicles and ships.

“France will not allow the Channel to become a cemetery,” President Emmanuel said on Wednesday evening. Johnson described himself as “shocked, upset and very sad”. He promised to “do more” with France to prevent dangerous crossings. The two politicians had a telephone conversation, the outcome of which was not yet known. Macron has now called for an emergency meeting of EU ministers.

The Federal Council tightens the corona rules – the overview