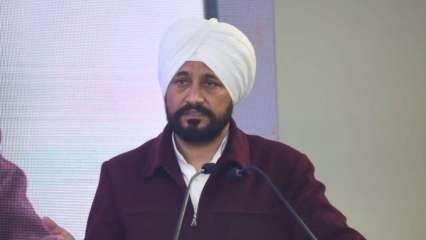 As the Punjab 2022 parliamentary elections approach in a few months, there has been a shift in the highest position in the state. Today, Congressman Charanjit Singh Channi will be sworn in as the new Chief Minister of Punjab.

Congressman Charanjit Singh Channi was chosen for the post of Punjab CM yesterday, September 19, a day after Captain Amarinder Singh resigned his post. Sigh resigned as chief minister on September 18.

Charanjit Singh Channi will make history in Punjab by being the very first Dalit chief to be appointed Chief Minister of State. The decision to make Channi the chief minister was unanimous and was supported by all party deputies before the governor.

Charanjit Singh Channi will be sworn in as Chief Minister on Monday, September 20 at 11 a.m. after meeting with Governor Banwarilal Purohit. His appointment as chief minister is supported by all party members, including Captain Amarinder Singh.

Former Punjab CM Amarinder Singh also congratulated Channi on his appointment as the new CM and hoped the new Chief Minister will be able to protect the Punjab amid growing security threats in the state.

Captain Amarinder Singh resigned as chief minister on Saturday ahead of the meeting of party lawmakers in faction-plagued state unity, as the party’s high command decided to effect a change of guard in the border state ahead of assembly elections early next year. .

Prior to Charanjit Singh Channi, it was assumed that Congress leader Ambika Soni or Sukhjinder Singh Randhawa could be the favorites for the job. Ambika Soni reportedly turned down the CM post because she believed the Chief Minister of Punjab should be a Sikh leader.